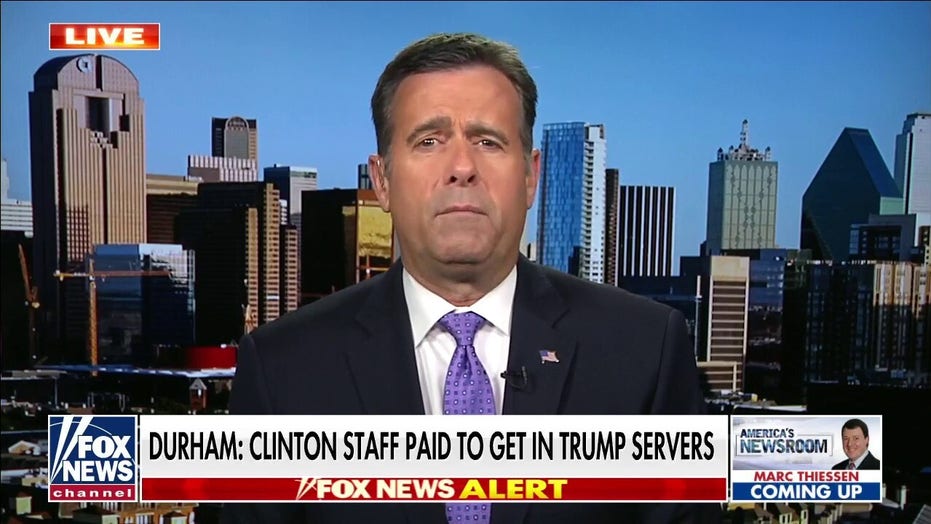 Former Director of National Intelligence John Ratcliffe says he believes there was a ‘criminal conspiracy’ by the Clinton campaign to spy on former President Trump.

Former Director of National Intelligence John Ratcliffe said on ‘Americas Newsroom’ Monday he expects “quite a few” more indictments to come from U.S. Attorney John Durham’s investigation. Fox News first reported on Durham’s latest filing, which alleged that lawyers from Hillary Clinton‘s presidential campaign in 2016 had paid to “infiltrate” servers belonging to Trump Tower and later the White House, in order to establish an “inference” and “narrative” to bring to federal government agencies linking Donald Trump to Russia.

JOHN RATCLIFFE: I think this pleading alleges or alludes to a conspiracy meaning two or more people in furtherance of a crime and anyone that was aware that this campaign plan was going to be falsely pitched to the FBI or the CIA or law enforcement or intelligence authorities would be subject to criminal prosecution for any number of criminal crimes. Mail fraud, wire fraud lying under oath, congressional testimony, false testimony to prosecutors. All of those things. So it could go broadly and deeply. I think it does based on intelligence that I have seen and that I discussed with John Durham. I’ve been saying there’d be indictments before there were any and the folks that have been indicted, that does relate to intelligence that I shared with John Durham. And based on more intelligence that has not yet been declassified, I would expect there to be frankly, quite a few more indictments. I think this conspiracy, and I do think there was a criminal conspiracy, is broad and deep. And I hope that, obviously John Durham is moving carefully. But I would expect and anticipate based on the intelligence that I’ve seen that there would be quite a few more indictments relating to this. 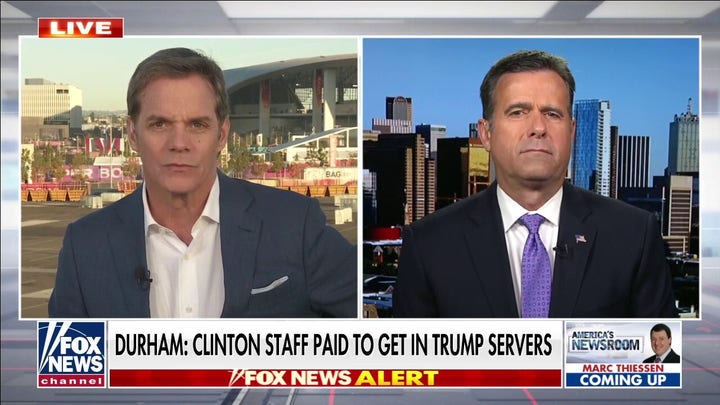