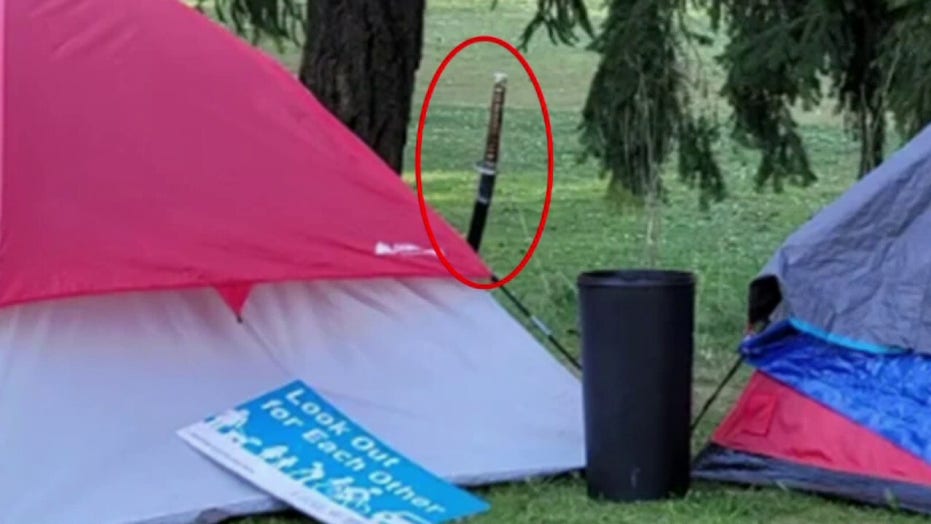 Ryle Goodrich says that despite the potential dangers posed to children, the city has not made plans to remove the encampment.

Students finally returning to campus at one Seattle school were greeted with a sprawling and dangerous homeless encampment that has parents so worried about safety, some kids have already been pulled from class. If you saw what they did, you would pull your kids too.

Only one small, reinforced fence separates the playground at Broadview-Thompson K-8 in North Seattle from a growing homeless encampment. It’s so dangerous that the school announced they’ll only allow students, staff and visitors to enter and exit from one side of the school.

But Seattle’s school board refuses to remove the encampment. Board members are ideologically and stubbornly opposed to sweeps.

Take a tour of the park attached to the east side of the campus and you’ll find weapons, illegal burns and open drug use. Over 50 tents have taken much of the green space, giving its homeless residents prime real estate overlooking beautiful Bitter Lake. Fights break out, meth use is common, and there’s a whole lot of trash.

“There have been sightings of drugs, feces, a skull tied to a tree, a sword, and explicit behavior,” a mother of a 5-year-old attending the school emailed my Seattle-based talk radio show. “This is a matter of safety for kindergarteners through 8th grade. I’m concerned for the faculty and parents that have to maintain a distance from the tents and keep their composure so kids don’t worry.”

Nearby residents have complained about the encampment for months, begging for the city to clear the space. Not only is it dangerous, but it also betrays the city’s commitment to protecting the environment.

“After putting up with this for nine months, and it has doubled, tripled in size, it’s overwhelming and exhausting and after all that to have the district essentially endorse it and provide safe haven for it that was a little hard for us,” a neighbor told a local TV station.

But the city can’t do much. The land is owned by the school district. With school reopening last Monday, you’d think they might respond to the desperate cries of students, parents and neighbors. You’d be wrong.

Seattle school board president Chandra Hampson and her fellow radical board members refuse to have the encampment moved, declaring sweeps “decidedly inhumane.” They’ve expressed no interest in protecting students or staff from the homeless.

In a statement co-authored by school board director Zachary DeWolf, the pair demanded: “sweeps NEVER be performed on school grounds, adjacent or elsewhere in this City.”

Many Seattle activists object to anything short of subsidized housing for the homeless. They routinely fight to keep people on the streets, in the name of compassion, while demanding the city invest in permanent housing.

Simply putting the homeless into housing without addressing the root causes of their situations is a waste of tax dollars.

It was a position echoed in a statement released by Seattle public schools: “Simply removing them from district property won’t result in a permanent solution for the area.”

But what they want isn’t a permanent solution to homelessness. These people weren’t born homeless. Many landed on the streets due to untreated mental illness or addiction. Some even have criminal backgrounds that make them particularly dangerous to nearby children.

Simply putting the homeless into housing without addressing the root causes of their situations is a waste of tax dollars. It also permanently keeps them dependent on subsidies from the city. Seattle’s permissive approach to homelessness is why the situation has worsened: we’re into year 16 of the 10-year plan to end homelessness.

Consequently, the encampment continues to get bigger. And its impact on the children can’t be understated.

Ryle Goodrich is a concerned father who frequently checks out the camp. He is concerned about the safety of his young son who attends the school. On a recent visit, he photographed a samurai sword resting on the side of a tent. When he discussed it with his wife that evening, his son overheard the conversation and had a “freak-out.”

“He is already nervous because he watches what goes on at the encampment during recess and says there is some sort of skull above a tent as a warning sign, which he finds scary,” Goodrich told the “Jason Rantz Show” on KTTH. “So I had to comfort him and tell him everything is OK, that there is a fence and lots of adults to protect him. However, I’m really not sure it is OK, I’m just hoping it is OK. It’s not a good feeling.”

This isn’t the first controversy concerning an encampment at a school. Across town, in the Capitol Hill neighborhood near the former Capitol Hill Autonomous Zone (CHAZ), nearly 50 tents took over the park attached to Meany Middle School. Again, the school board refused to sweep the encampment, even as tents blocked the entrance to the school’s gym.

I obtained emails board members sent to Seattle Mayor Jenny Durkan’s office. They explicitly ask the city not to sweep the encampment. 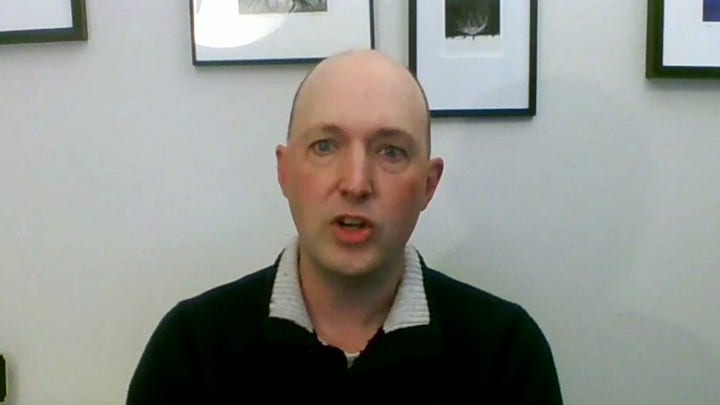 “I want to state very clearly this is not an ask for a sweep! I do not believe in sweeps. People experiencing homelessness need housing and resources not traumatic sweeps of their livelihoods and belongings,” board member DeWolf wrote.

But he did ask for “some support – we are bringing students back to classrooms and school buildings/campuses in a matter of a few weeks. Do you have any ideas for how to help?”

After protracted negotiations, the city finally swept the encampment once it was clear that it was city-owned land. They offered every homeless person access to shelter – from tiny homes to hotel rooms – and many took them up on their offer. When you get more aggressive in your offers of resources, many will say yes. But it’s not the approach the board will allow.

Parents trying to contact board president Hampson had little luck. On her board Facebook page, Hampson was caught deleting critical comments of how she’s handling this controversy.

One user noted that “by constantly deleting the incredible amount of critical comments on what you’re doing to these kids, you’re just reaffirming the image that you have created for yourself – a woke activist who cares more about her social justice cause and drug addicts than the kids entrusted in her care.”

Hampson eventually deleted the entire page to avoid the criticism, while blocking critics on Twitter. She’ll clean up her Facebook page of nasty comments, but she stands in the way of cleaning up an encampment that poses a direct threat to the children she’s supposed to protect.