Fox News contributor Jason Chaffetz tore into the Biden-Harris administration Friday during an appearance on “The Ingraham Angle.”

Chaffetz, a Republican former congressman from Utah, claimed the Democrats have performed far below expectations – both on policy and in selling their ideas to the public — as they approach one full year in office.

JASON CHAFFETZ: Yeah, I mean [Harris’] biggest mistake was she didn’t get out, away from the office enough and … so the antidote is more television — where she can’t answer basic television [questions]? Are you kidding me?

The fundamental problem with Biden and Harris is that their policies suck. They make America worse. And that’s only going to exacerbate the problem.

They gave it their best shot for the first 12 months. They made America worse, they don’t have something to fall back on.

It’s certainly not their oration skills. They’re not gonna go out and ‘wow’ a crowd.

I don’t know where they fall back to but they’ve absolutely blown it. They did it on Day One, they did it with exactly what they wanted.

You know, Biden was out there saying he wants to build bridges with infrastructure. He hasn’t built a bridge with Congress, let alone out in America. 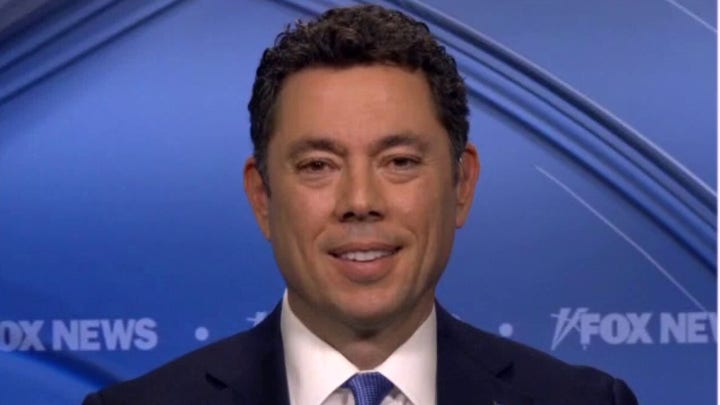 Boris Johnson's foreign secretary, Dominic Raab, repeatedly refused to say 'all votes should be counted' in the US election

Jonathan Turley: Facebook vs. Trump – Big Tech has allowed for the creation of a state media without the state