In media news today, an MSNBC reporter warns that Republicans in state legislature are passing voting laws that make ‘January 6 every day,’ a CNN medical guest says that companies should not treat the unvaccinated and vaccinated as equal, and a White House reporter asks Jen Psaki why Biden hasn’t ‘focused more on scolding the unvaccinated.’

A guest on MSNBC heightened the rhetoric even more than Democrats and liberal pundits on the one-year anniversary of the Jan. 6 riot on Capitol Hill.

During a panel discussion on Thursday, Rice University history professor Douglas Brinkley agreed with Rep. Liz Cheney, R-Wy., that history will judge those who attempted to minimize the violence that took place during the peaceful transition of power, praising her as “brave” and a “true profile in courage” for bucking the rest of her party, even comparing her to “brave Republicans” like Abraham Lincoln, Theodore Roosevelt and John McCain.

“But we have film footage of happened on January 6th, and we have proof,” Brinkley told MSNBC anchor Craig Melvin. “Dwight Eisenhower during World War II, made sure all the Holocaust camps were filmed. So we’ve got the film footage, so we’re combating the conspiracy theorists, deniers and some, you know, Trumpeteers.”

“But what my worry is what do we call this and make sure we honor this day, this dark-stained day every year. So we’ve got to keep saying January 6th. I think it is like December 7th Pearl Harbor it is like the 9/11 tragedy, and we also need to not be afraid to call the Trump Insurrection of January 6th because in the end, all roads to what went wrong that day lead to Donald Trump’s ill behavior, his anti-democratic stance he took, the Big Lie, after the presidential election tallies came in. And Joe Biden had won by millions of votes,” Brinkley said.

The liberal TV pundit went on say Jan. 6 “has to be a crusade that’s every day,” citing an editorial from the New York Times declaring “every day is Jan. 6.”

“It’s not just about voting in the United States, but we have to make sure our elections aren’t sabotaged or that there’s not subversion, there’s not sorts or wild-eyed gerrymandering going on behind our backs,” Brinkley said. “Right now, our secretaries of states in different states are under attack, the death threats going on of public officials. So we are in a real neo-civil war, and it’s a battle between democracy versus a kind of nativist authoritarianism.” 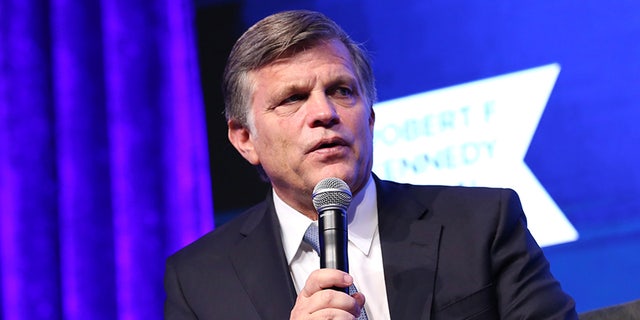 Brinkley went to seemingly endorse the Democrat-led effort to federalize elections, noting how President Biden and Vice President Harris are set to promote the John Lewis Voting Rights Act next week in Atlanta.

“We’ve got to secure free and fair elections. That’s the heart and soul of our democracy. That’s been our great export. We are the world’s oldest democracy. And we don’t defend that, we’re in dark, troubled times,” Brinkley added.

Harris similarly invoked 9/11 and Pearl Harbor during her speech commemorating the one-year anniversary of the Jan. 6 riot.

“Certain dates echo throughout history, including dates that instantly remind all who has lived through them where they were and what they were doing when our democracy came under assault,” Harris said. “Dates that occupy not only a place on our calendars but a place in our collective memory; December 7, 1941, September 11, 2001, and January 6, 2021.”

How to create 3D photos on your iPhone using Facebook, and give every photo new depth