DUBAI, United Arab Emirates (AP) — The head of Iran’s counter-coronavirus task force has tested positive for the virus himself, authorities announced Tuesday, showing the challenges facing the Islamic Republic amid concerns the outbreak may be far wider than officially acknowledged.

The announcement regarding Iraj Harirchi came after he gave a news conference with journalists in Tehran about the virus just one day prior, seeking to minimize the danger posed by the outbreak.

The United Arab Emirates on Tuesday meanwhile banned all flights to and from Iran over the outbreak of the new coronavirus, just a day after its spread from the Islamic Republic was announced across multiple Mideast nations. Iran earlier raised the official death toll from the virus to 15 killed amid 95 confirmed infections.

Health Ministry spokesman Kianoush Jahanpour confirmed Harirchi had the virus. Harirchi himself posted an online video saying he had the virus and that he had quarantined himself at his home. He promised that authorities would bring the virus under control.

However, having the top official in charge of stopping the virus become sick with it is just the latest woe to befall Iran as the UAE cut off Iranian flights from the country.

The UAE, home to long-haul carriers Emirates and Etihad, remains a key international transit route for Iran’s 80 million people. The flight ban, which will last at least a week, shows the growing concern over the spread of the virus in Iran amid worries the outbreak may be larger than what authorities there now acknowledge.

The Emirates’ General Civil Aviation Authority made the announcement via the country’s state-run WAM news agency, just hours after Dubai International Airport, the world’s busiest for international travel, said there would be restrictions on flights there.

“All passenger and cargo aircraft traveling to and from Iran will be suspended for a period of one week, and could be up for extension,” the authority said. “The decision is a precautionary measure undertaken by the UAE to ensure strict monitoring and prevention of the spread of the new coronavirus.”

Emirates, the government-owned carrier based in Dubai, flies daily to Tehran. Its low-cost sister airline, FlyDubai, flies to multiple Iranian cities, as does the Sharjah-based low-cost carrier Air Arabia.

The announcement came after Bahrain said it would suspend all flights from Dubai and Sharjah, a neighboring UAE emirate that is home to Air Arabia, for 48 hours. 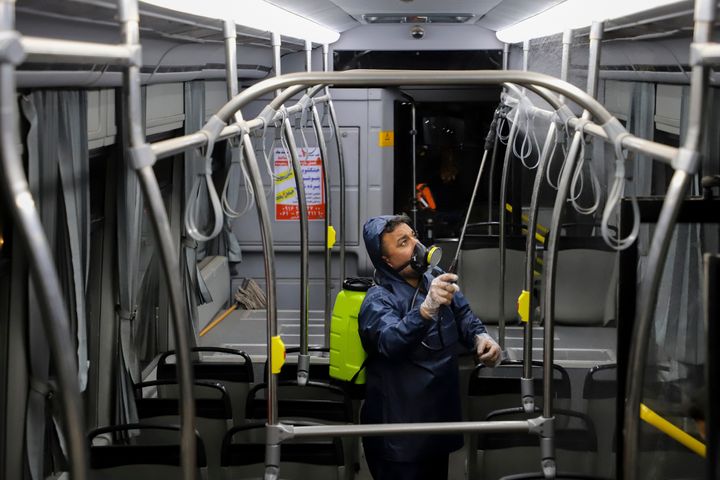 Bahrain’s Health Ministry on Tuesday raised the number of infected cases from the new virus to eight, saying that all had traveled from Iran via Dubai. Four of them have been identified as Saudi nationals. The cases were confirmed upon arrival to Bahrain during screenings at the airport, and prior to the suspension on flights to Dubai and Sharjah, according to Bahrain’s official news agency.

Dubai has been screening passengers on incoming flights from China, where the outbreak began in December. Long-haul carriers Emirates and Etihad are among the few international airlines still flying to Beijing. However, the outbreak in Iran only became public in recent days.

The novel coronavirus has infected more than 80,000 people globally, causing around 2,700 deaths, mainly in China. The World Health Organization has named the illness COVID-19, referring to its origin late last year and the coronavirus that causes it.

Iran’s government said Tuesday that 15 people had died nationwide from the new coronavirus, rejecting claims of a much higher death toll of 50 by a lawmaker from the city of Qom that has been at the epicenter of the virus in the country. The conflicting reports raised questions about the Iranian government’s transparency concerning the scale of the outbreak.

The new death toll came from Health Ministry spokesman Kianoush Jahanpour during an interview with Iranian state television. He said there were 95 confirmed cases of the virus in Iran, with many linked to Qom, a major Shiite religious center where other cases have emerged.

Iranian President Hassan Rouhani sought to reassure the nation in a speech on Tuesday, calling the new coronavirus an “uninvited and inauspicious passenger.”

Afghanistan, Kuwait, Iraq and Oman also announced their first cases of the virus on Monday and connected them to travel with Iran.

The UAE, a federation of seven sheikhdoms on the Arabian Peninsula, has reported 13 cases of the new virus. Most of those were connected to Chinese travel. 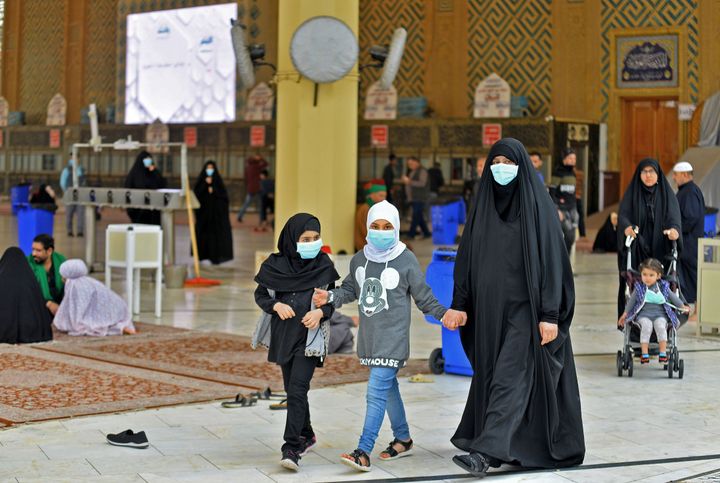 Also Tuesday, Kuwait raised the number of its infected cases to eight, according to the state-run KUNA news agency, after earlier raising the number to five. It said the three latest cases involved Kuwaiti citizens just back from Iran, without giving more details. The five previously reported cases were passengers returning on a flight from the Iranian city of Mashhad, where Iran’s government has not yet announced a single case of the virus.

Kuwait had halted transport links with Iran over the weekend and said it was evacuating its citizens from Iran.

Meanwhile, Iraq’s Health Ministry said four new cases of coronavirus were diagnosed in the northern province of Kirkuk. It said the afflicted were members of an Iraqi family who had returned from a recent trip to Iran. Iraq announced the discovery of the first coronavirus case in the country on Monday in the Shiite Muslim holy city of Najaf.

Iraq had earlier closed its border with Iran to Iranian nationals but apparently Iraqis can still cross the boundary.

Also Tuesday, a Turkish Airlines flight from Tehran to Istanbul landed in Ankara with 17 passengers suspected of having coronavirus, including some who had been to the Iranian city of Qom, Turkey’s CNN-Turk broadcaster reported. The passengers were to be quarantined at an Ankara hospital that had previously quarantined Turks returning from China’s Hubei province. Turkish Airlines has temporarily suspended most flights with Iran, apart from those with Tehran.

Turkey’s Health Minister Fahrettin Koca said the Turks on board were being repatriated due to the outbreak in Iran. All 132 passengers and crew on board would be quarantined for 14 days at the same hospital where Turkish citizens returning from China had been quarantined. “We are engaged in the maximum effort possible to protect our country from this ilness,” Koca said.

In Pakistan, about 100 pilgrims, mostly minority Pakistani Shiites, have been quarantined at a government building after returning from Iran, officials said Tuesday. The pilgrims had returned before Pakistan on Saturday closed its border with Iran at the crossing in the town of Taftan in southwestern Baluchistan province.

More than 7,000 Pakistani pilgrims remain still in Iran where health authorities will have to declare them free of the coronavirus before they can go home. Pakistan last week suspended flight operations with China, where thousands of Pakistanis have been stranded since the infectious spread there. Islamabad has no immediate plans to evacuate Pakistani citizens from China.

Mart Green: Mission of biblical proportions – this is how we're taking God's Word to every corner of the world