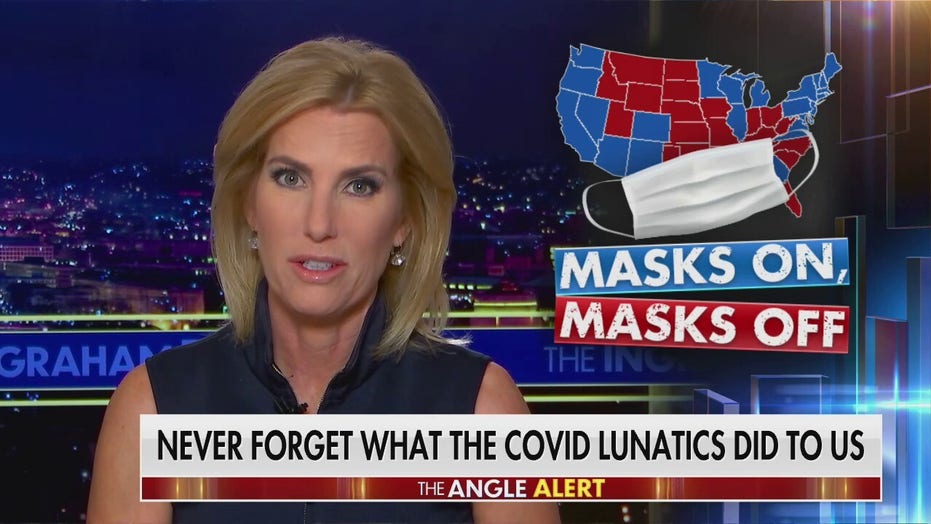 Ingraham Angle: Masks on, masks off

Democrats are scrambling to cover their COVID tracks, but we will never forget what they did to us

Laura Ingraham blasted Democrats for going soft on mask mandates only because it is politically expedient during Tuesday’s monologue.

“As usual, Biden’s right on time, just in time for omicron to kind of fade away and even liberal governors to announce that they’re slowly dropping the mandates. Now, long ago, the Angle told you that the Democrats would only pull the mask mandates when they decided that the issue was hurting them politically,” Ingraham said. “Well, that time has come.”

She said how the mask mandates made little to no difference during the COVID-19 pandemic.

Some media figures, such as MSNBC’s Chuck Todd, have expressed concern over Democrats’ fate during the upcoming midterm elections.

Todd said that based on past metrics of job approval and the American people’s impression of the country’s direction, President Biden and Democrats could be heading into the midterm in “shellacking territory,” such as what was seen during the 2010 midterms during former President Obama‘s first term in the White House.

Ingraham warned that those who forced extreme policies on Americans shouldn’t be let off the hook that easily.

“Don’t let any of the masked commissars off the hook. Instead, remember they forced unmasked students to be corralled into mini-isolation centers or kicked out of school altogether or even threatened with criminal trespassing charges. So one by one, they can drop their mandates, but we will never drop our demands for accountability until they’re all driven from office once and for all,” she said. 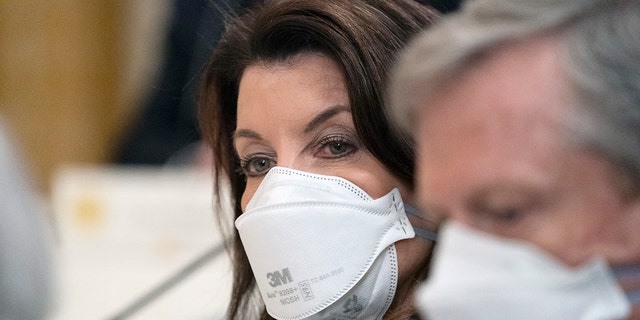 “We’re outing you for your cynical, destructive, ineffective, meaningless divisive and frankly illegal abuse of power these past two years,” Ingraham said.

Disney hand sanitizers recalled due to Benzene and Methanol presence