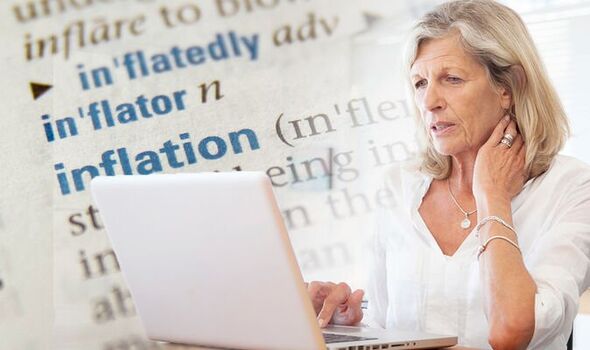 It marked a further rise from the 6.2 percent figure in February, figures from the Office for National Statistics (ONS) today show. Financial analysts had forecast a rise in the inflation rate of 6.7 percent, however the reality exceeded expectations and became the fastest increase in 30 years.

Further hikes in the inflation rate are expected later in the year as Russia’s invasion of Ukraine is set to put even more pressure on households when it comes to gas and electricity bills.

On the latest hike, Colin Dyer, Client Director at abrdn, explained: “This is now the sixth consecutive month of rising inflation, and the data tells a story of what millions are currently living – steeper bills on everything from petrol to food and fuel, and less left over at the end of each month to put towards their future.

“Current conditions will be particularly hard for those relying on cash savings, which are at a real risk of losing value in ‘real terms’ as inflation rises.

“To put this into perspective, £10,000 of savings in cash put away five years ago could now buy £800 less today – value that has just been wiped away by inflation’s attrition.

“For all those at any life stage fortunate enough to have extra money that they can save, now is the time to make sure that they’re giving it the best possible chance of keeping up with or beating inflation.

“With a new tax year having just started, this could mean making the most of new tax-free investing allowances and maximising potential returns on money through an option like a stocks and shares ISA.”

He continued: “In addition, the UK state pension will increase by just 3.1 percent in April, less than half of the seven percent increase in inflation over the year to March, and well under the eight percent that pensioners would have received under the recently suspended triple lock commitment. As energy prices keep soaring and the cost of living increases, UK pensioners will continue to be squeezed even further.”