CAMPER vans destined for the scrapheap have been converted into trendy new homes – thanks to plenty of elbow grease.

And a 24-seater school bus bought on eBay is among the vehicles transformed by their new owners as part of the cool camping revolution. 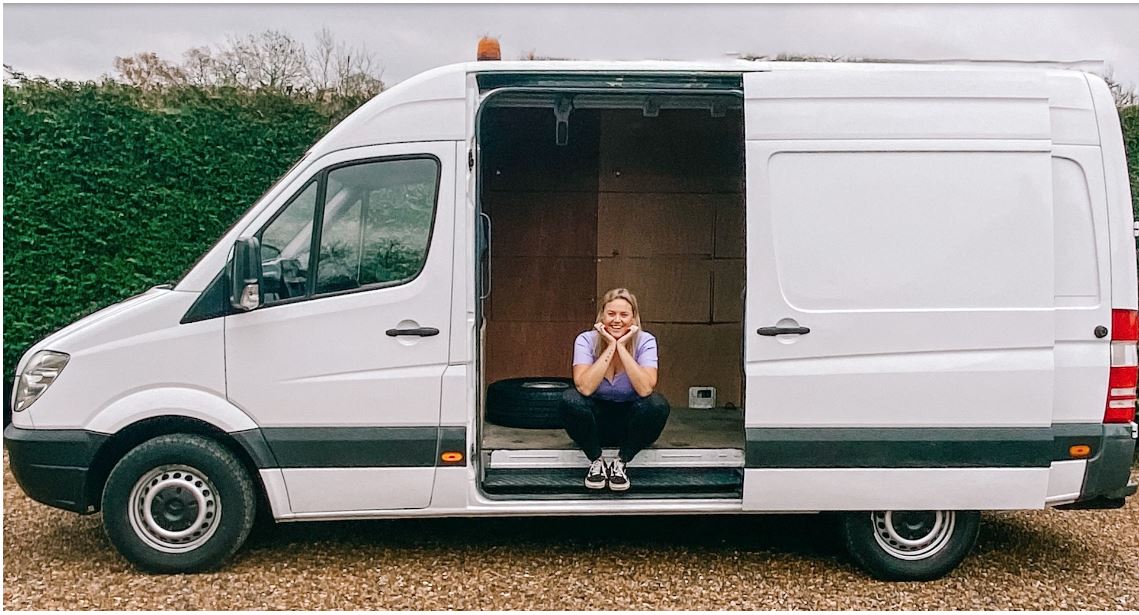 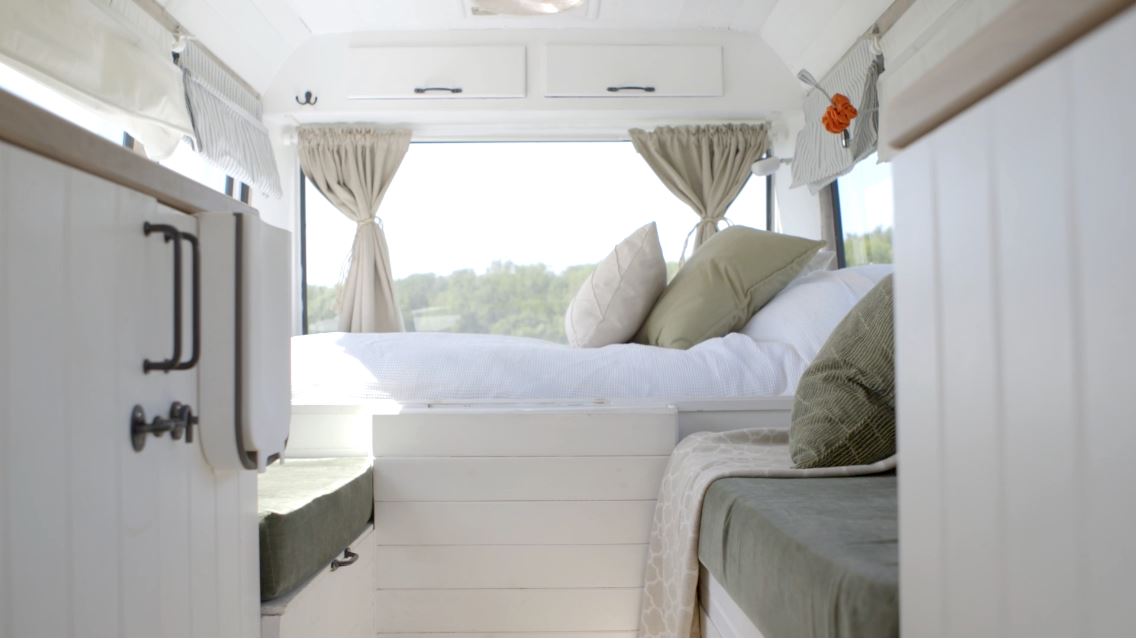 But there was plenty of hard work involved – and the couple spent a whopping 588 hours, or 24 full days, on the renovation.

The bus now has a fully-fitted water system and even a movie projector onboard.

Meanwhile, freelance marketing consultant Amy Nicholson, 34 and of Kent, spent £11,000 on a Mercedes van before gutting it.

Over the course of last winter, she spent another £8,000 on renovations, installing secret shelf compartments, solar panels and USB points.

A study of 2,000 Brits revealed a third would do the same – and keep an eye out for motorhomes on sale. One in six already have one they are considering converting.

A further 53 per cent of adults would love to own a vehicle which allowed them to hit the open road whenever they wanted.

Andy Goodson of Lexham Insurance, which commissioned the research, said: “Creating your dream campervan doesn’t have to be a pipe dream as these Brits have shown.

“With just the right budget and dedication, you can have the campervan or motorhome of your dreams to live and travel anywhere you want.”

Adults considering a conversion currently are willing to spend as much as £1,000 and put in more than nine hours of work a day to make their ideal home on wheels.

Brits would also like to install the latest tech, including a built-in TV (44 per cent), sat nav (34 per cent) and solar panels (30 per cent).

But when asked why they may consider buying or renting a campervan, 40 per cent of adults said they want to travel more freely whenever as well as taking more spontaneous trips during the year.

And a third (33 per cent) would even like to leave their existing lifestyle entirely to enjoy life on the road.

Nearly four in 10 (39 per cent) are keen to explore multiple destinations at once, while 35 per cent said owning a campervan or motorhome to travel around is a much more affordable holiday.

The top 30 things Brits want in a campervan or motorhome

Aimee and Craig, founders of travel blog Kicking It, said: “We always had the idea to build our van, make it our own and drive it around wherever we want. We’ve had many great trips in it.

“It’s so much fun to be able to go anywhere you want and have everything you need. It’s the perfect time to get a campervan and have an adventure.”

Amy said: “I get to wake up with a different view every day and I can decide where I want to go every morning.

"Everything I own is all in one place and it feels so free."

The study, carried out via OnePoll, also found the average adult goes on two holidays or camping trips a year.

But by owning a campervan or motorhome, 65 per cent of adults would enjoy a weekend getaway without any issues.

More than half (52 per cent) of those polled said owning one would be a good excuse to spend more time with family and loved ones outdoors.

And once they secure one, 49 per cent of adults would use it for themselves before letting their partner (47 per cent) and children (34 per cent) travel in it. 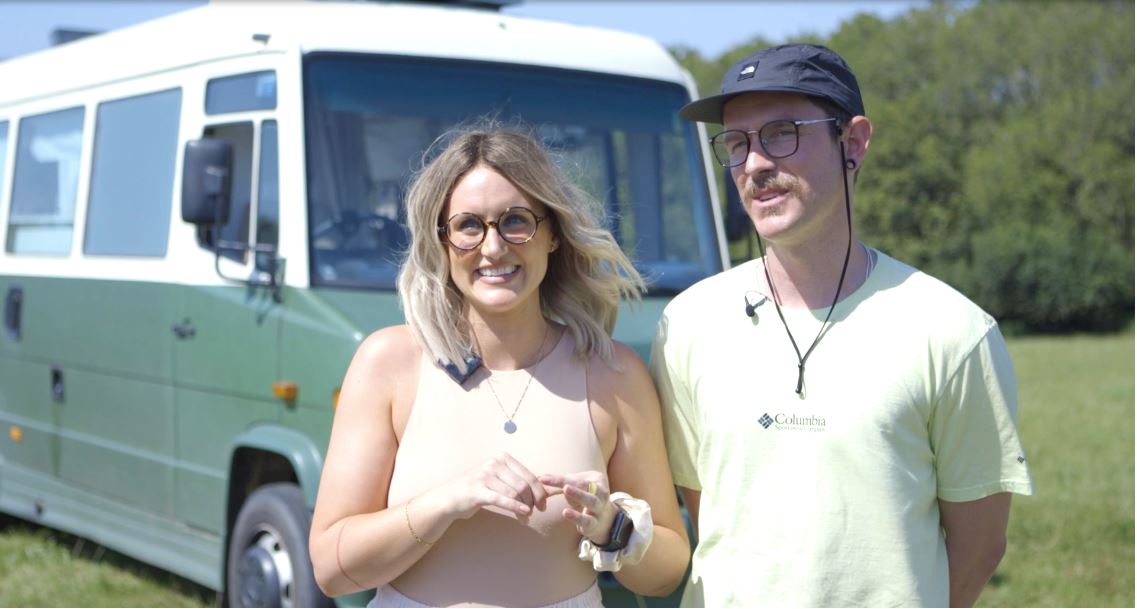 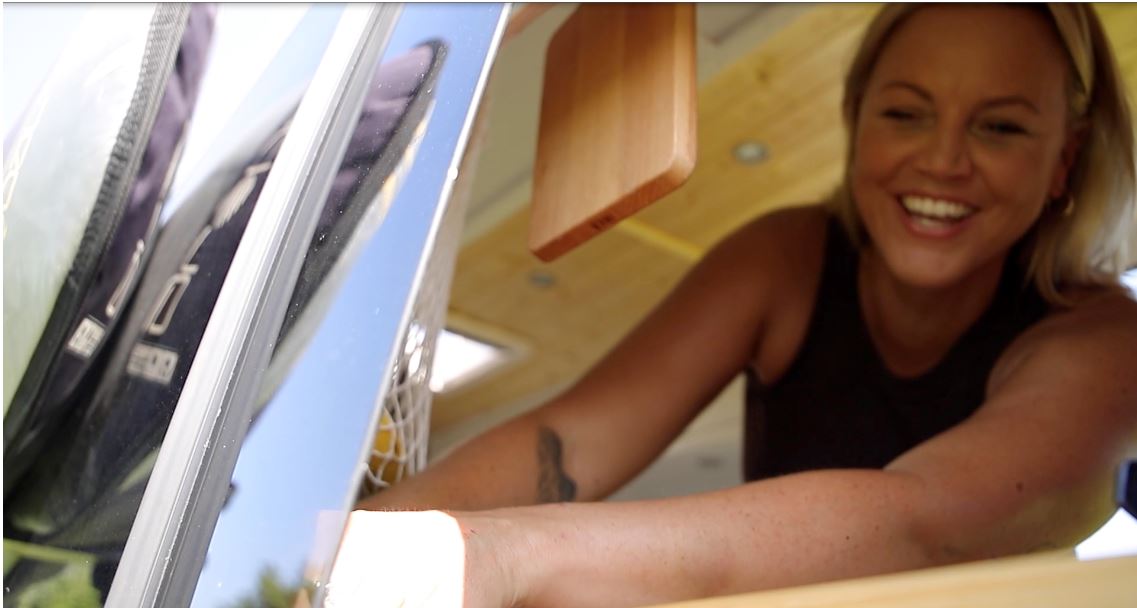 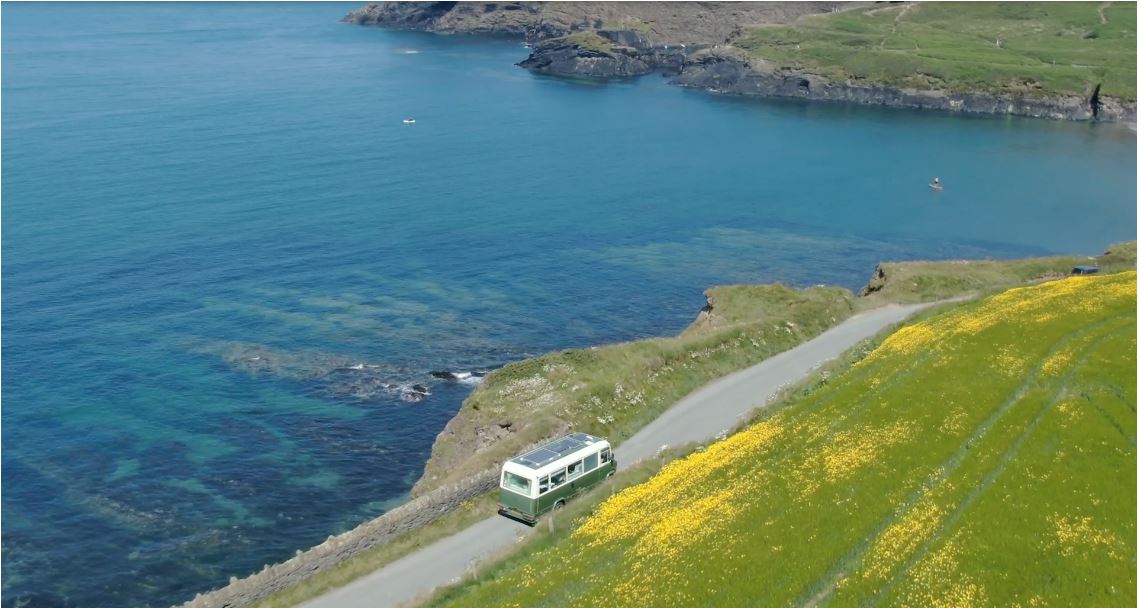 Where to find gas: GasBuddy goes down as drivers fill up after Colonial Pipeline cyberattack