I felt stuck. I did the typical Virginian move, moving to work in DC after graduating from an arts school in Virginia. I had been working as a designer for companies in the DC area, starting with an internship for Obama’s Executive Office of the President in the summer of 2016, then moving on to work in biotech, medical, and fintech companies. 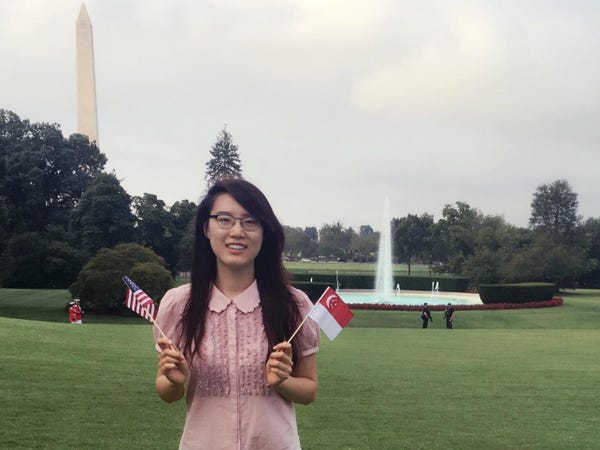 However, I felt none of them were truly pushing innovation. I enjoyed designing digital experiences, but I knew I wasn’t fully challenged. Out of curiosity, I looked up how apps like Facebook and Snapchat were designed. Throughout college, these were the most popular apps on every student’s phone.

I learned that UX or product designers work on designing these apps. However, I knew nothing about the tech industry; it seemed like an exclusive world that only a select few understood.

But I lived by the principle that if I surrounded myself with the right people, I’d become the average of those people. So if I wanted to change who I was, I had to change my actions, which meant changing my conditions. I looked up cities that had a thriving tech scene creating apps, and I narrowed my list down to San Francisco, Seattle and Los Angeles. Ultimately, no city could rival Silicon Valley. The only problem was the cost of living.

I read on forums that living in San Francisco was super expensive, and my family thought I was crazy to use my savings to move to the most expensive city in the US. But from my experience of living in D.C. (another pricey city), rent was cheaper than what was exaggerated online.

I emailed every room on San Francisco’s craigslist within my budget range. No one responded back when I said I was out of state, except one listing. It was a cramped apartment with a small room for $750 through Craigslist. I exchanged driver licenses with the landlord for identification purposes, and after briefly speaking with them on the phone, I decided to take the risk and mailed them one month of rent as a deposit. I knew I had to dip into my savings to survive in San Francisco while learning about the industry, and even if I couldn’t break into tech, I could make ends meet with another job.

The cheapest one-way flight to San Francisco was $400 on Google Flights, plus about $150 for two check-in bags. My arts school in Virginia had virtually no alumni network in northern California. I met up with a former college classmate for dinner to catch up, and that was the extent of my network (A year later when they hosted an alumni get-together event in SF, only about 10 people showed up). 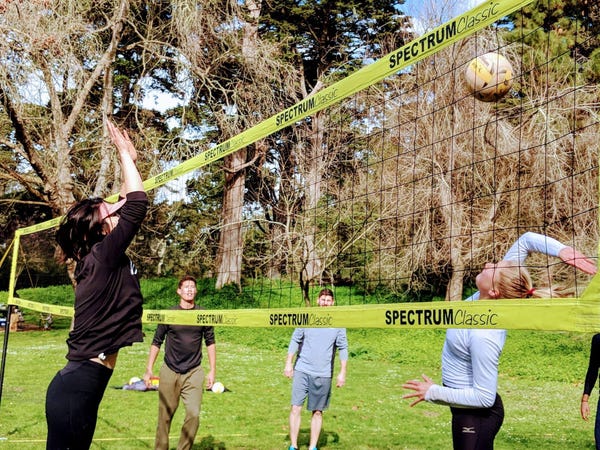 I scoured the web for local events to familiarize myself with the community. I went to a few tech talks, found all the open gyms for volleyball (my favorite hobby), and picked out my favorite cafes in different districts. Eventually, I started regularly attending hackathons. I found a particular liking to hackathons, where people competed to build products in a short amount of time. Eventbrite was my go-to-platform, followed by Facebook events. 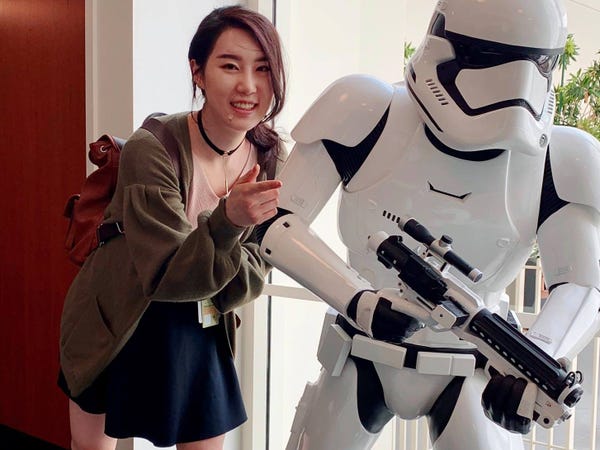 From my hackathon experience, I noticed that there wasn’t a tight-knit design community, whereas software engineers had a huge network. I started a meetup for designers, and grew from doing exercises and critiques with other designers. As I was approaching 250 members, a director of product design (thank you Glen Lipka, I will always be grateful) reached out and suggested I read Alan Cooper’s “About Face,” an essential must-read for anyone serious about interaction design.

After going to several hackathons, I finally got enough experience to win two big hackathons (Angelhack and BeMyApp). I got to join their incubator program that spanned for three months. I learned from trial and error how to build digital products from an early stage, and even met an investor.

This experience led me eventually to do product design for early stage startups. This wasn’t without help. I am grateful to have found the right mentors, because there were hard times when the end seemed so ambiguous. However, having mentorship gave me direction and resilience to keep going. It helped to know others were rooting for me, and I didn’t want to let them down.

After a few additional projects, I gained enough experience to build a portfolio, and started interviewing again. Previously I applied to hundreds of jobs in San Francisco when I was not living in the city and lacked product experience. Now, I was finally making it to final onsites. I practiced regularly with other designers on how I could improve my interview game, especially presentations and whiteboard challenges (you can watch some that I did on my youtube.com/designalily).

It was a mental and numbers game. I told myself to aim for at least 10 onsites. After 2+ months of rejections, I was finally able to sharpen my presentation skills to land two full-time offers. I pitched so many times I knew my presentation like the back of my hand.

I chose the latter because I was less interested in fintech and more interested in what the innovation startup was building — specifically, how mobile sensors could measure driving behavior. 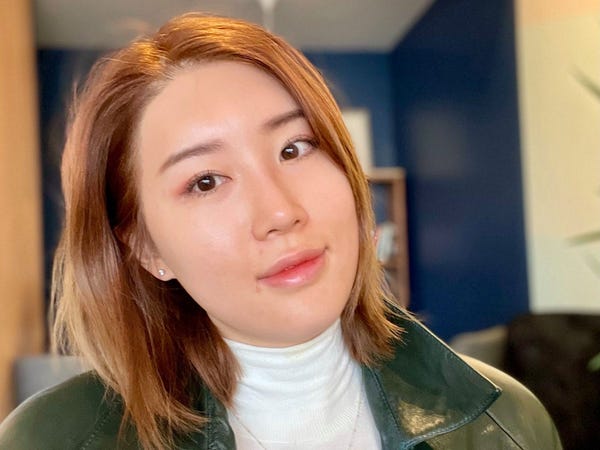 Currently, I’m back to consulting for products. Now, I’m focusing on helping other non-tech professionals break into product design. If I could go back in time, I wish I sought out mentorship earlier. It would have saved me a lot of time with a path that is clearly laid out by someone who’s experienced it.

I should have also sought a community earlier, one that helped me work toward my goal of becoming a product designer. It’s an especially tough and lonely journey when you don’t have supporters. I’ve built and am currently fostering a design community like this, so that it might help designers like me. I’m also providing mentorship through my content on YouTube.

Lily is a product designer and content creator who goes by Designalily. She’s taught workshops to product designers from organizations like Google, Stanford, Amazon, and Salesforce.