Ikea’s US division has quietly rolled back its controversial restructuring program launched in 2017, which de-emphasized the retailer’s longstanding department-centric approach to staffing stores.

Under the policy dubbed “organization for growth,” or O4G, employees were tasked with assisting all customers on the floor instead of developing focus areas around the store — such as the kitchen and bath departments. What’s more, O4G additionally split Ikea staff between the sales floor and the store’s backroom.

The changes brought about divisiveness among staff at Ikea locations, pay cuts for managers, and even an apology from the former CEO of the furniture chain’s US division Lars Petersson. The O4G program was widely criticized by store employees, who largely felt it distributed work in an unfair manner not representative of salary and prevented workers from building up an expertise in a specific department.

Now, in internal documents viewed by Insider, Ikea is admitting that there were issues with its previous O4G initiative.

“We’ve heard from you that with O4G there was a loss of ownership, inspiration, accountability, competency, and a sense of personal achievement,” a document distributed to store employees in December 2020 reads.  The memo also acknowledges that the chain has registered “inefficiencies that have impacted productivity and poor performance,” as well as increased turnover.

An Ikea spokesperson confirmed the chain previously launched O4G in a bid to “build a new IKEA that is more accessible, affordable and sustainable,” that would add “a new business model for our store operations as part of our multi-channel strategy.”

Now, Ikea is embarking on a new course, one set to roll out some time this year. Insider spoke with four current Ikea workers employed at different stores across the US about the changes.

A focus on e-commerce and smaller urban concepts

Over the past year, Ikea has expanded its e-commerce capabilities, encroached on urban areas with its smaller concepts, and even entered the furniture rental business. While many Ikeas across the US were closed to the public, the chain began converting stores into fulfillment units, as well as retraining employees, a spokesperson said.

The representative added that the coronavirus pandemic has now prompted Ikea to “recognize the need to accelerate the plans that we had in place to better meet the needs of our customers.”

This means the rolling back of O4G and pivoting to the brand’s new Lead Work Organize — or LWO initiative. Unlike O4G, which only took place in the US, LWO will affect all divisions across the company, resulting in alterations to job titles and the addition of new roles.

The LWO push in the US has been dubbed Fit for the Future, and places a greater emphasis on digital sales, according to employees. The moves are intended to help transform Ikea stores to mini-fulfillment centers that can better deal with online orders while also improving the in-store experience by allowing workers to develop more expertise in specific departments, employees say.

“Many of these newly implemented capabilities will continue to remain in place for the long term, which is why these changes to our organization are necessary,” the Ikea spokesperson said. “As we continue to accelerate our transformation, our co-workers are the key to our success, and we see tremendous opportunity to continue to build the IKEA of the future together here in the US.” 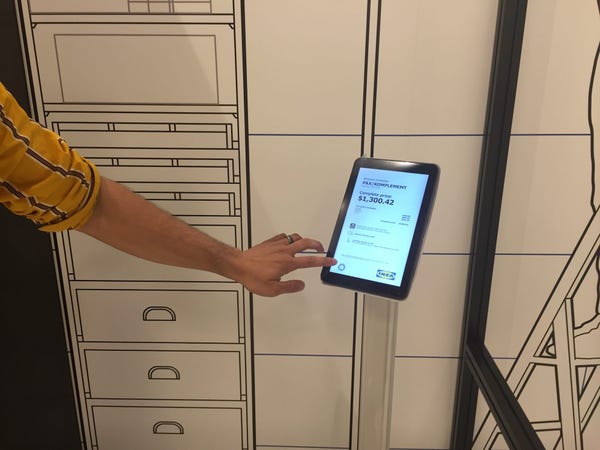 Fit for the Future, however, is being met with some early skepticism. One employee, who asked to remain anonymous over job safety concerns, said her store will be “eliminating redundant positions,” sparking some job loss fears among more experienced “team leaders” who fill managerial roles in-store. Leaders within merchandising basics, active selling, and planning — all positions created during O4G — will see their roles eliminated, and will have to apply for new positions.

But most employees who spoke with Insider are excited about the changes. An employee based in the Midwest said they felt better about the Fit for the Future program, compared to the “dumbing down” that occurred under O4G.

“It expands management positions so there are more voices at the steering table — which is good — and consolidates responsibilities for some coworker roles which will increase ownership and development opportunities,” the employee said.

An Ikea spokesperson said that the company took employee feedback into consideration when conceptualizing Fit for the Future.

“Since we last made changes to the store organization, we have been gathering feedback from co-workers, looking at our business results, and contemplating our ambitions for the future,” the company said.

Boeing says pandemic will cut demand for planes for a decade

Google will try 'hybrid' work-from-home models, as most employees don't want to come in every day