A pregnant mother from Honduras is terrified of getting coronavirus while being held in a family detention center in Dilley, Texas. Her 4-year-old daughter has a severe cough and vomits up to three times a night. They are detained in close quarters with hundreds of other immigrants, have limited access to hand soap or sanitizer, and worry the virus could easily spread.

“I must be close to others all the time,” said the mother in a statement to immigration lawyers, in which she is identified by her initials, O.M.G. “I fear for my life, and the life of my daughter and unborn child.”

On Saturday, a group of immigration lawyers filed a lawsuit against the Department of Homeland Security demanding that immigrants be released from family detention centers in the U.S. amid the coronavirus outbreak. They say the cramped conditions, subpar medical care and lack of hygiene make these facilities a “powder keg” for the virus’s spread. And despite the fact that hundreds of detained families say they are showing symptoms tied to COVID-19, detention centers are not testing people for the virus or taking preventive measures, according to the lawsuit. The lawyers say they worry that an outbreak among the detained immigrants would be deadly and spread to people in surrounding communities.

“I’m afraid we’re going to have parents die,” said Bridget Cambria, an immigration lawyer and the director of ALDEA ― the People’s Justice Center, one of the organizations that filed the complaint. “It’s not OK for that to be the thing we wait for.”

DHS did not respond to HuffPost’s request for comment. The lawsuit says that officials have “begun to release some families” including pregnant women or people who suffer from asthma, though it does not specify how many. 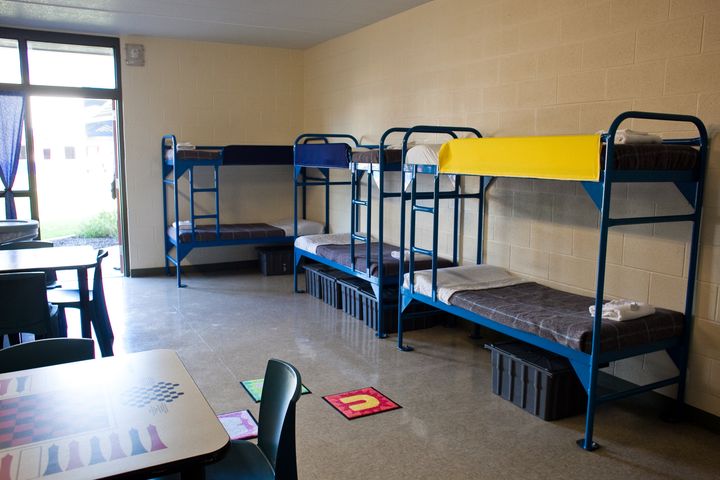 The U.S. has three family detention centers, two in Texas and one in Pennsylvania, that collectively detain roughly 2,000 immigrants. Social distancing, the best defense so far against the coronavirus, is not a possibility for people who are forced to sleep, eat and use the bathroom in group settings.

At the Berks family detention center in Pennsylvania, three families sleep in rooms with beds that are less than 2 feet apart and share a bathroom blocked off by a sheet, Cambria said.

In the Karnes County Residential Center in South Texas, one woman told attorneys her family must eat in a room with 200 other people, even though her 19-month-old baby was having trouble breathing because of an issue with her lungs.

“Our baby’s health continues to deteriorate and doctors have left us in the dark regarding her care,” the woman said in a declaration, adding that her baby had recently lost 7 pounds. “We believe that our lives and our children’s lives remain in danger the longer we stay here.”

Immigrants at the Dilley, Texas, family detention facility live in trailers where 12 people sleep in each dorm, and they share bathrooms with multiple families.

“Detainees are surrounded by hundreds of other detainees at any given time,” wrote Shalyn Fluharty, the managing attorney at the Dilley Pro Bono Project, in the legal complaint.

One Haitian mother, identified in the declaration as C.L., was worried about her asthmatic son getting the virus while they are detained at Dilley. The 4-year-old  has a cough and stuffy nose, and C.L. said immigrants are packed in so tightly they can reach out and touch people in the beds next to them, some of whom are also coughing. Her son does not have an inhaler, and she is afraid of sending him to school in a trailer with 20 other kids. 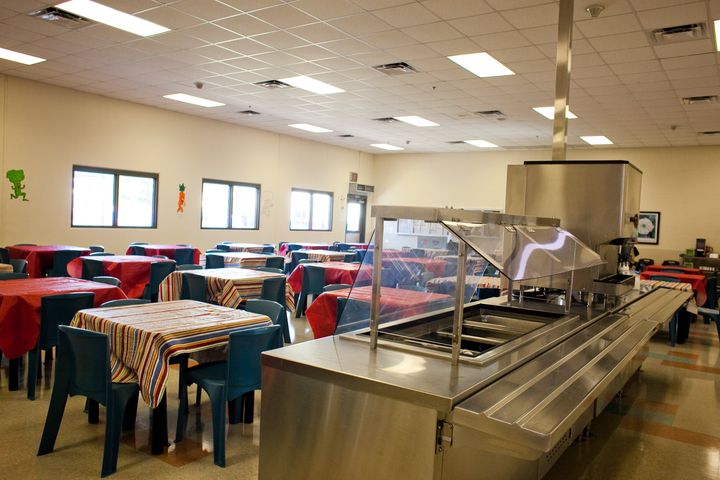 But there isn’t much she can do to protect him. Despite the government’s recommendations that people wash their hands often, C.L. said she has no access to hand sanitizer, face masks or gloves, and that when the soap runs out they often have to wait a day before it’s replaced. One father detained at Berks said there had not been soap in the bathroom for six days, while a mother at Dilley said the soap dispenser in her room had been broken for three weeks.

The guards are not wearing face masks, gloves or keeping their distance from families, according to the legal complaint, despite the fact that a staff member in an immigrant children’s shelter and an ICE detention center recently tested positive for the coronavirus. Detained families also say they’ve received no information about the disease and worry they won’t get proper treatment in the event of an outbreak.

“Officials come and go and leave us without information,” said one immigrant in a letter obtained by HuffPost. “We’re worried about the kids. A majority have a flu and cough. Help, there’s a lot of desperation.” 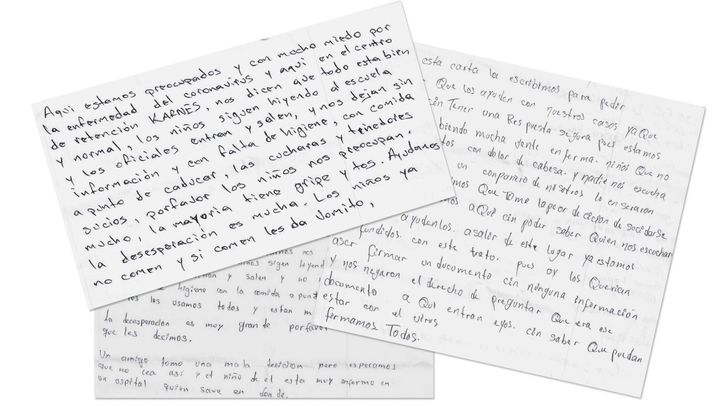 The medical care in ICE detention is notoriously bad, and last year six children died in U.S. custody from treatable illnesses, such as the flu or respiratory issues. At Karnes, there usually isn’t a doctor on site, and nurses do “very basic checks on people and then tell them to drink more water or to take Ibuprofen,” said Andrea Meza, the director of family detention services at the Refugee and Immigrant Center for Education and Legal Services (RAICES), in a recent panel. Detained families are not being tested for COVID-19, even if they show obvious symptoms, according to the legal complaint.

The pregnant mother from Honduras said that when she took her 4-year-old to get medical care at Dilley, they gave her Vicks VapoRub and water. “This has not helped, and she has stopped eating,” the woman said. “I do not have access to the medical attention I need in this jail.”

Another mother at the same facility said her 5-year-old daughter had a severe cough and fatigue but was told by medical staff to give her water and that no cough medicine was available.

Though immigration lawyers are hoping a federal court in Washington will force the government to release these families, precedent is not in their favor. Last week the American Civil Liberties Union sued ICE, asking that vulnerable adults be released from a detention center in Tacoma, Washington. A federal district judge denied the request.

But Cambria said letting families out should be a no-brainer, since they are the most vulnerable immigrants in the system and are not facing criminal charges. They can also be easily tracked as part of ICE’s supervision programs that involve ankle bracelets, to ensure they show up to their court dates.

Cambria says that, though the inhumane treatment of asylum seekers has become a pillar of the Trump administration, a coronavirus outbreak in detention facilities also poses a threat to American citizens since immigrants will need to be hospitalized.

She said the DHS staff “really needs to just look at this as a public health crisis. Their job is to protect the homeland, not to punish babies and moms and dads.”