Fitfully and painfully — and with some worried prodding from Beijing — China is trying to reopen for business. 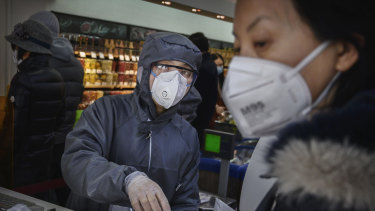 The Chinese economy has come to a standstill during the crisis. Credit:Getty

The world's second-largest economy practically shut down three weeks ago as a viral outbreak sickened tens of thousands of people, unexpectedly lengthening a Chinese holiday. The freeze set off warnings that the global economy could be in jeopardy if the world's preeminent manufacturing powerhouse stayed shut for long.

Now, as some factories rumble back into action, the monumental task of restarting China is becoming clear. China's efforts to contain the virus are clashing with its push to get the country back to work, requiring the country's leaders to strike a balance between keeping people safe and getting vital industries back on track.

Chinese leaders called this past week for more emphasis on reviving the economy. But many of the factories that have reopened are operating well below capacity, say companies and experts. Quarantines, blocked roads and checkpoints are stopping millions of workers from returning to their jobs. Supply lines have been severed.

Even to start up again, Chinese officials are requiring businesses to provide masks to workers, record their temperatures and track their movements to make sure they haven't come into contact with the coronavirus, named COVID-19.

"The kind of fear and freeze that has taken hold in terms of economic activity is likely to persist," said George Magnus, a research associate at Oxford University's China Centre. "I don't really see a good outcome."

By Monday, more than 70,000 people had been infected by the coronavirus and over 1,700 had died worldwide, according to officials. New infections continue to be confirmed around the world, including an American who was identified with the disease in Malaysia on Sunday who had been on a cruise ship, raising concerns about another potential cluster outside mainland China.

Also on Sunday, Taiwan said that a 61-year-old man who had a history of poor health but not known for travel to China had died of the coronavirus, making him the fifth fatality outside the mainland.

Still, the pace of new cases officially confirmed in mainland China, the center of the outbreak, has slowed over the past three days.

The ripples have continued to spread around the world. Prime Minister Lee Hsien Loong of Singapore warned Friday that the city-state could fall into recession as a result of the outbreak. Germany, Europe's business powerhouse, on Friday reported slowing economic growth at the end of 2019, prompting fears the virus could delay a recovery. 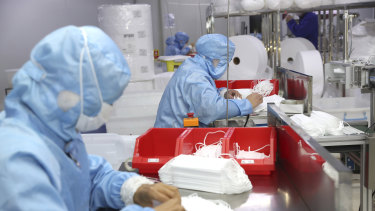 Authorities have begun trying to reconnect the country. China's agriculture ministry demanded over the weekend the removal of road and highway blockages in rural areas that have prevented the movement of livestock and animal feed. The southern province of Jiangxi announced last Thursday that it would dismantle checkpoints at highway entrances and exits.

But many obstacles remain.

"I know the virus is serious. I can understand that this is a disaster for the country," said Ma Hongkui, a truck driver from northwestern China who has been stranded for weeks with dozens of other truckers in a small town in the southwestern province of Yunnan for lack of cargo. "I don't know whom to ask for help."

In the city of Yiwu, a hub for small manufacturers in Zhejiang province and home to a sprawling wholesale merchandise market, migrant workers returning to jobs have to submit to a two-week quarantine. When they arrive at a train station in Yiwu, they are examined by dozens of officials in makeshift hazmat suits with thermal cameras. The local government has arranged 40,000 beds to accommodate them.

Only those registered with an official list of companies and work units will be allowed to enter the city, according to a statement from the government last week. Lying would be punished with arrest.

The slow and partial reopening of factories could have a knock-on effect on businesses around the world. China Weaving Materials in Jiangxi province said that its yarn factories would not open until February 20. Other companies in China need the yarn to make fabric.

In neighboring Vietnam, handbag factories are running short on fabric, zippers and various metal components that come mostly from China, said Tatiana Olchanetzky, a handbag manufacturing consultant in that country.

"Some vendors might have to make workers take unpaid leave in March if materials are not arriving," she said.

Restarting China's factories is only part of the challenge. The country has a huge services and consumer sector, including shops and restaurants enjoyed by an increasingly affluent middle class. Those businesses have also been devastated by the outbreak, which has kept many Chinese families confined to their homes.

Amy Li, the owner of a Shanghai restaurant that specialises in northeastern Chinese cuisine, said that her eatery had little hope of reopening soon, like dozens of others nearby, and may not survive.

"We don't know when we can reopen," Li said. "The future is a matter of fate."