A GIGANTIC wave of toxic gas has been spotted surging across Venus in an event never seen before in the Solar System.

The planet-wide cloud is travelling at 200mph (320kmh) through the Venus' upper atmosphere and had been hiding in plain sight for 35 years. 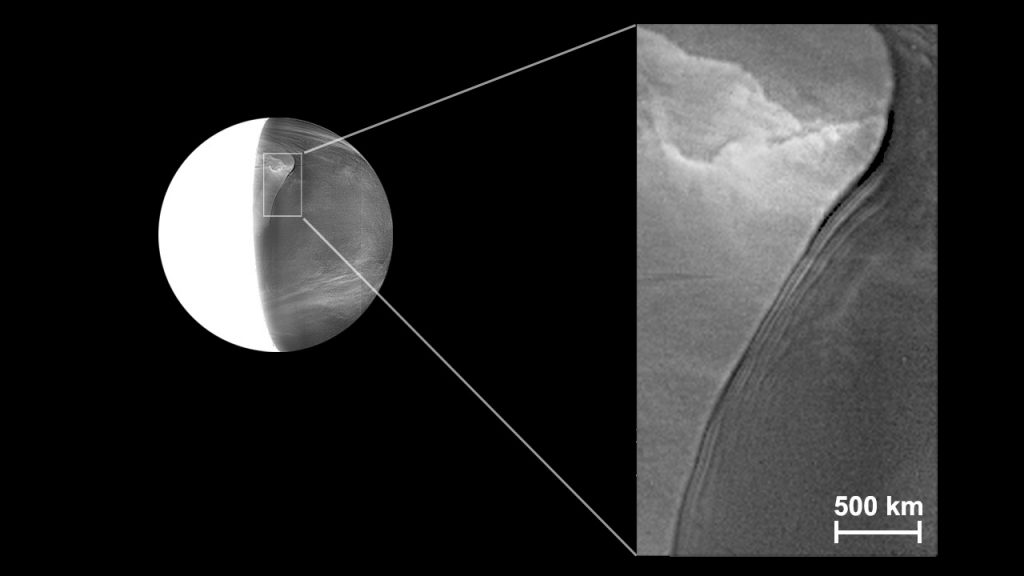 Described as an "atmospheric disruption" by the international team who discovered it, the wave extends as far as 4,660 miles (7,500km).

That's about 61,000 football pitches – or long enough to engulf the width of the UK at its widest point in a hellish fog of acidic gas.

"If this happened on Earth, this would be a frontal surface at the scale of the planet," said scientist Dr Pedro Machado of the Institute of Astrophysics and Space Sciences in Portugal. 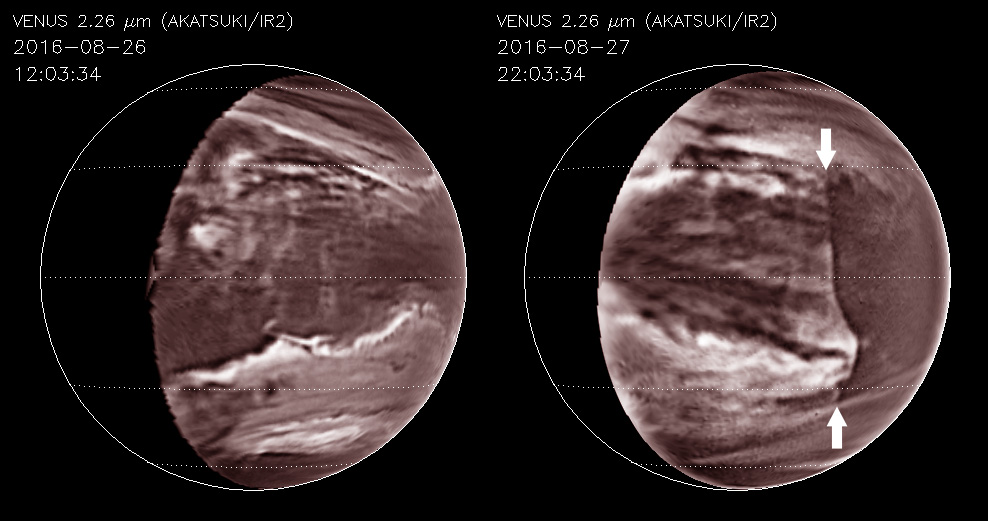 Venus is thought to have once been a habitable world much like Earth but is now about as hostile to life as planets get.

Venus' cloudy atmosphere and high winds are known to create huge waves of gas, but none quite like this. 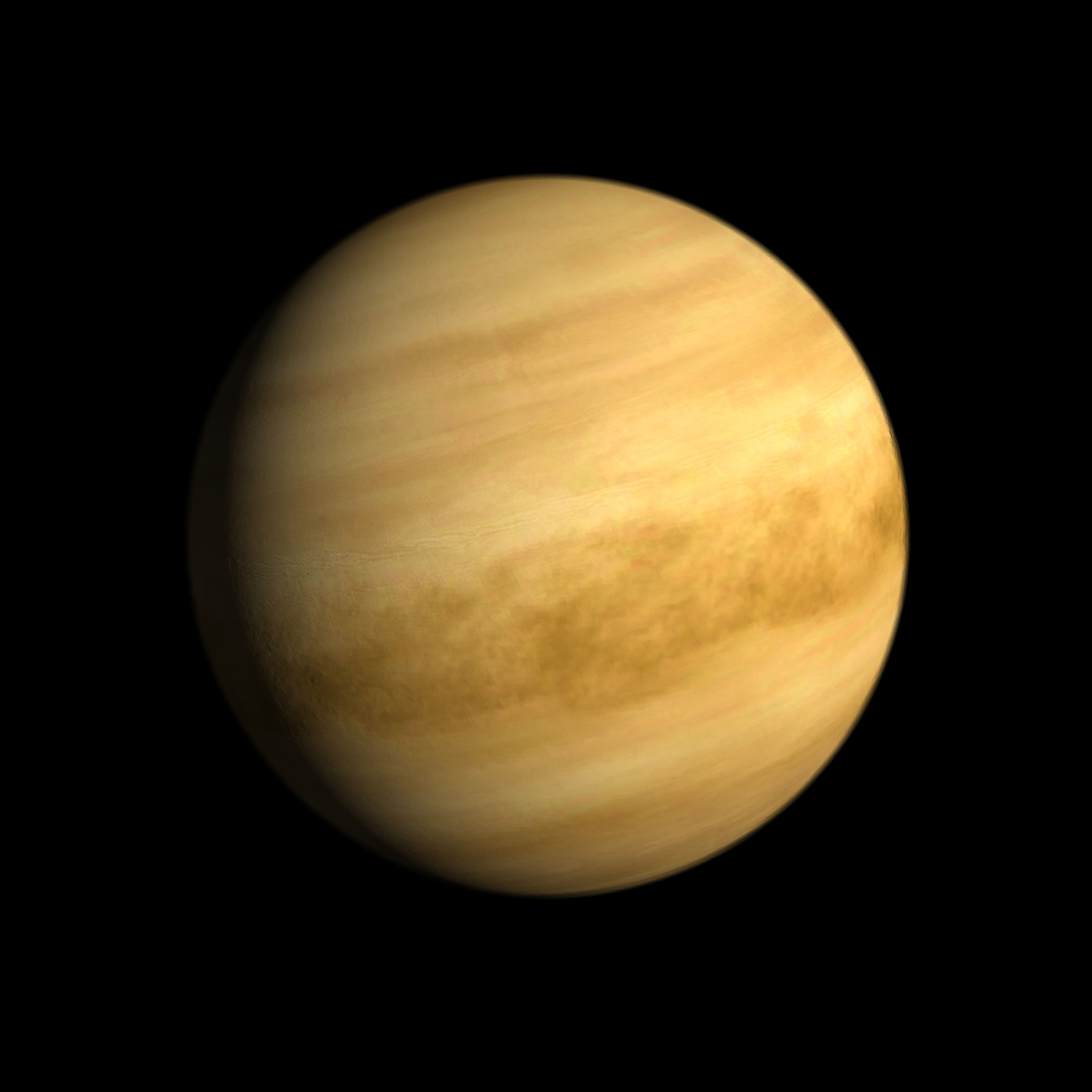 The wall of cloud sits roughly 31 miles (50km) above Venus' surface and has swept the planet every five days since at least 1983.

It's a phenomenon that hasn't been seen anywhere else in the Solar System, as it's the first of its kind to be spotted at such low altitudes.

It was found in the region responsible for the effect, and may help experts understand how the planet's surface connects to its turbulent atmosphere.

"Since the disruption cannot be observed in the ultraviolet images sensing the top of the clouds at about 70 kilometres height, confirming its wave nature is of critical importance," said Jaxa scientist Dr Javier Peralta.

"We would have finally found a wave transporting momentum and energy from the deep atmosphere and dissipating before arriving at the top of the clouds.

"It would therefore be depositing momentum precisely at the level where we observe the fastest winds of the so-called atmospheric super-rotation of Venus, whose mechanisms have been a long-time mystery."

Scientists still don't know what mechanisms are responsible for the cloud wave.

More observations are underway in an attempt to shed more light on the mysterious phenomenon.

The research has been published in Geophysical Research Letters.

In other news, Venus may have been habitable ocean world 700million years ago.

Something is ‘killing’ galaxies in the most extreme parts of universe leaving scientists baffled.

And, Nasa missed a 450-foot asteroid deemed the ‘largest to pass this close to Earth in 100 years’ – and blamed bad weather.

Which planet would you like to live on if you could? Let us know in the comments!

2020 Democrats: Who Should Drop Out Next? Who Should Stay in the Race?

French Minister Calls for Revival of Gaullism to Heal Economy