HUAWEI has unveiled a brand new foldable phone to take on Samsung – and it'll cost you a couple grand.

The expensive hinged Huawei Mate Xs has a tablet-sized screen, but tucks down to a pocketable smartphone form. 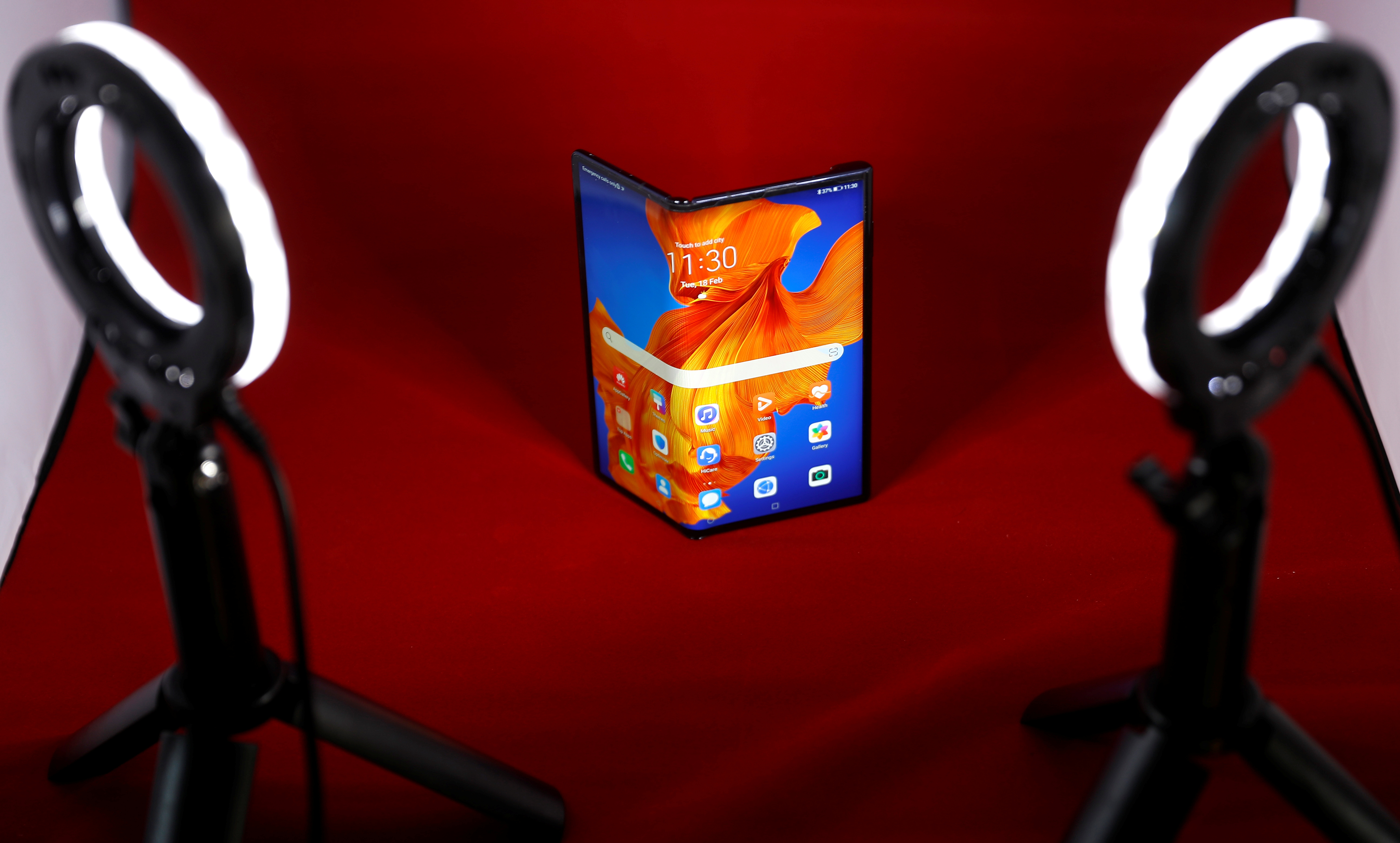 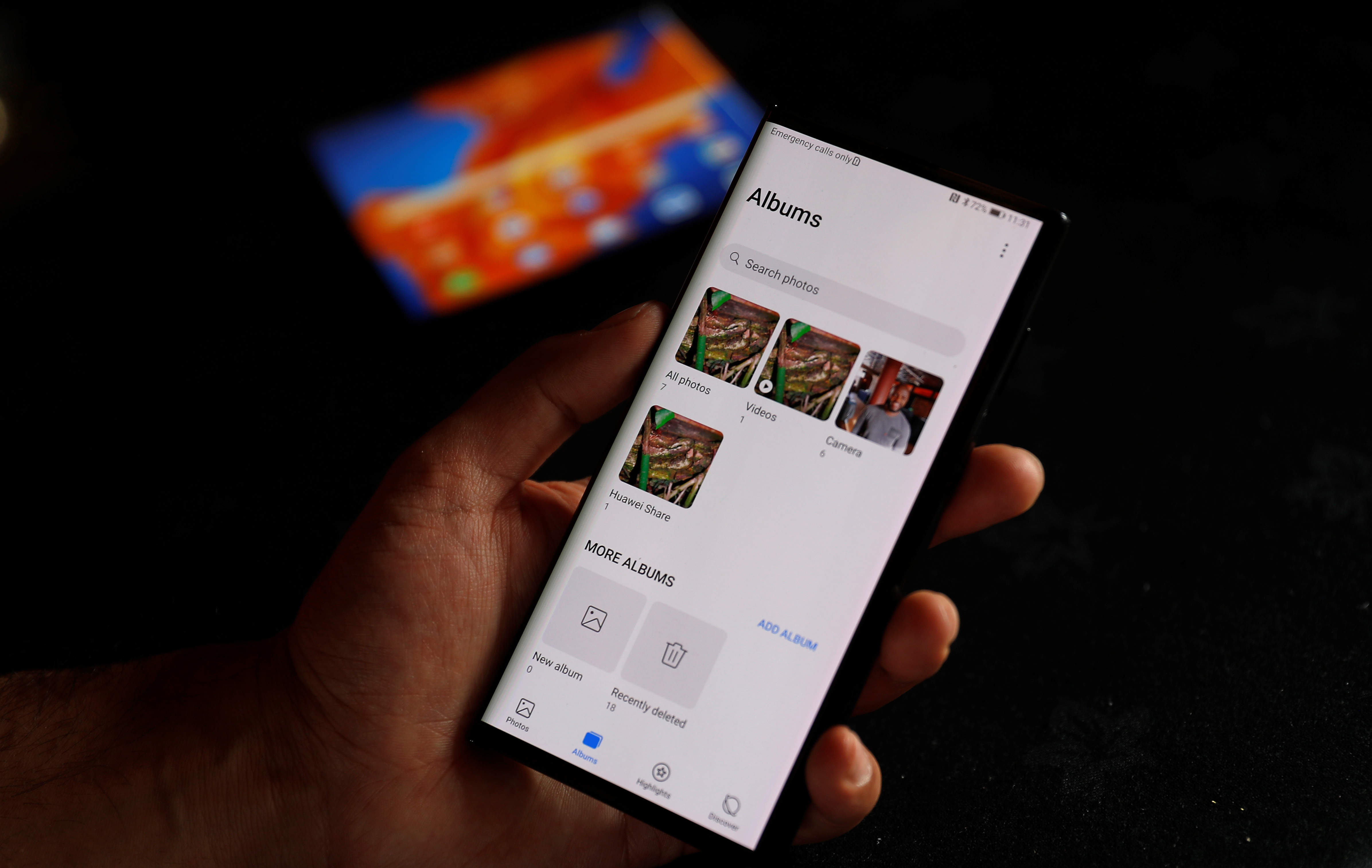 Huawei Mate Xs – what is it?

Smartphone giants are struggling to conjure up new features – which makes it difficult to convince you to upgrade.

But one way of innovating is to make foldable phones, with huge displays that flip down to a small size.

Samsung and Huawei have both already released foldable handsets, but Huawei has just unveiled a brand new model.

The Huawei Mate Xs is a more refined (and still very expensive) foldable handset for 2020. 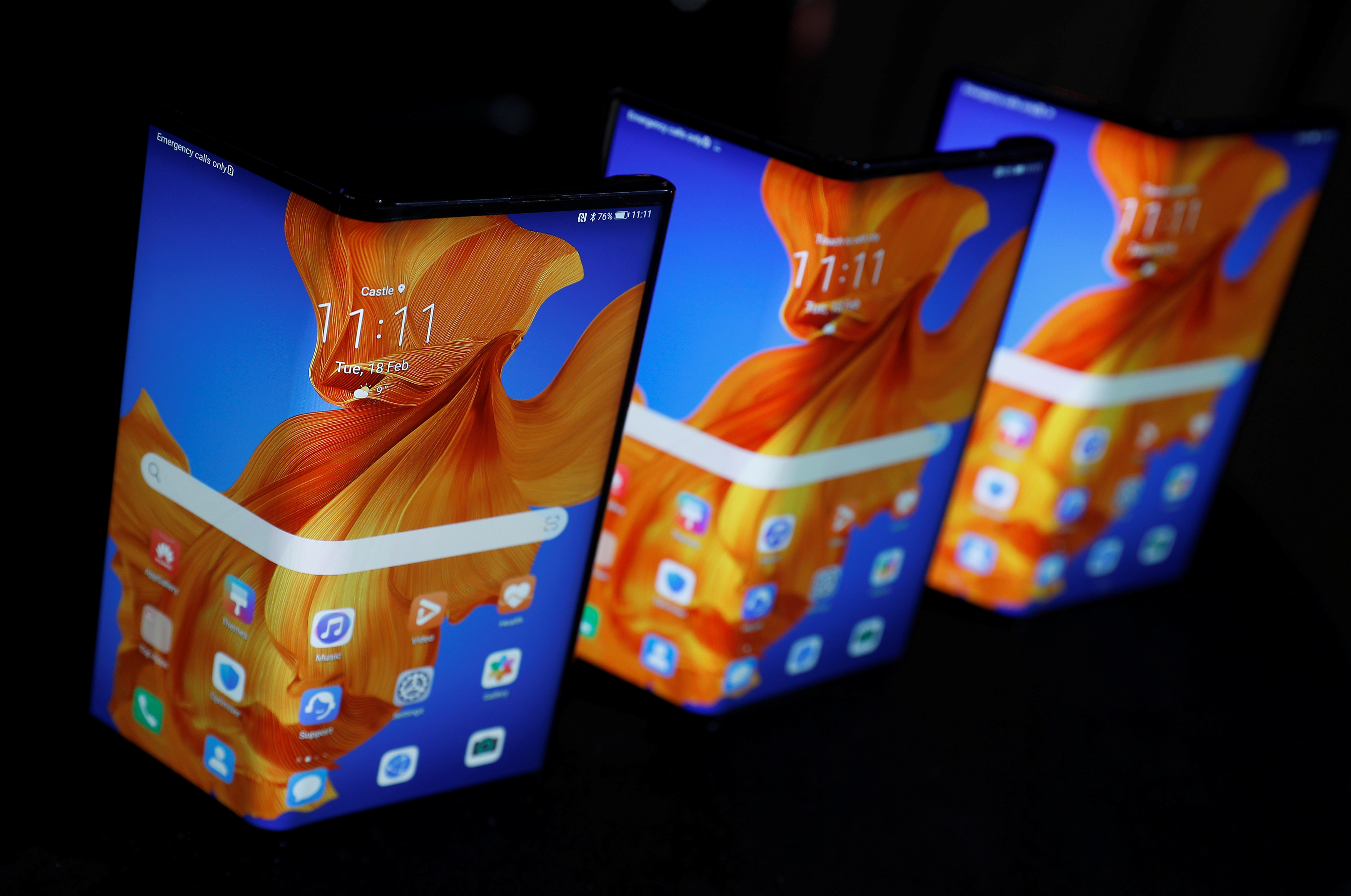 There's a hinge vertically down the middle, which means the handset opens and closed like a book.

However, the hinge is designed to fold backwards, so that the screen (or the book's pages) are on the outside when closed.

Huawei claims to have adopted a new "quad-layer" screen design to make it more tough and resilient.

That includes two layers of film, below which is an OLED display.

And below that again is a softer plastic layer to "cushion" the screen.

The display is 8 inches in tablet-form, shrinking to 6.6 inches when folded. 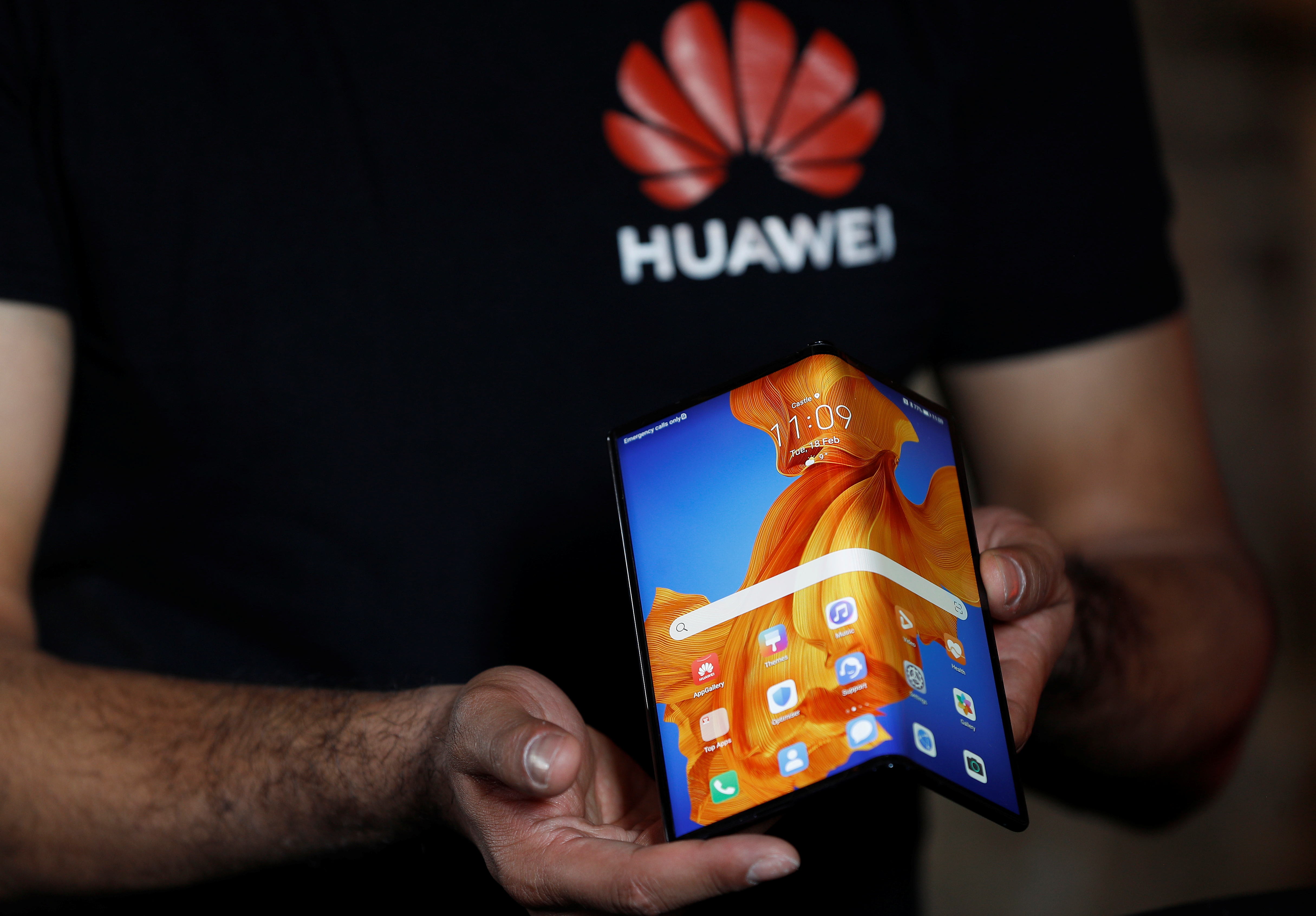 Not much has changed on the specs front.

Perhaps the main upgrade is a new and more powerful processor called the Kirin 990.

It's a Huawei-built chip that succeeds the slower Kirin 980 inside the Huawei Mate X.

The main advantage, however, is the fact that the chip has 5G support built-in.

This is space-saving and generally more efficient, as the 5G modem was a separate part in the previous model.

In terms of actually using the device, Huawei says you'll be able to load up three apps at once.

Two of the apps will sit either side of the display respectively, while the third will "float".

There's a beefy 4,500mAh battery inside, but that's par for the course when it comes to tablets.

And the cameras is a four-part job, including a 40-megapixel, 8-megapixel, and 16-megapixel shooters – plus a 3D depth-sensing camera. 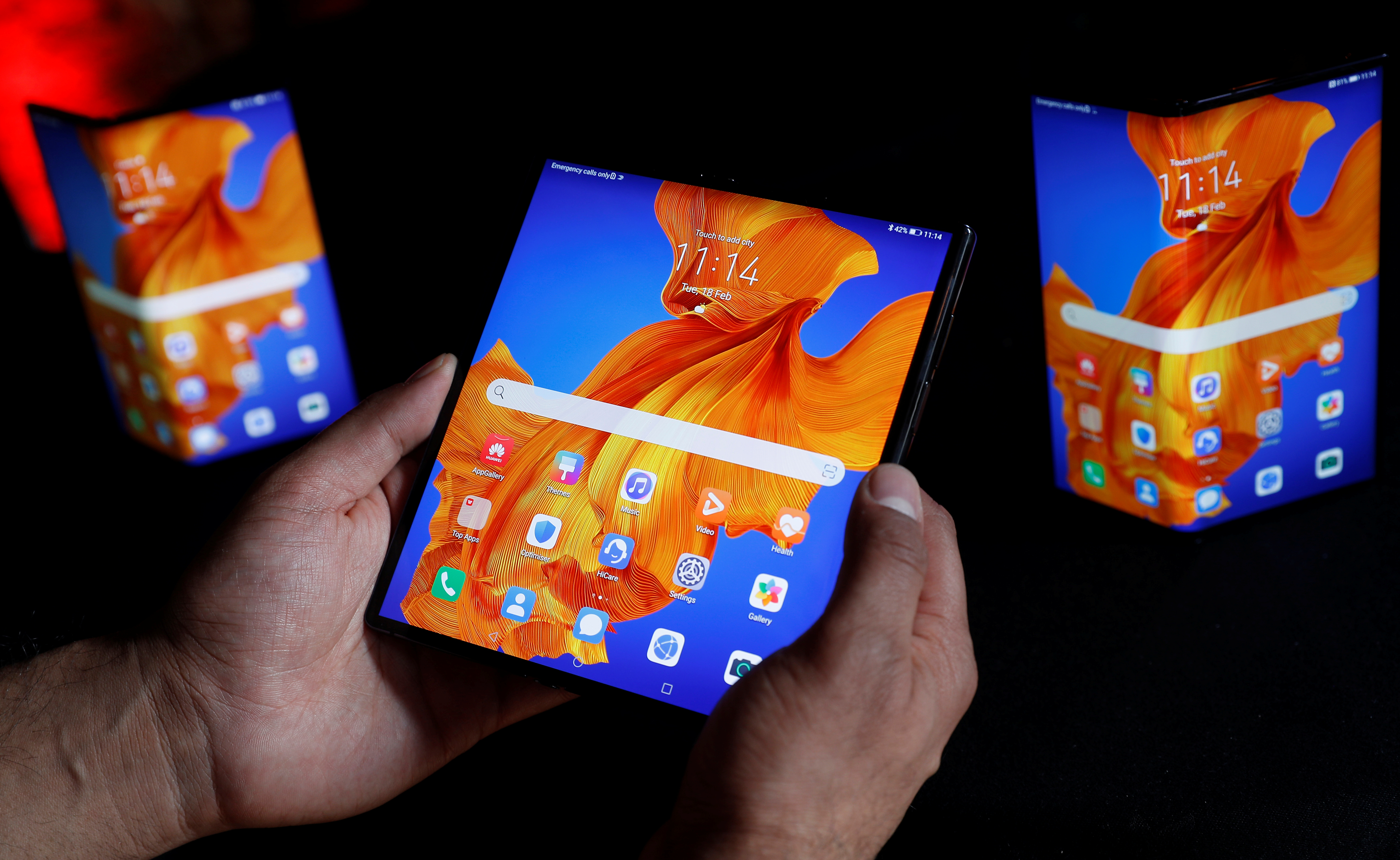 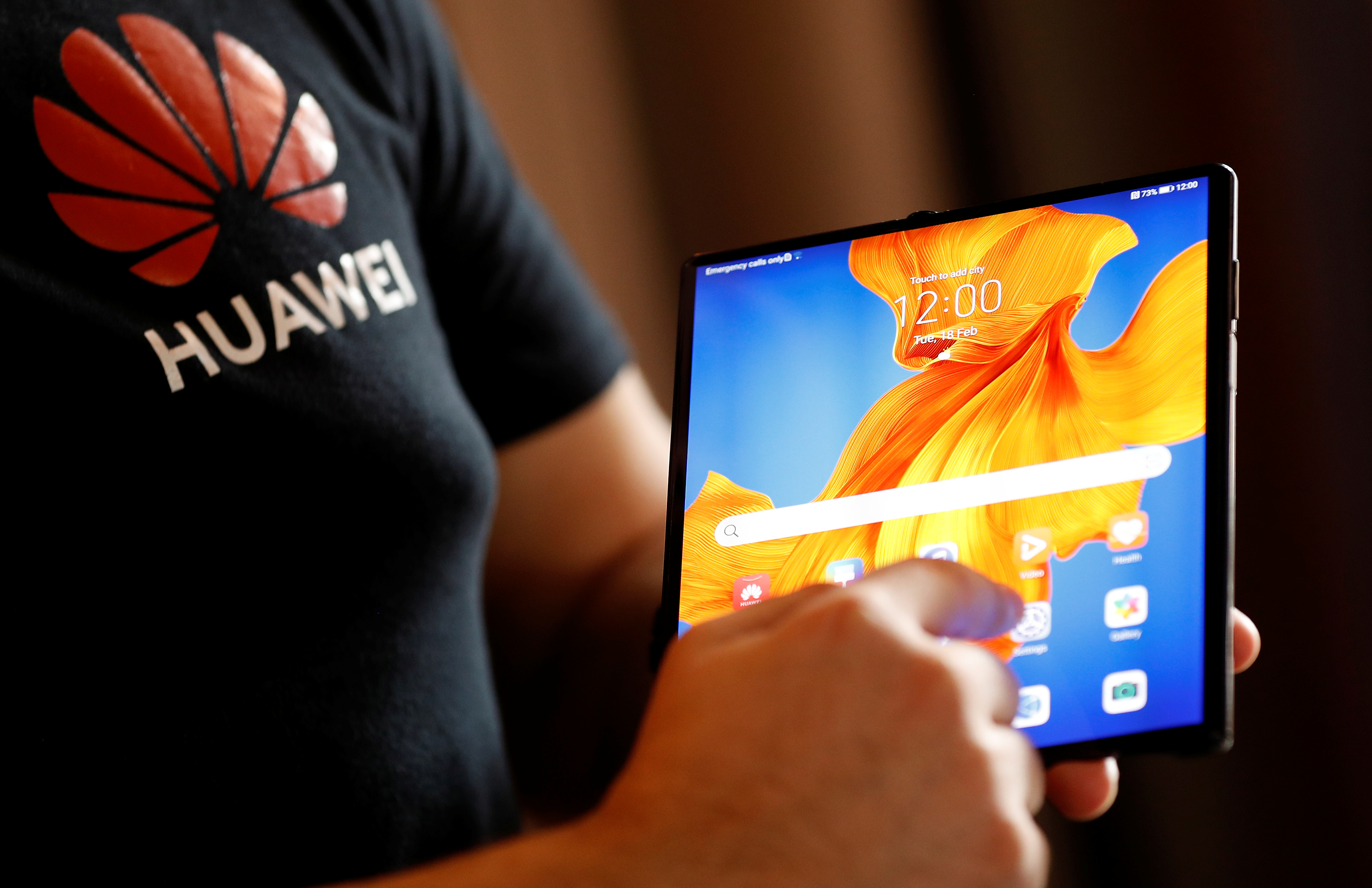 Huawei Mate Xs release date – when is it out

The Huawei Mate Xs release date is scheduled for March 2020 – but an exact day hasn't been given just yet.

Interestingly, Huawei's first foldable phone never actually made it to the UK or USA.

Instead it was only sold in China, which is where Huawei hails from.

But the Huawei Mate Xs is expected to go on sale around the world – including for Brits and Americans.

However, like previous Huawei models, it's unlikely that US carriers will stock the phone.

Instead, you'll probably have to pay full price upfront for an unlocked handset in the USA.

Huawei Mate Xs price – how much does it cost?

But it's entirely possible that Huawei will simply flog the device for $2,499 and £2,499 for simplicity – as is often the case.

However, US and UK pricing hasn't been officially confirmed.

In other news, Samsung recently unveiled its own bonkers Galaxy Z Flip phone.

But angry users say the device has already started breaking after just a few days.

Meanwhile, Apple may be about to launch its cheapest iPhone in years.

What do you think of Huawei's new mobile? Let us know in the comments!

Poet Amanda Gorman Wants to Speak at Another Inauguration — Her Own