On Tuesday, a deadly explosion tore through Beirut, the capital city of Lebanon, leaving at least a hundred dead and many more injured. The catastrophe comes at an already strenuous time as the nation is suffering from an economic crisis made worse by the COVID-19 pandemic.

The cause has not yet been confirmed.

Though the cause of the explosion is not yet known, a cache of 2,750 tons of ammonium nitrate, an explosive material, was stored at the blast site, located near Beirut’s port. Major General Abbas Ibrahim has warned against speculation of a terrorist attack until the investigation is completed, per The New York Times.

Meanwhile, Prime Minister Hassan Diab reportedly said, “I will not relax until we find the responsible party for what happened, hold it accountable and apply the most serious punishments against it because it isn’t acceptable that a shipment of ammonium nitrate—estimated to be 2,750 tons—was in a depot for the past six years without precautionary measures being taken.”

In the moments before the blast, a warehouse at Beirut’s port caught fire, possibly causing the materials to detonate, according to Lebanon’s National News Agency.

Hospitals in Beirut are at capacity.

The number of those killed or injured in the explosion continues to climb. With many more missing, officials fear that the death toll will also rise.

The Times reported that Beirut hospitals have begun to turn away injured patients, with some being transported to hospitals outside the city since those in Beirut have reached capacity. Cost of treatment for wounded patients would be covered by the Ministry of Public Health, according to Public Health Minister Hamad Hassan.

As medical workers attempt to treat those injured in the blast, they also face challenges from the damage inflicted upon the hospital buildings.

Rima Azar, a hospital director, told the Times, “The hospital has lots of cracked glass, the door to entrance of the hospital is completely shattered. The full ceiling fell on some patients in some rooms. The pressure was horrific. We heard a boom, then everything was shaking.”

Hundreds of thousands have been displaced from their homes.

At least 300,000 people have been displaced, according to Beirut Governor Marwan Abboud, per CNN.

“There are more than 300,000 Lebanese citizens unable to sleep in their own homes,” Abboud told Jordan news outlet Al Mamlaka.”Half of Beirut’s population have homes that are unliveable for the foreseeable future—for the next two weeks.”

Videos of the aftermath of the explosion show streets littered in glass and debris, and damaged buildings with collapsed walls and shattered windows.

Officials have since declared a state of emergency in Beirut and instructed “the High Relief Commission to secure shelter for families whose homes are no longer fit for housing, open schools and hotels to receive citizens, and request from the security services to ensure Not to tamper with the crime scene,” according to a statement published on CNN. 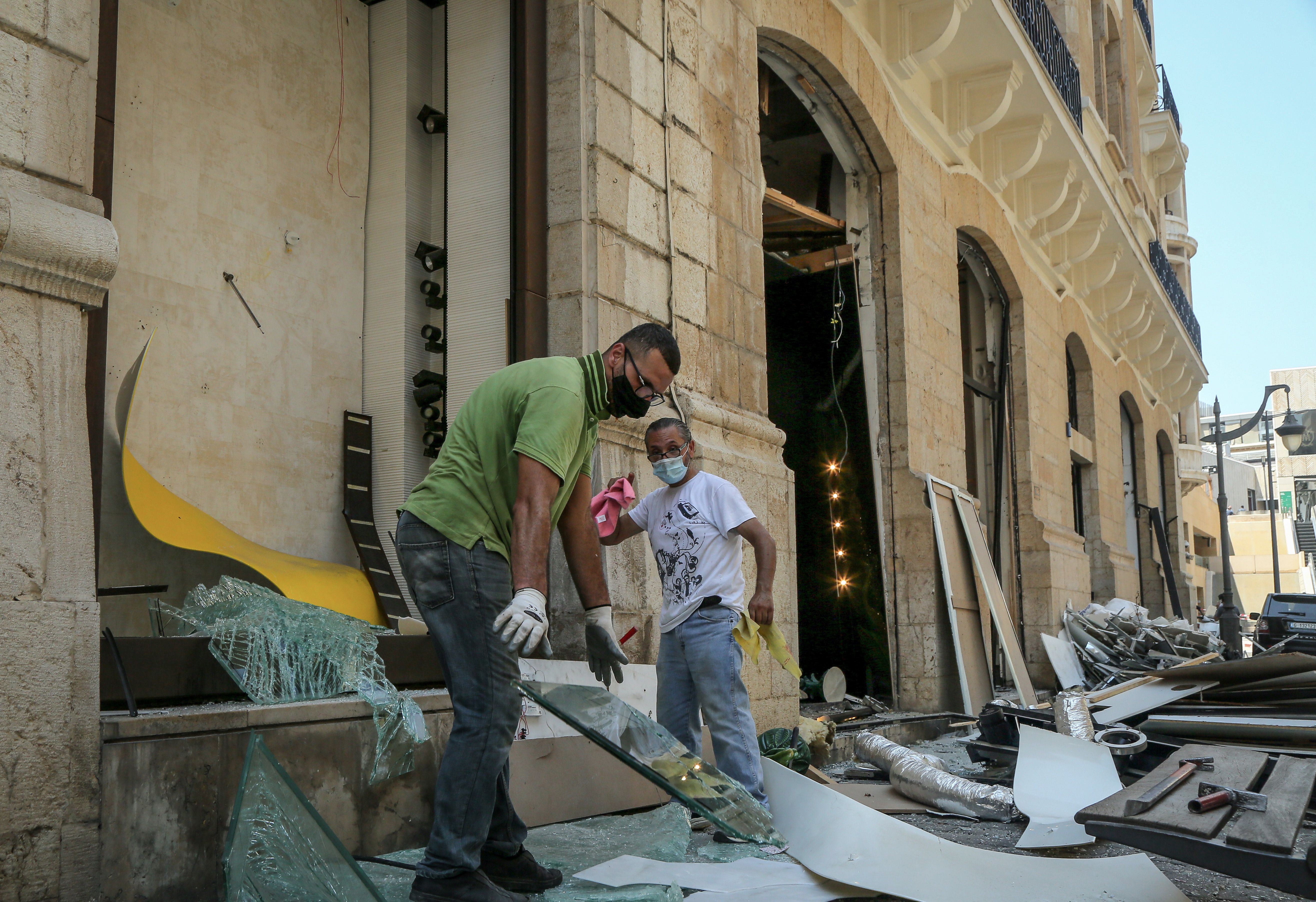 Here are some ways that you can help.

If you’re able to contribute, consider donating to these organizations.

Huawei announces plans for 3 new UK stores, just days after the government said it would ban the company from Britain's 5G network