VIDEO GAMES are at their best when they let us fulfil our most basic fantasies.

Want to win the Premier League? Want to fly a fighter jet? Want to build a city up from nothing only to have Godzilla stomp on it? Video games have you covered. 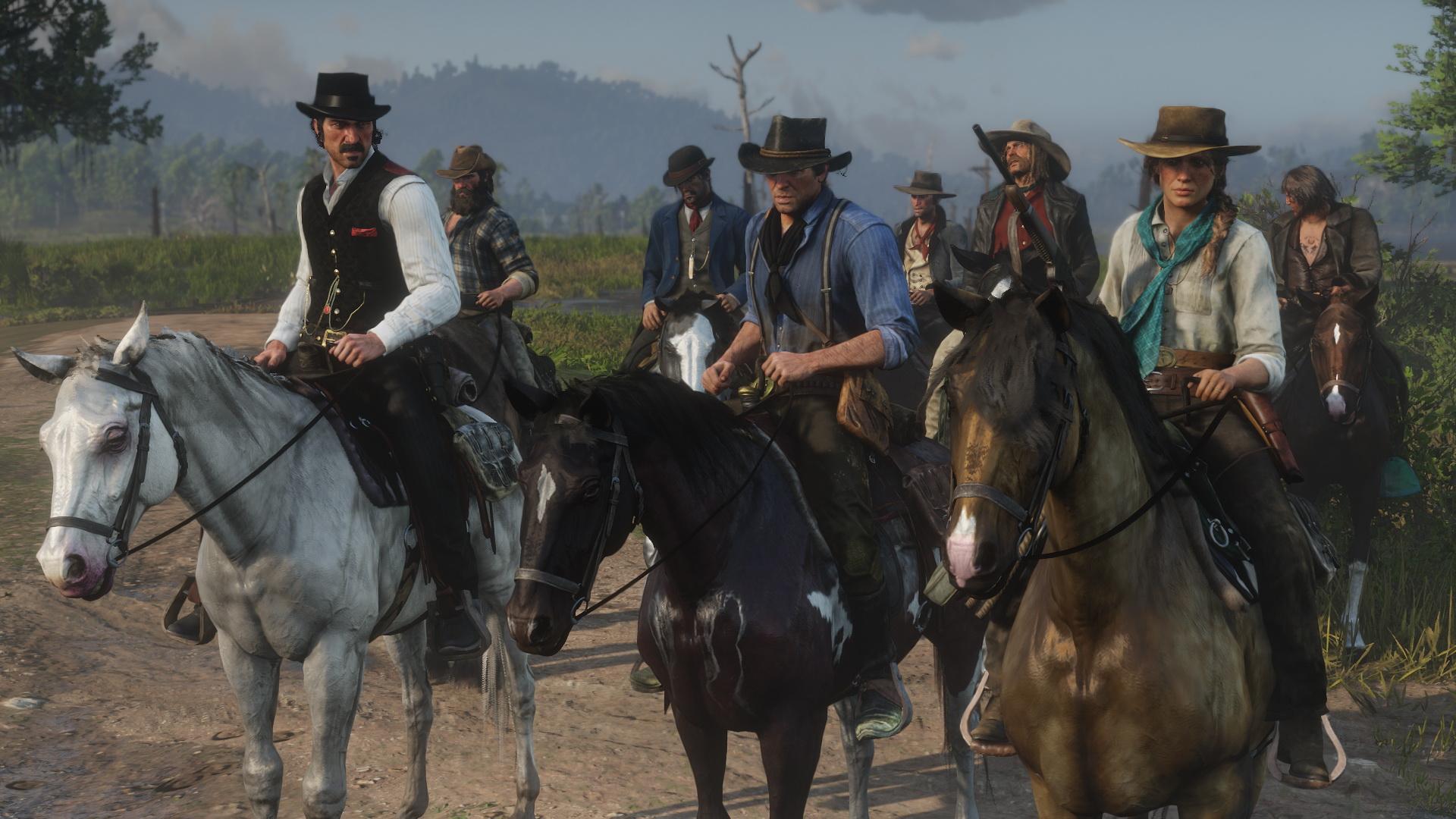 Even in this PC era, the cowboy fantasy still burns strongly, and Red Dead Redemption 2 works because it taps directly into that.

And how. Its absurdly large and detailed open world is something you can't fully appreciate until you step into it, as we got the chance to recently.

You can rob trains, hunt down outlaws for the sheriff — who knows "you don't send a saint to catch a sinner" and so will turn a blind eye to your other shady activities as long as you keep things relatively low key — or you can just roam the wilderness looking for trouble, fun, or just a new story to tell around the campfire.

What makes it work is the way the whole world ties it all together. 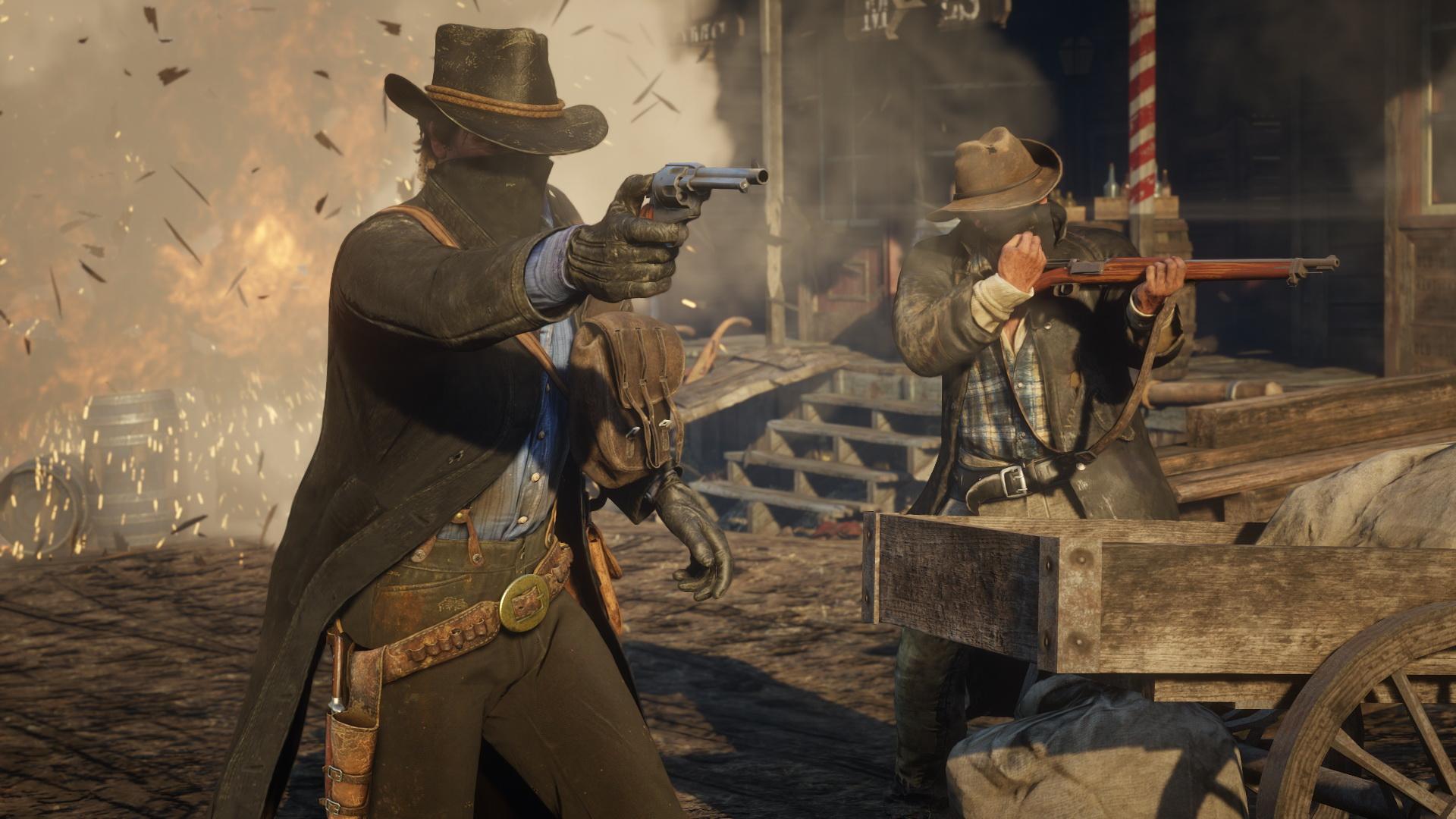 WHAT IS RED DEAD REDEMPTION 2?

You play as Arthur Morgan, a senior member of a gang of outlaws in 1899.

It's an open-world game set in a (slightly) compressed version of the Old West. Bits are very much modeled on Colorado's mountains and plains, others on the swamps around a large town modeled after an early New Orleans.

With mountains, forest, desert and more all having their own ecosystems, it features hundreds of different types of animal, thousands of characters — the cast numbers around 1,200 when you include motion capture and voice actors — and gorgeous vistas.

You story starts shortly after a robbery gone wrong has forced your gang into hiding in those mountains — and carries on as you try and settle old scores and rebuild your fortunes. 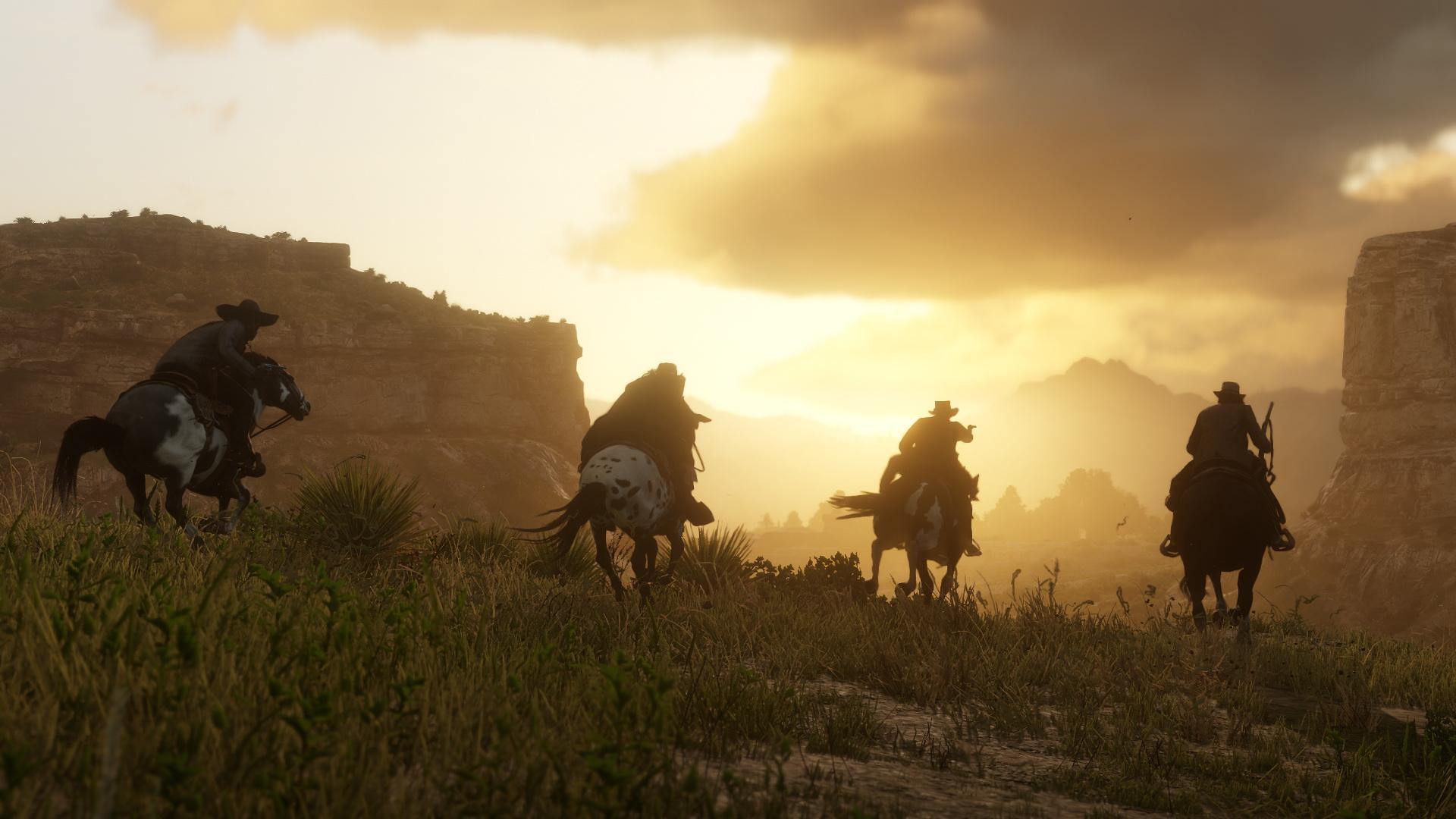 This is a world made by Rockstar Games, the people behind Grand Theft Auto, so you know it's going to be rich and involving. It's not a pixel-perfect recreation of the world as it is, but everything feels right — and more than any previous Rockstar game, it feels alive.

That comes from little things like being able to hunt, kill and skin a snake that bit a poor fellow you find dying by the side of the road, just because you feel like it, and happen to think that some snakeskin might be useful down the road.

Really, though, it's the characters that inhabit the game's enormous world that really make it feel alive. Running into the man you saved a little later delivers a nice little reward, and hearing him tell the rather embellished story is its own reward as well. Expect this sort of encounter fairly frequently — with a script in the thousands of pages, and more lines than War and Peace has words, the game covers a lot of ground.

But it's also things like the speed at which your fellow gang members wordlessly strip corpses of loot if you happen to be on a mission where you've got some help. 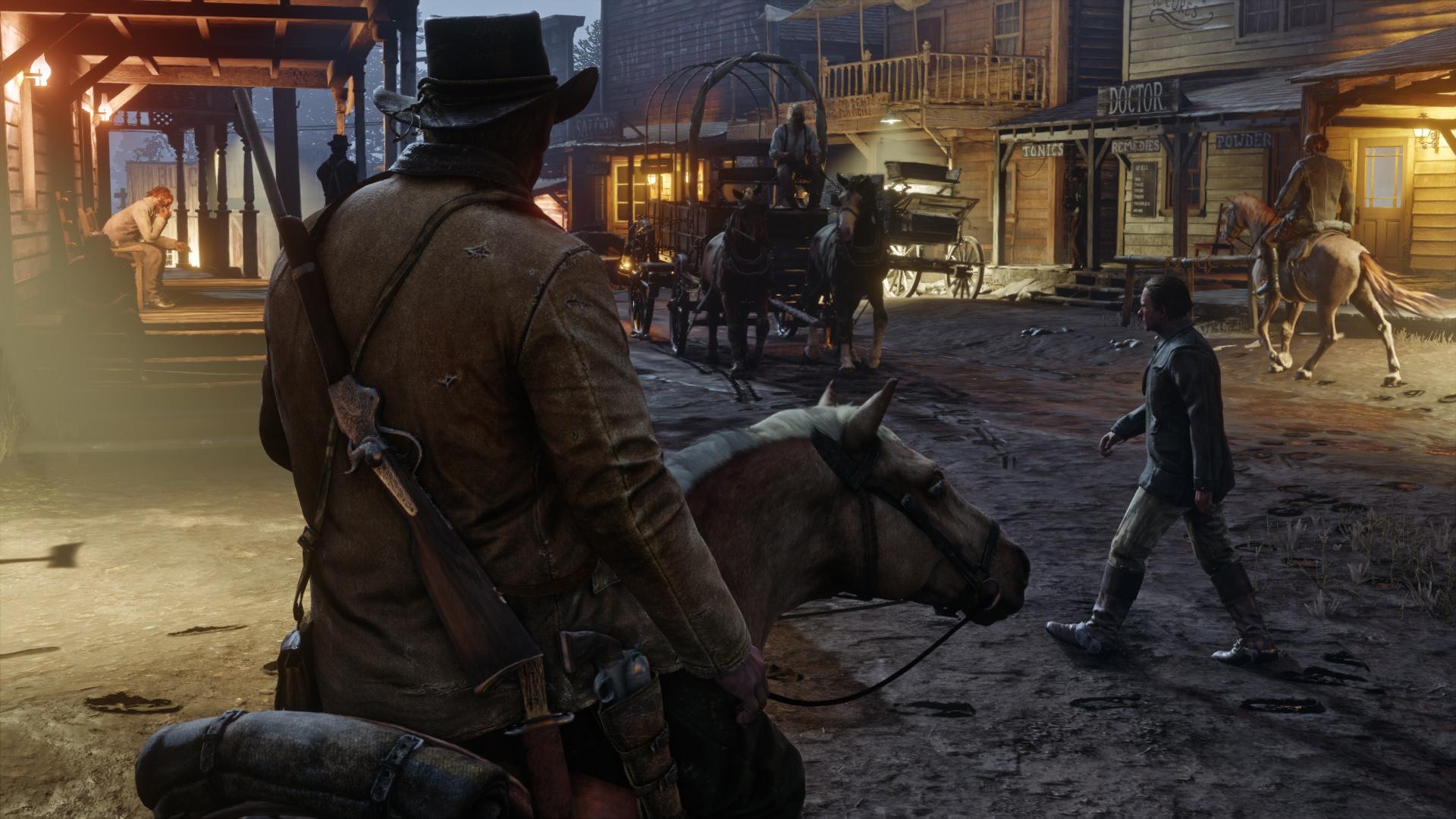 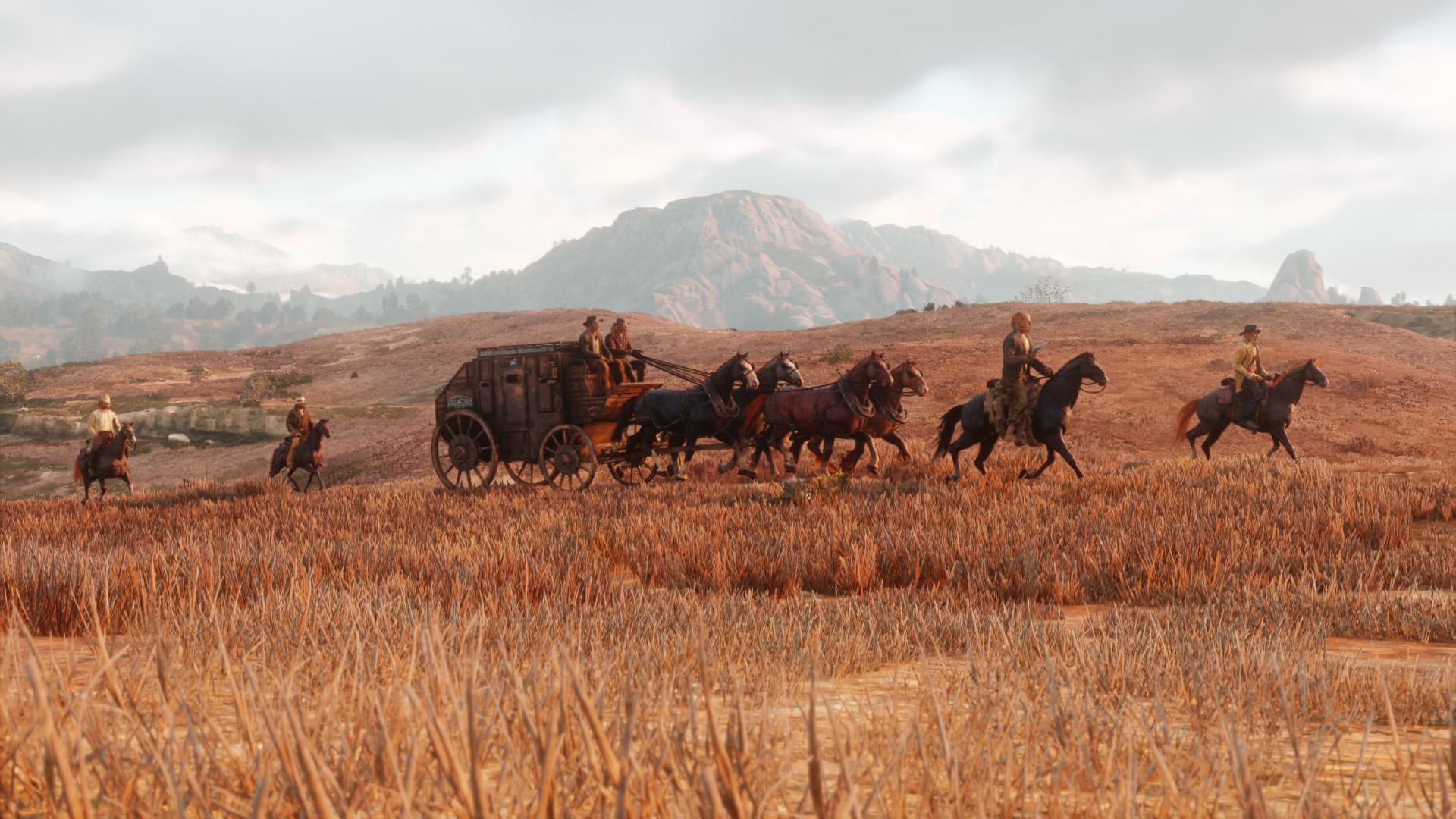 Nothing quite makes you feel like part of a motley crew of mistrustful bandits than swearing under your breath as you see them rifle the pockets of a corpse you had your eye on because they got their first.

But as with any fantasy, it's the detail that gets you once the stage has been set.

That can be being able to customise your trusty revolver with a longer barrel and just the right gold inlay on the handle to celebrate a surprise windfall.

Or maybe it's finding the perfect horse, taking pride in keeping it groomed as you develop a relationship with it so it's calm under fire and comes right away when you call.

Perhaps it's just remembering to buy some pomade in the general store so when you come to give yourself a trim back in camp you can slick your hair back just the way you like it. 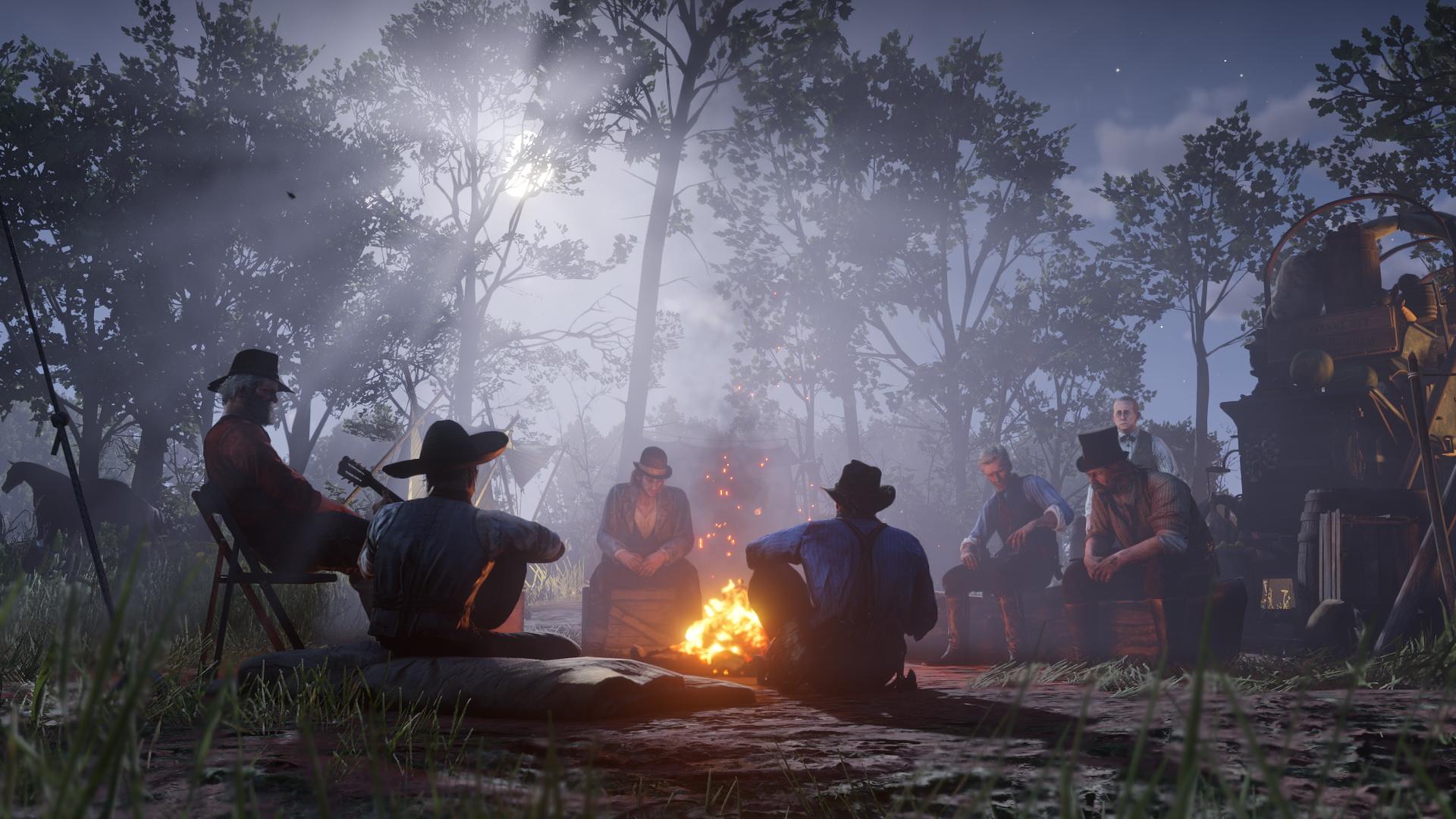 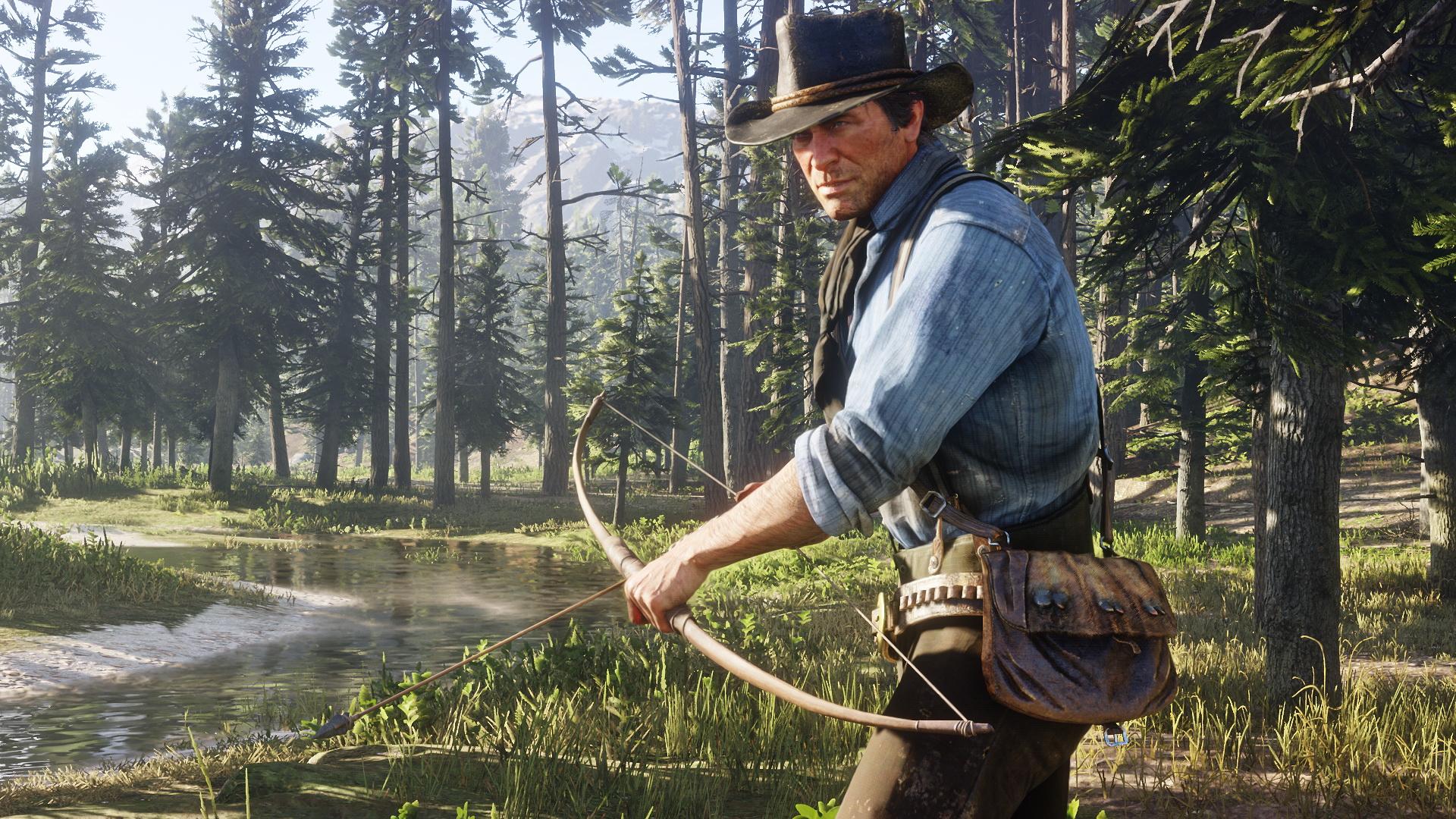 MOST READ IN GAMING

Whatever it is, it's all about your experience, and making the world yours.

You leave your mark on the world, whether it's in the form of a boarded up window from your last bar fight, being unable to convince a passer-by you had nothing to do with the dead body lying next to you because of the blood smeared on your shirt, or spending the credit at the gunshop you got from the idiot you saved from a rattlesnake bite when you run into him again as he's telling his friend about his lucky escape.

It all adds up to an open world more ambitious, fully realised and compelling than any we've ever seen–all built on one of the simplest premises imaginable.