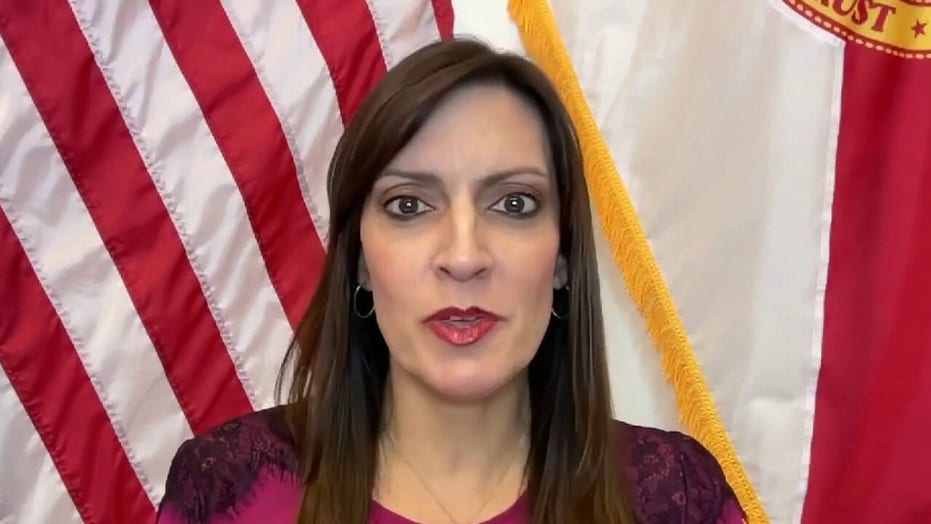 Republicans have continued to make serious inroads with Hispanic voters, recent polls have shown, and that’s especially true in Texas, where the GOP has ramped up its investments in Hispanic communities.

Macarena Martinez, the Republican National Committee’s Texas communications director, told Fox News Digital in a phone interview that the RNC’s investment in the Lone Star State is the largest in the organization’s history.

That investment has included opening community outreach centers – which don’t primarily focus on politics – across the southern half of the state.

The centers, which feature everything from movie nights to faith-based events to cryptocurrency trainings, are the GOP’s “primary way of engaging” with voters, RNC deputy national press secretary Nicole Morales, who was also on the call, told Fox News Digital. Simply being “present in their communities” and learning what issues motivate voters goes a long way, Morales said. 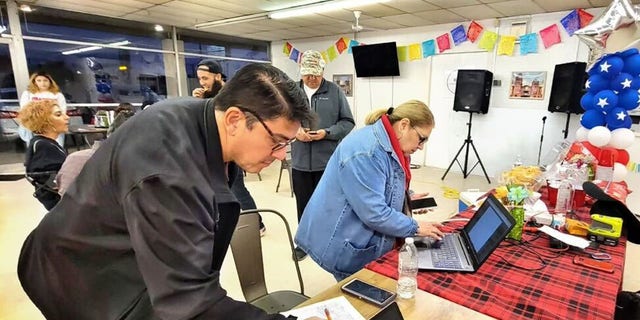 “Here in Texas, we’ve had a number of different things going on, from cryptocurrency trainings to how to start your own business trainings, as well as, of course, speaking about the Republican Party and our mission down here,” Martinez said.

Republicans are seeing “a big shift” among Hispanic voters that is spurring the party to ramp up its outreach in those communities, Martinez said.

“During the 2020 election, we saw certain districts in South Texas as having a promising future for the GOP as we began to see a lot of Mexican-Americans, as well as in other states with Cuban-Americans and Columbian-Americans,” she said.

“But here in Texas, we saw a huge shift to the GOP during President Trump’s second presidential election, given his stance on immigration, given his stance on the border wall, backing the blue, supporting law and order,” she continued, also noting the number of people employed by oil and gas companies in South Texas shying away from President Biden’s energy policies on the campaign trail.

Hispanic voters have been flocking to the GOP recently, and the long-established Democrat presence in the predominantly-Hispanic areas is waning.

Texas saw several historically Democratic seats flip at the state and national level, such as state Rep. Ryan Guillen, who left the Democratic Party for the GOP in November. 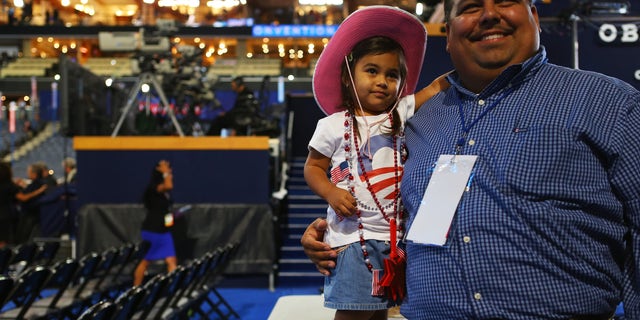 Texas legislator Ryan Guillen with his daughter at the 2012 Democratic National Convention. Guillen is now a Republican.
(Joe Raedle/Getty Images)

The former Democrat had won his seat by nearly 17 points in the 2020 election and has served in the Texas House for almost two decades. Guillen’s switch came amid criticism of the border crisis and Democrats’ embrace of the defund the police movement.

Martinez said one of the biggest drivers of Hispanic voters switching parties has been Biden’s crisis at the southern border. She predicted the crisis will impact the next election, and Texas will see more Hispanic voters casting red ballots.

“What we’ve seen is the Democrats’ constant pandering and constant open borders narrative that does not play out well, especially now,” she said. “And I have no doubt that we’re gonna see that phenomenon play out in 2022 during the midterm elections.”

“And I think nationally that the reason why a lot of Hispanics are leaving are just Democrat policies are failing them across the country,” RNC national press secretary Emma Vaughn said.

“The economy is poor, the supply chain crisis, the border. Crisis after crisis, Hispanics are being brought down and being left behind.”

“And under President Trump, they saw record-low unemployment, they saw record-high homeownership,” Vaughn continued. “So, I think it’s just the stark contrast between those policies is also driving nationally Hispanics moving to the Republican Party.”