For the first time since the Hyde Amendment was introduced in 1976, the House advanced a spending bill without it this week, opening up the possibility of affordable abortion care for millions more people.

A subcommittee in the Democrat-controlled chamber voted Monday to move President Joe Biden’s spending bill for the Department of Health and Human Services without the controversial amendment. It marked the first time in more than four decades that a provision banning the use of federal spending on most abortions ― a rule that’s made abortion inaccessible to the millions of women who receive health care through government-sponsored plans like Medicaid ― was excluded from the HHS budget proposal.

The bill now goes to the House Appropriations Committee, which is expected to give it clearance and advance it toward a full House vote. Though it’s unlikely to win Senate approval, pro-choice activists are celebrating the development in the House.

“This is a historic victory for reproductive freedom and this moment has been decades in the making,” NARAL Pro-Choice America’s acting president, Adrienne Kimmell, said in a statement. “We extend our deepest gratitude to our partners in the reproductive justice movement and to the women of color who have led the fight to end these harmful bans on coverage of abortion care.” 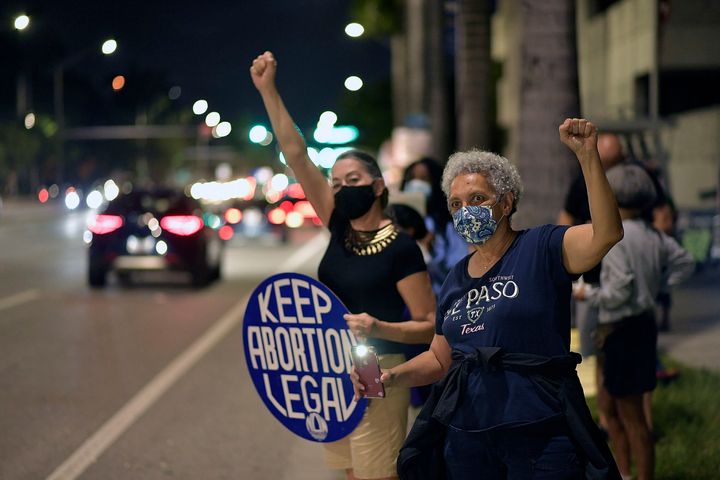 The Hyde Amendment has disproportionately affected women of color, particularly Black and Latinx women, who are more likely to be on Medicaid, a joint federal and state program for low-income individuals that 2 in 10 women of reproductive age rely on for coverage. The majority of people seeking abortions are also low-income, Black, Latinx or in their teens and 20s, according to a study of 2014 data by the Guttmacher Institute, a pro-choice research group.

House Appropriations Committee Chair Rosa DeLauro (D-Conn.), who vowed to eliminate the amendment last year, said in a statement that maintaining the status quo on the HHS spending bill is unconscionable given those statistics.

“I know that this is an issue on which many of us disagree. But regardless of the original intent of Hyde, it has disproportionately impacted women of color, and it has ultimately led to more unintended pregnancies and later, riskier, and more costly abortions,” she said in a statement.

“Quite frankly, allowing the Hyde Amendment to remain on the books is a disservice not only to our constituents but also to the values that we espouse as a nation,” she continued.

Between the Roe v. Wade decision in 1973 and the Hyde Amendment’s enforcement in 1980, Medicaid covered the cost of about 300,000 abortions every year. Today, both critics and supporters of the amendment agree it has substantially lessened abortion access among Medicaid patients. The Guttmacher Institute found in 2009 that about one-quarter of women who would have Medicaid-funded abortions instead give birth when they can’t access the funding. The Charlotte Lozier Institute, an anti-abortion organization, found in 2016 that there has been a 13% increase in births among Medicaid recipients since the Hyde Amendment’s enactment. 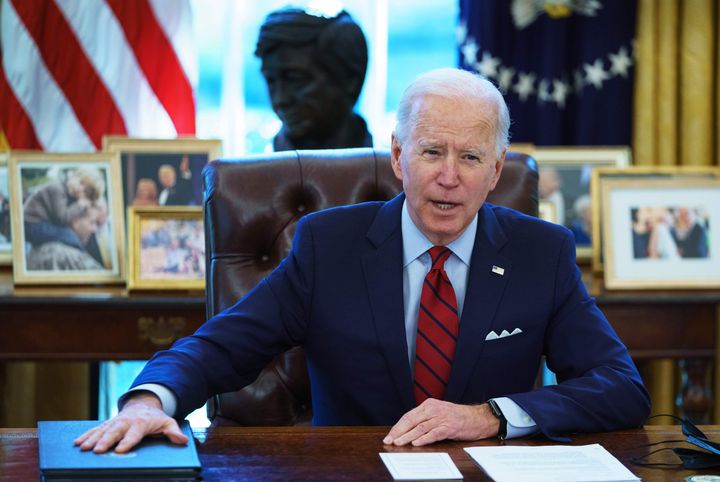 “That means in U.S. states that do not fund abortion through Medicaid, one in every nine people born to a mother on Medicaid owes his or her life to the Hyde Amendment,” the Charlotte Lozier Institute extolled in its report.

While the provision allows for states to cover abortions with their own funding, only 16 do.

Rhetoric around the Hyde Amendment has changed rapidly in the past few years. While on the campaign trail in 2019, now-President Biden revoked his long-standing support for the policy. Like many Democrats in the 1980s and 1990s, the then-senator singled out abortion from other medical needs as an inappropriate use of government funds.

President Barack Obama was willing to compromise with Republicans on the matter, too, in order to pass the Affordable Care Act in 2010. To secure their support for his legislation, Obama appeased GOP lawmakers by signing an executive order maintaining the rule against federal abortion funding, outraging pro-choice supporters in the process.

Today, there’s much less debate among Democrats over the problems with the Hyde Amendment, but the party’s razor-thin majority in the Senate makes passing this version of the HHS spending pill a pipe dream. Sen. Joe Manchin, a Democrat from West Virginia, said last month that he will go against his colleagues and support the Hyde Amendment in “every way possible.” Even if he were to reverse course on the matter, current filibuster rules would allow Republicans to hold up a vote on the legislation and kill the spending bill. Reforming those rules is another issue Manchin won’t move on.