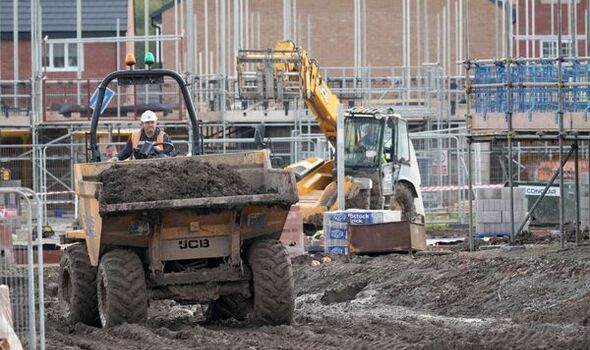 Writing in today’s Daily Express he said: “The lack of housebuilding is a critical issue for the health of the country’s economy.

“Building 100,000 homes boosts gross domestic profit by one per cent, underpins 250,000 jobs and supports tens of thousands of suppliers and sub-contractors.”

The intervention by the head of the UK’s most respected housebuilder will pile pressure on Prime Minister Rishi Sunak to keep his promise to turn renters into buyers by “doing whatever it takes” to build affordable and plentiful housing. The UK-wide shortage comes at a time of rapid population growth.

The Local Government Association states land for 2.6 million homes is allocated and nine in 10 applications are approved. But it is angered at the time it takes for developers to build on sites granted permission, with some remaining dormant for years. More than one third of the homes allocated in current Local Plans across England have not been submitted for planning permission.

Housebuilders have pointed to a lack of skilled tradespeople. But Mr Thomas said that if the industry and the Government worked together to train a new generation of craftsmen, Britain could embark on a building boom that would “deliver a massive boost to the country, right when we need it most”.

David Renard, the LGA’s housing spokesman, said: “Councils need to be given powers to incentivise developers to get building.

“These include being able to charge full council tax for every unbuilt development from the point the original planning permission expires.”

The Government’s proposals for unlocking housebuilding are to be set out “in due course” but a spokesman added that the number of new homes starting construction was at a 15-year high in England.