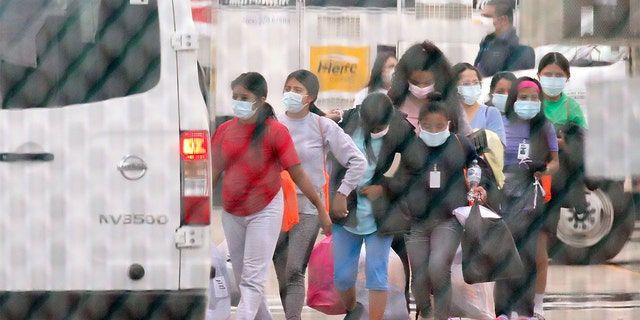 The nonprofit told Axios that its work on the border was “a continuation of services we have delivered to the migrant population since 2012.”

The letter also referenced $86 million for hotel rooms for migrants, $19 million in March alone for operating Customs and Border Protection’s Donna Processing Facility in Texas that had recently reached 420% capacity, $60 million per week for unaccompanied minors, and millions used to pay for transportation of migrants and their sponsors.

“Many of these adjusted costs were not budgeted or appropriated for, nor were they approved by Congress,” the letter said. “Additionally, these costs were not accounted for in the most recent budget outline submitted by the Biden Administration. What is even more disconcerting is the budget outline for the upcoming fiscal year calls for a freeze in funding for DHS.”

The congressmen went on to request answers to several questions about the money being spent, including details about “the total federal costs above budgeted line items,” the projected total cost for Fiscal Year 2022, whether the FY2022 budget will include detailed plans for handling the crisis, specifics regarding funding reprogramming at DHS and HHS, and whether the administration plans on asking for more money.

They also wanted to know how much money the Biden administration has sent in aid to Central American nations with the goal of preventing illegal border crossings.

“The Biden Administration owes the American people an honest assessment of what is happening at the southwest border, and that includes the cost of the crisis to American taxpayers,” Smith said in a statement. “For months, President Biden and his Administration have tried to downplay the disaster while spending hundreds of millions on the response. Congress and the American people need to know what is being spent, where, and what more will be requested by the Administration as it contends with a crisis of its own creation.”

“This is a crisis of President Biden’s own making yet American taxpayers are left footing the bill,” Katko said. “No administration should have the unchecked authority to spend millions of taxpayer dollars to cover up self-made chaos without approval from Congress. It’s time for the Biden Administration to answer some tough questions, including why they proposed a freeze in funding for DHS while they are spending millions of dollars on hotel rooms and transportation for migrants who have illegally entered our country.”