A group of GOP House freshmen penned a letter to President-elect Joe Biden on his inauguration day pledging to work with the incoming Democratic president to find common ground solutions for all Americans.

The 17 Republicans, led by Rep. Beth Van Duyne of Texas, congratulated Biden on the start of his presidency and offered to work with him on targeted coronavirus relief, protecting Americans with pre-existing health conditions, improving infrastructure and restoring the economy.

“We firmly believe that what unites us as Americans is far greater than anything that may ever divide us,” the lawmakers wrote. “In that spirit, we hope that we can rise above the partisan fray to negotiate meaningful change for Americans across the nation and maintain the United States’ standing as the best country in the world.” 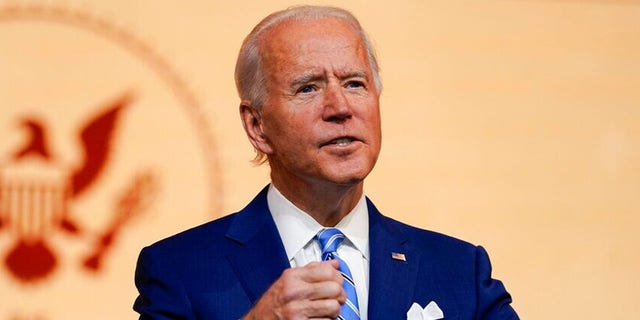 The GOP members say they’d like to work with President-elect Joe Biden and move past partisanship.

The diverse group of incoming freshmen ranges from Rep. Barry Moore of Alabama, who helped lead the effort to toss out Biden’s Electoral College votes on Jan. 6 over concerns of voter fraud, to Reps. Peter Meijer of Michigan and David Valadao of California, who voted to impeach Trump for his role in inciting the deadly riot at the Capitol.

The members said the two impeachments and the “horrific attack” at the Capitol have shown it’s time to move past the deep divisions in America.

“It is clear that the partisan divide between Democrats and Republicans does not serve a single American,” they wrote.

“…Americans are tired of the partisan gridlock and simply want to see leaders from both sides of the aisle work on issues important to American families, workers and businesses.”