The city of Rotterdam has agreed to remove a section of a historic bridge in the Netherlands to make way for a superyacht, reportedly built for Amazon.com founder Jeff Bezos.

A spokesperson for the city of Rotterdam said the mid-section of the century-old “Koningshavenbrug,” know by locals as “De Hef”, will be removed this summer to make way for a yacht with 40-metre masts, but declined to comment on who owns the ship. 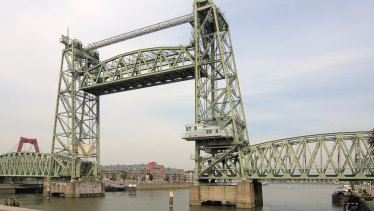 The historic bridge Koningshavenbrug in Rotterdam, which is being dismantled to make way for what reportedly is Amazon boss Jeff Bezos’ new superyacht.

Rotterdam broadcaster Rijnmond reported that the yacht is owned by Jeff Bezos. Officials at yacht builder Oceanco did not respond to requests for comment. Representatives for Jeff Bezos did not immediately respond to a request for comment.

The vessel, known as Y721 during construction, will measure 127 metres, making it the largest sailing yacht in the world when it launches in 2022, according to figures published by Boat International.

To get from Oceanco’s inland dock in Alblasserdam to the North Sea, the yacht must pass the old bridge, the first landmark to be restored in post-war Rotterdam. 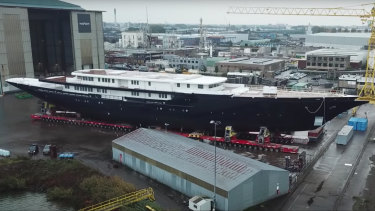 On Facebook, more than 3,800 people signalled interest to join an event calling on Rotterdam residents to throw rotten eggs at the yacht as it passes through De Hef, the NL Times reported.

“Rotterdam was rebuilt from the rubble by the people of Rotterdam, and we won’t just take that apart for the phallic symbol of a megalomaniac billionaire. Not without a fight!” the initiators wrote in their Dutch-language post, according to the newspaper’s translation.

The city said it carefully considered its duty to care for the bridge and the economic interests created by the project before “ultimately deciding to vote in favour of this request”.

Undisclosed costs for the bridge operation will be covered by the ship builder, the city said.