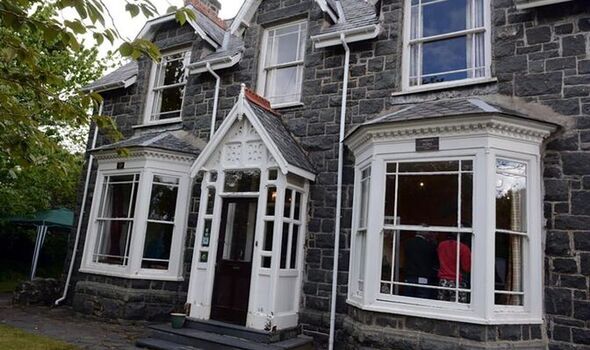 The birthplace of Lawrence of Arabia – which includes 14 rentable rooms – has been put up for sale.

TE Lawrence, renowned for his role in the Arab Revolt and the Sinai and Palestine Campaign against the Ottoman Empire during the First World War, was born out of wedlock at Gorphwysfa in Tremadog, Gwynedd, in 1888. His father Thomas Chapman was an Anglo-Irishman, and his mum Sarah Junner had been governess to his daughters before Mr Chapman left his wife.

They lived at the property – which later became Ty Lawrence/Snowdon Lodge – for around 18 months before moving to Scotland. Lawrence went on to become one of the most famous and enigmatic characters of the 20th century, leading an Arab revolt against the Turks in the First World War. He was Immortalised in David Lean’s influential 1962 epic Lawrence of Arabia.

Now the Grade II property he was born in has come on the market with Fleurets. The asking price is not disclosed. Back in 2008 it had been on the market for £900,000.

Snowdon Lodge is full of information about TE Lawrence with memorabilia and posters throughout the building. Outside there is a plaque commemorating the building as the birthplace of Lawrence of Arabia, North Wales Live reports.

Owners Carl and Anja Borum have undertaken significant work on the property in recent years.

Lesley Watmough, from Fleurets, said: “This business has been run as a secondary lifestyle business by its current owners for the last 20 years, initially as a backpackers hostel, now as group accommodation.

“Following the sale of their main hospitality operation in 2019, the owners put their focus on a large scale refurbishment programme to upgrade facilities and add extra rooms, new en-suites, a large games room as well as conference facilities.

“The property has enormous potential yet to be explored in its entirety. It lends itself to various other usages like hotel, B&B, restaurant with rooms, drive through, holiday complex or health care (STPP).”

Tennessee town on sale for $725K

Universal Credit: The budget made these changes to advance payments because of coronavirus