CHILLY commuters were delighted when their journey to work was made more bearable this morning (Monday) – thanks to a high-tech heated bench.

The bench has been installed at Coulsdon South train station – which has temporarily been renamed Warmsdon South – to celebrate the new feature. 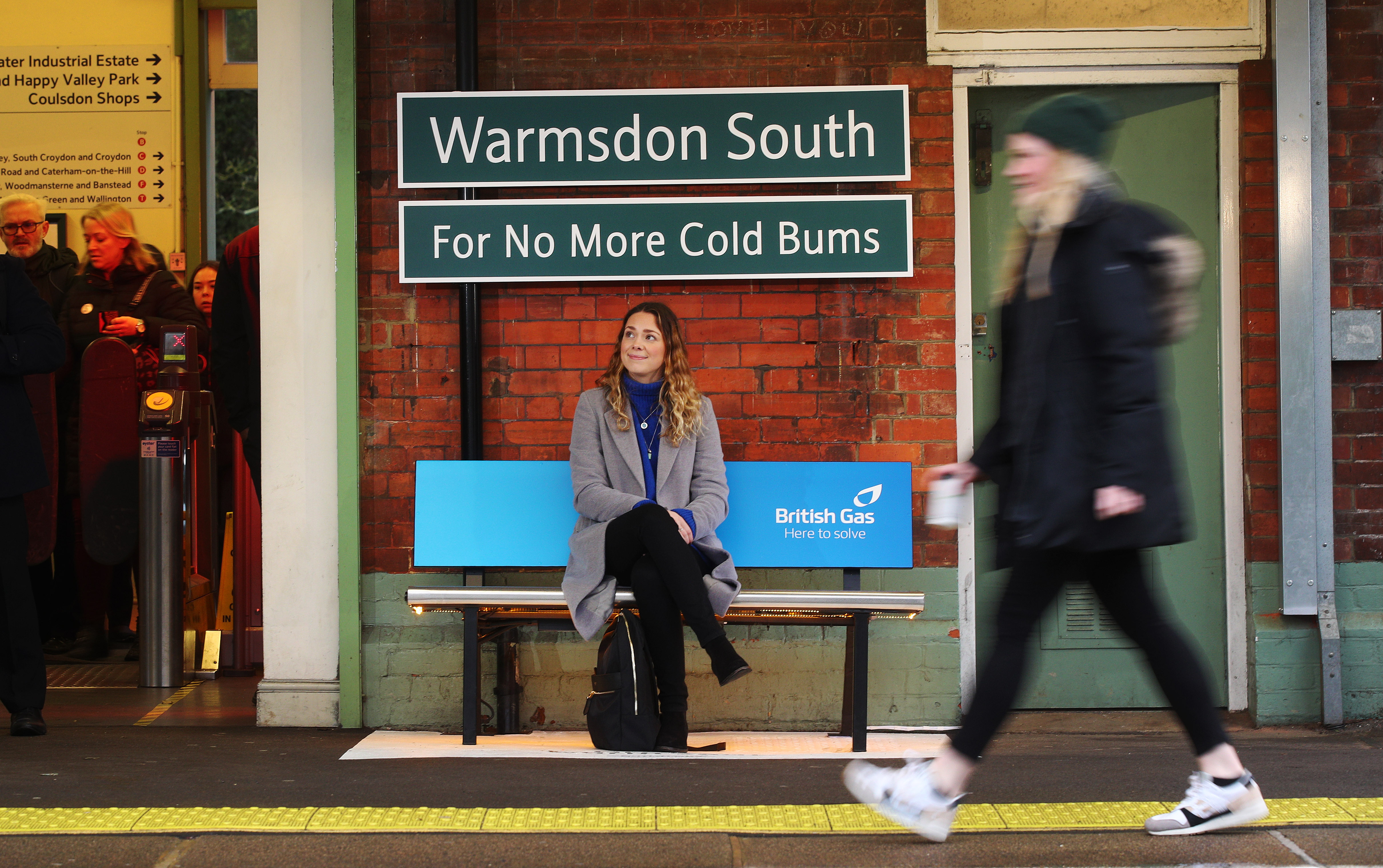 It comes complete with Wi-Fi so those on their way to work can catch-up on the latest news, social media or download music ahead of their journey to work.

And for those who forgot to charge their devices, the bench also comes with charging facilities – all this while they warm their bottoms.

British Gas installed the bench to give commuters a reprieve against the ice cold morning weather when waiting for their train to arrive.

Dave Kirwan, British Gas managing director, said: "Mornings – and commutes – are tough, and in winter they can be even tougher. 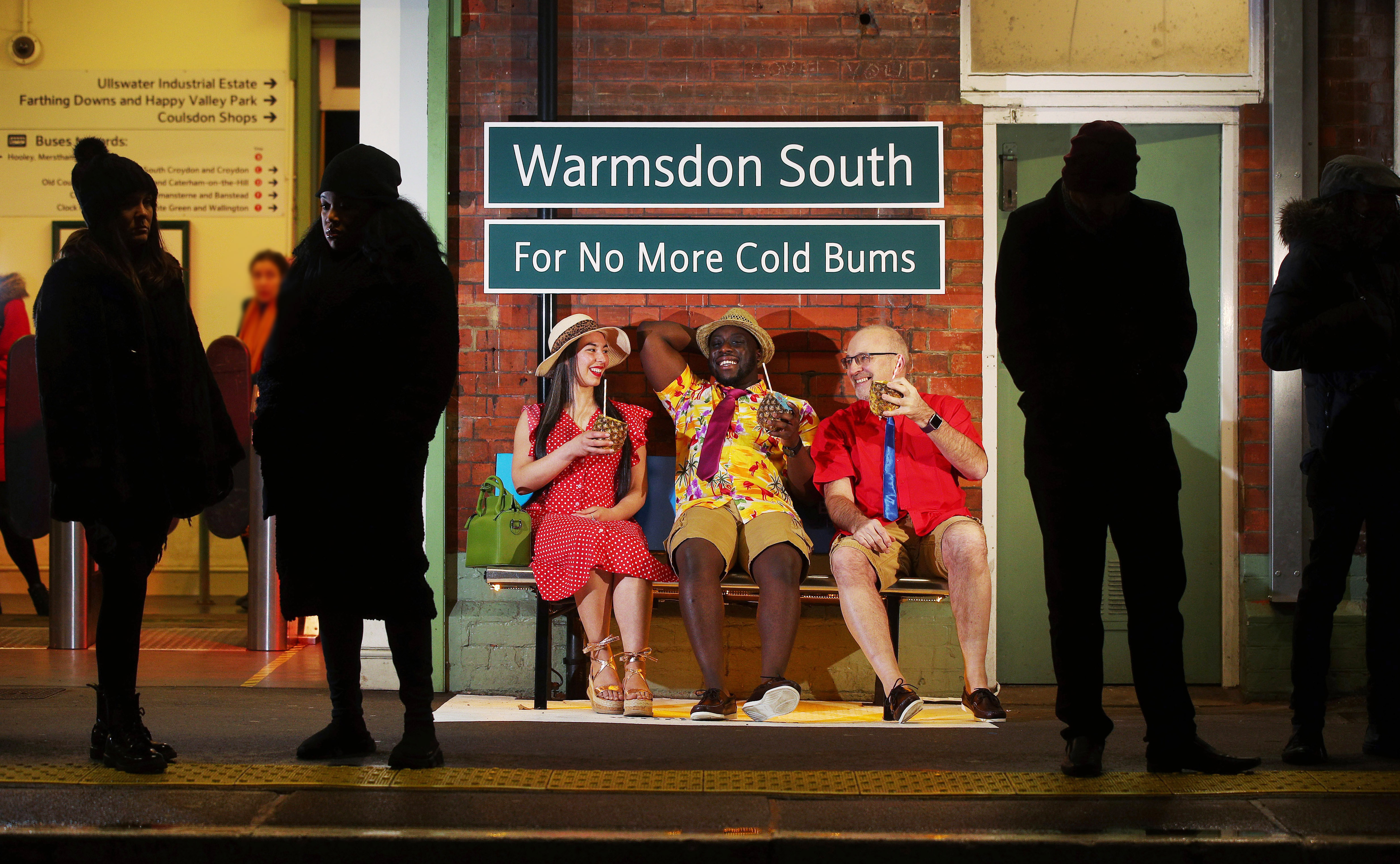 "At British Gas we’re committed to keeping our customers’ homes running smoothly, and this week we wanted to help outside the home."

The bench was developed after it emerged three in 10 adults are more likely to snooze their alarm in the winter than they are during the summer.

As a result, perhaps it is no surprise that 45 per cent have missed their regular transport connection during the cold months.

And 44 per cent said they are twice as likely to be late dropping their children off at school or nursery.

The British Gas study carried out through OnePoll also found more than half of the nation considers their commute to be the absolute worst part of their morning routine.

Dave Kirwan added: "We hope this will make the final week of winter a little easier for commuters, so the people of 'Warmsdon South' can get out the door, to the station and get on with their day.

"If we warm the hearts – and bums – of Coulsdon South, you may see the heated bench at a train station near you next winter."

In other news, Google is planning to build a "smart city" with self-driving shuttles, heated pavements and underground postal tubes.

Britain’s first zero-carbon homes are powered by the Sun and warmed up by your body – but a three-bed costs £800,000.

Seaside towns have been urged to move inland as climate chaos now means a "retreat" is needed, top scientists have warned.

And, designs for the first "space hotel" have been revealed and they're as weird and futuristic as you would expect.

Do you think all benches should be heated? Let us know in the comments!