DoorDash is set to take a bite out of the public markets on Wednesday in its trading debut.

The company plans to sell 33 million shares at a range of $90 to $95 a share, according to a filing with the Securities and Exchange Commission. If all goes according to plan, DoorDash — the largest food-delivery app by market share, according to Second Measure, bigger than UberEats, Postmates, and GrubHub — will become worth $30 billion at the top of that range.

Its public offering should deliver some tasty returns for DoorDash investors. The company raised $2.5 billion from private investors, it said.

The company's filings with the Securities and Exchange Commission reveal the names of its biggest stockholders. So, just for fun, we calculated the total value of their stakes by pricing all of their shares on the low end at $90.

The value of the total stake does not indicate the shareholder's profit after buying their shares. For instance, investors who took a chance on DoorDash at the seed stage bought in at $0.15 a share, according to its S-1 filing, while late-stage investors paid as much as $5.51 per share in a Series D round that valued it above $1 billion.

It's worth nothing: Not all shares are created equal. As is typical these days, DoorDash is using a two-tier structure where it sells Class A shares to the public, with each of those shares offering one vote per share; and it has Class B shares — which are owned only by its founders, executives, and key investors — that come with 20 votes per share.

Here are the people who can cash out huge paydays when DoorDash goes public. 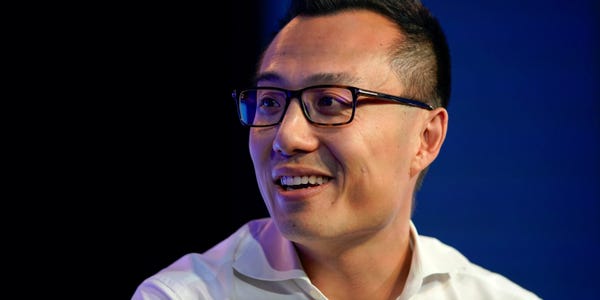 Xu is no stranger to the food business. As a kid, he washed dishes in the Chinese restaurant that his mother ran. After he got together with some business school friends to create a food delivery app in 2013, Xu personally ran pizza and Pad Thai orders to customers on campus.

The company's public offering should make the Chinese immigrant-founder a billionaire. 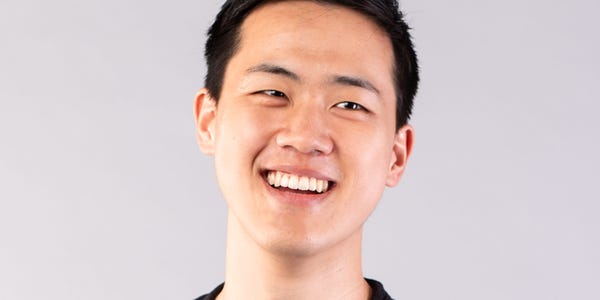 At Stanford, Fang worked on a computer science degree at the same time he was building his first startup, Palo Alto Delivery, which helped local restaurants get their food to customers. The business that became DoorDash was funded by Y Combinator before Fang even graduated.

Today, he is DoorDash's chief technology officer, responsible for product and engineering. 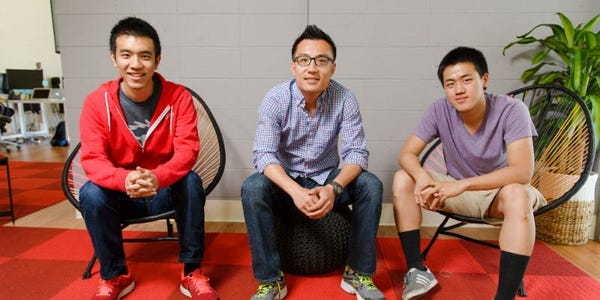 Tang was a classmate of Andy Fang in Stanford's computer science department when they teamed up with graduate business students Tony Xu and Evan Moore to build an app.

Along with Fang, Tang graduated about two years after launching DoorDash's predecessor, Palo Alto Delivery. But while Fang gravitated toward the code base, Tang took an interest in overseeing the design of its service and how customers and partners interacted with it. 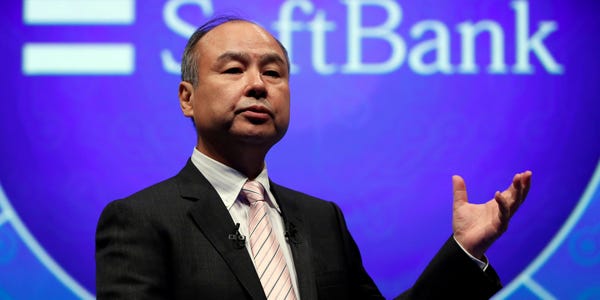 In the food delivery wars, DoorDash has Japanese investor SoftBank to thank for giving it the capital to expand and pull ahead of its competitors, like Uber Eats, GrubHub, and Postmates.

The firm led a $535 million funding round that valued that company above $1 billion in 2018. SoftBank invested in two subsequent rounds, bringing its total investment to $680 million.

SoftBank is DoorDash's largest shareholder, with a 24.9% stake, according to the S-1 filing. 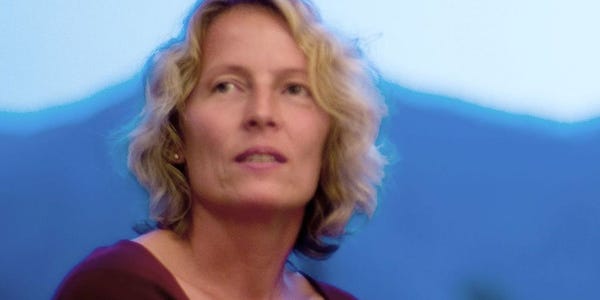 The first female director on DoorDash's board, Shona Brown is a former Google executive.

In the early 2000s, she led "a SWAT team of 25 strategic consultants" who the search giant tasked with thinking about how the organization should run from a managerial view. In 2011, she left that role to take a position leading Google's charitable organization, Google.org. 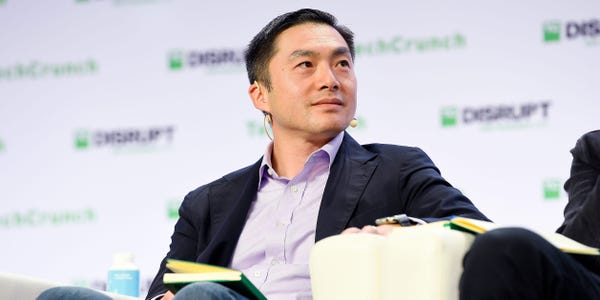 Sequoia Capital partner Alfred Lin passed on an opportunity to invest in DoorDash at the seed stage, when the food-delivery service was still run out of Tony Xu's dorm room at Stanford.

The investor did not make the same mistake twice. In 2014, Sequoia led the company's Series A round, buying in a price per share of $0.73, and has contributed to every financing since then. 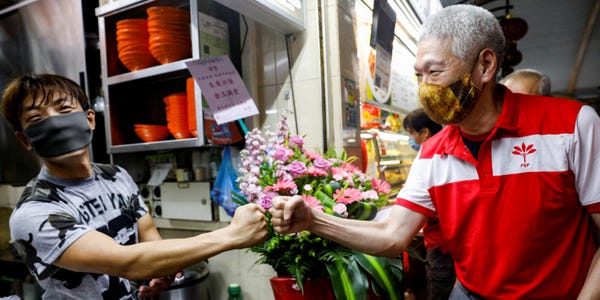 The venture shop with the third largest stake in DoorDash is actually the investment arm of Singapore's sovereign wealth fund, listed simply as Greenview in the startup's S-1 filing.

According to its website, the group was created in 1981 to invest across a range of asset classes in both the public and private markets, in order to "secure Singapore's "financial future." 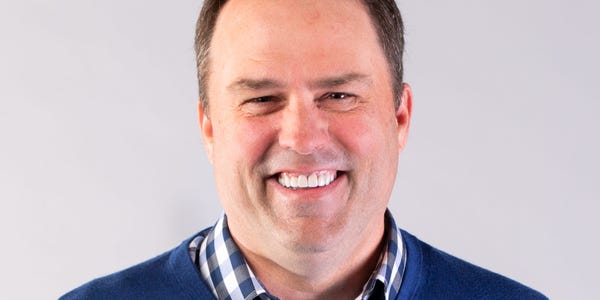 At DoorDash, Payne is responsible for the profit and loss of the company, he says. He leads operations for the marketing, merchant, and delivery worker, or "dasher," teams.

This year is unlike any other at DoorDash as lockdowns spurred by the COVID-19 pandemic gave ever more people reason to order takeout — including Payne's family. He said early in the pandemic, he and his wife "built a small station with water and snacks outside our front door to thank our 'dashers' for delivering food for our family multiple times a day." 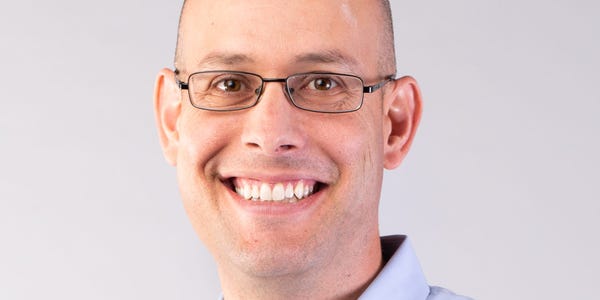 DoorDash hired Yandell in 2016 as its first general counsel from Uber, where he was promoted to director of litigation just as the ride-sharing app was ramping up its food delivery business.

In his new gig, the attorney leads internal organizations that fuel the business, including corporate development, customer care, legal, and trust and safety. He is also an executive sponsor for the company's employee resource group for women, according to LinkedIn. 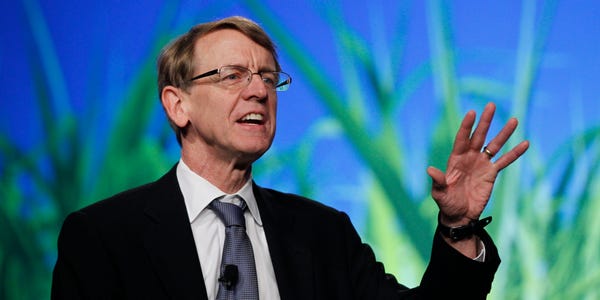 The chairman of Kleiner Perkins, John Doerr took a seat on DoorDash's board after his firm led a $35 million funding round that valued the startup at nearly $600 million back in 2015.

In a blog post at the time, DoorDash wrote that his "vision and ambition to make a dent in the world, matched by his experience of having served on the boards of companies like Google and Amazon from their beginnings, makes him an ideal partner for our current stage of growth." 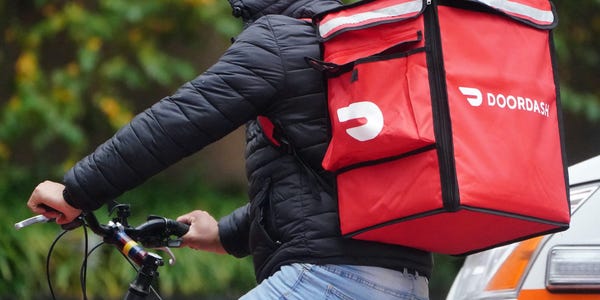 Stan Meresman is the audit whiz that hot startups bring in as they ready to go public.

He came up as a financial expert in Silicon Valley when the area was still known for making computer parts. After he took one semiconductor-manufacturer public, he started to build on a reputation of advising CEOs and CFOs on what it takes to operate as a public company.

Over the last decade, Meresman has guided eight companies — such as Cloudflare, LinkedIn, Snap, and Zynga — through the IPO process. He joined DoorDash's board in 2018.

At $90 a share, those shares are worth more than $6 million.

Long before Zoom, this is what video calling looked like