Healthcare group Healius Limited is weighing up its second takeover bid in just over a year, this time from Swiss private equity firm Partners Group, as it looks to sell off its struggling medical clinic network.

The medical imaging and pathology provider, formerly known as Primary Health Care, confirmed after the market closed on Tuesday that Partners Group had bought a 16 per cent stake in the company and lobbed a $2.1 billion takeover bid for the company. 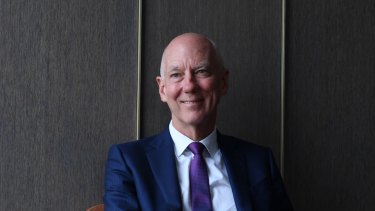 The offer price of $3.40 cash per share is a 23 per cent premium to the group's closing price on Tuesday and more than the $3.25 a share on offer when Healius fended off a takeover attempt by its then-largest shareholder Chinese group Jangho last January.

Healius' board said it had not formed a view on whether the bid was a good deal for shareholders.

The company on Wednesday meanwhile put its network of 73 medical centres up for sale, with the division remaining a drag on its earnings in the first half of the year.

“We still believe in medical centres as having a bright future," said Healius chief executive Malcolm Parmenter. "But the timeline to get there is taking a bit longer than where we thought it was going to be."

He said investments in Healius' pathology and imaging businesses – which delivered earnings growth of 10 per cent and 5 per cent in the half, respectively – would deliver better returns for shareholders.

Earnings before interest and tax fell 9 per cent in the medical clinic division in the December half as improved GP recruitment was offset by doctor retirements, lower service fees and a fall in productivity caused by introducing a new IT system.

Dr Parmenter said moving to an appointment model in clinics had improved recruitment, however the new booking system involved also disenfranchised some GPs.

“The new systems and processes tend to be harder for the older GPs to come to grips with and that’s triggered a few retirements," he said. "We think that’s a short-term issue."

Healius' half-year net profit was $66 million, up threefold from $20 million in the same half last year. On an underlying basis, profit grew by 7 per cent to $42 million.

The company declared an interim dividend of 2.6¢ per share, down from 3.8¢ a year earlier. \