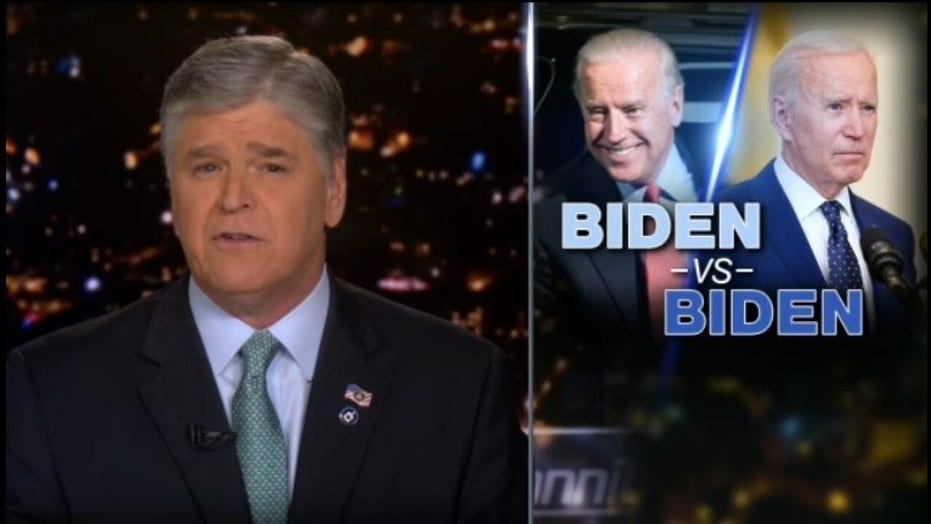 Hannity: Biden unwilling, unable and incapable of rising to the occasion

Sean Hannity analyzed President Biden’s continuous gaffes Monday on “Hannity,” comparing his behavior now to that of just a few years ago.

HANNITY: According to Press Secretary Jen ‘circle back’ Psaki, Biden has so much energy and vigor, she claims she can barely keep up with Joe. Really, Jen? That might be the biggest lie from the White House ever. You must be in serious decline because Jen, no American would have a tough time keeping up with Joe’s schedule. Clearly, what we see today… Is not the same Joe Biden of 2008, 2012, or even 2016.

This is not good. Joe now has trouble remembering names and dates. He struggles with complex details, he often loses his train of thought mid-sentence, quickly becomes irritable. At times it appears that “Sippy Cup” is having trouble even walking, and listen to this from the Washington Post. Quote, “Senator Chris Coons, a longtime Biden confidant, said that Biden in meetings ‘just crosses his arms, puts his chin in his hand and then just listens.’” I don’t know exactly who is steering the ship, but it’s not that guy, and it is obviously not going well and they are trying to hide it from the rest of the world.

Roll the tape: Republicans release video of all the times Democrats wanted to 'defund the police'