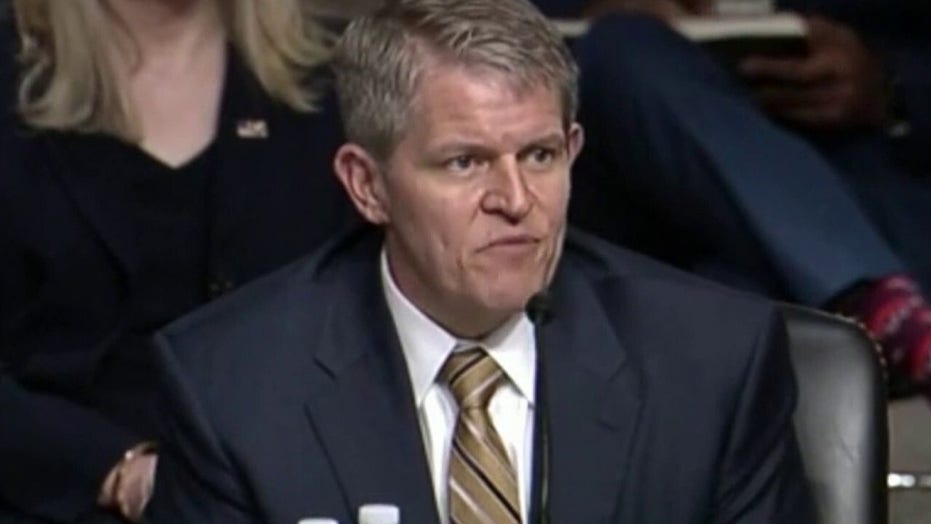 Every GOP senator on the Senate Judiciary Committee has demanded a second hearing for President Biden’s embattled nominee to lead the Bureau of Alcohol, Tobacco, Firearms and Explosives (ATF) over alleged past racist comments.

According to the senators’ press release, they called for the hearing “following now-corroborated reports of racist comments directed at other ATF employees.”

The report also states that another anonymous agent said he withheld his identity for his own safety as Chipman garnered a “reputation for being a bully.”

The lawmakers wrote that the report “presents two issues that the Judiciary Committee must address, including “allegations that Mr. Chipman made racist statements about the abilities of African American ATF agents, the existence of which allegations have been confirmed by current and former ATF officials.”

“Second, these allegations imply that an important field assignment in Mr. Chipman’s career was one that he allegedly was both forced first to take and then to relinquish,” the letter reads.

“The first issue gets to Mr. Chipman’s character and the second gets to his effectiveness as a leader,” the letter continues. “Both should be of paramount importance to the Judiciary Committee.”

The lawmakers also pointed out that Chipman’s nomination “was never reported” from the committee, as “it failed by an even vote,” meaning his nomination has not advanced out of the Senate Judiciary Committee.

“Because the Judiciary Committee still has Mr. Chipman’s nomination it’s critical that we call him in for a public hearing to address these allegations before any move is made to advance his failed nomination to the Floor,” the lawmakers wrote.

Chipman, a controversial nominee, has been blasted throughout his confirmation process for his past working with gun control groups.

The White House did not provide comment to Fox News. Durbin’s office did not return Fox News’ request for comment.