Republican attorneys general are hitting the Biden administration with a barrage of lawsuits even before the end of its first 100 days, foreshadowing what could be a litigious four years between President Biden and the top state law enforcement officials.

The effort comes after years of Democratic attorneys general consistently taking former President Trump to court, occasionally bringing cases all the way to the Supreme Court.

Indeed, Health and Human Services Secretary Xavier Becerra, who was the California attorney general during Trump’s term, celebrated filing his 100th lawsuit against the Trump administration in August.

Now the tables are turned with a Democrat in the White House and Republicans trying to use the courts to their advantage.

President Biden speaks about the economy in the State Dinning Room of the White House, Friday, Feb. 5, 2021, in Washington. Biden’s presidency isn’t yet 100 days old and he’s already faced a barrage of litigation from Republican attorneys general.
(AP Photo/Alex Brandon)

The cases include a suit by Ohio Attorney General Dave Yost against Treasury Secretary Janet Yellen over a provision in the COVID-19 stimulus Republicans say bans state tax cuts; another by Texas Attorney General Ken Paxton over the Biden administration’s procedures for deporting illegal immigrants convicted of crimes; and another by a group of red states over Biden’s revocation of the Keystone XL Pipeline permit, and more.

In fact, the Republican Attorneys General Association (RAGA) said its members have filed at least 19 lawsuits against Biden’s administration in less than 100 days. They’ve also sought to intervene at litigants at least eight times. This appears to be an even faster clip, according to a database of state litigation kept by Marquette professor Paul Nolette, than Democratic states’ lawsuits against the Trump administration in 2017.

This was even as Democratic states quickly filed litigation against the former president over his travel ban, environmental standards and more.

“Joe Biden campaigned as a moderate but has ruled as a radical progressive, pursuing policies that are detrimental to our economy, border security, religious liberty, and jobs,” Missouri Attorney General Eric Schmitt told Fox News. Schmitt is also the chairman of RAGA and running for U.S. Senate in Missouri. 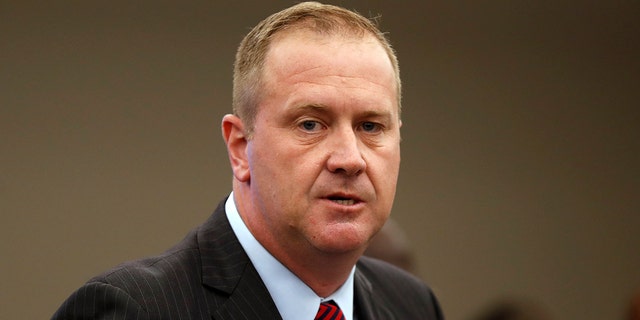 In this Aug. 6, 2020 file photo, Missouri Attorney General Eric Schmitt speaks during a news conference in St. Louis. Schmitt is the chairman of the Republican Attorneys General Association and a candidate for U.S. Senate in Missouri.
(AP Photo/Jeff Roberson)

Schmitt added: “Republican attorneys general are the only line of defense standing between the hyper-partisan policies coming out of Washington and the rule of law.”

“Under President Biden, the federal government has failed to uphold its responsibility to defend existing laws, and has sidestepped the legal process to enact their own radical agenda,” added Arkansas Attorney General Leslie Rutledge. “Americans deserve better and that is why I wake up every morning wondering how I will have to sue President Biden over his out-of-touch policies.”

The number of lawsuits filed, of course, often does not necessarily reflect the merits behind them. And Republicans often panned Democrat suits against Trump as efforts to attack the president rather than legitimate legal grievances.

But Leonard Leo, the co-chairman of the conservative legal organization the Federalist Society, told Fox News that the red states’ lawsuits are “to ensure that the Federal government respects its limited role under our Constitution.”

The top law enforcement officers in red states made clear they intended to be a thorn in the side of the new administration even from its earliest days. On Jan. 27, Biden’s seventh full day in office, West Virginia Attorney General Patrick Morrisey and five other GOP attorneys general warned Biden that they had no qualms about taking him to court. 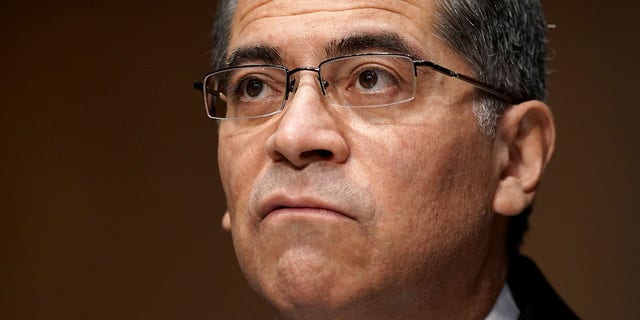 Health and Human Services Secretary Xavier Becerra testifies during a Senate Finance Committee confirmation hearing in Washington, D.C., on Wednesday, Feb. 24, 2021. As attorney general of California, Becerra was one of the most prolific litigants against former President Trump.
(Greg Nash/The Hill/Bloomberg via Getty Images)

“We stand ready to meet with your administration to discuss more how the issues below affect our states; litigation is never a first option, and we would like to help your team in its important job on behalf of all Americans, consistent with the Constitution and the rule of law,” they said in a letter to Biden. “Yet if you sign unconstitutional laws passed by Congress, it will be our responsibility and duty to challenge those laws and court.”

Biden’s administration has unsurprisingly panned the Republicans’ lawsuits as meritless. In response to one suit alleging that the coronavirus stimulus unconstitutionally bans state tax cuts, Yellen said that Republican AGs are misreading the law.

“Nothing in the Act prevents States from enacting a broad variety of tax cuts,” Yellen wrote last month. “It simply provides that funding received under the Act may not be used to offset a reduction in net tax revenue resulting from certain changes in state law.”

Biden’s administration has yet to comment on a number of the other cases that are pending, most of which are in early stages due to how young the administration is. It’s defended many of the policies themselves on their merits, including the Keystone XL Pipeline and other actions aimed at cutting carbon emissions.

“The Keystone XL pipeline disserves the U.S. national interest,” Biden’s executive order revoking the Keystone XL Pipeline permit said. “The United States and the world face a climate crisis. That crisis must be met with action on a scale and at a speed commensurate with the need to avoid setting the world on a dangerous, potentially catastrophic, climate trajectory.”

Biden added: “The United States must be in a position to exercise vigorous climate leadership in order to achieve a significant increase in global climate action and put the world on a sustainable climate pathway. Leaving the Keystone XL pipeline permit in place would not be consistent with my Administration’s economic and climate imperatives.” 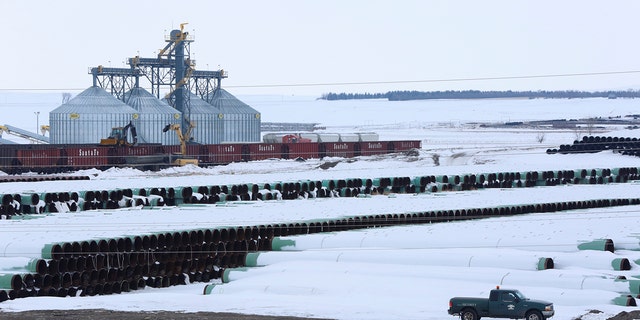 Spokespeople for Biden did not return a request from Fox News for this story.

Republicans in Congress, who are in the minority in both the House and the Senate, are also aiming to stall Biden’s agenda, but they often can’t because of Democrats’ unified power. Sen. Ted Cruz, R-Texas, told Fox News that lawsuits from Republican attorneys general are critical to stopping Biden.

“As President Biden moved to enact his radical agenda,” he said, GOP attorneys general “are courageously fighting back against his most dangerous policies on immigration, environmental overregulation, and assaults on fundamental liberties. Their work is important and much needed.”

Benefits help: How to claim benefits if unable to work