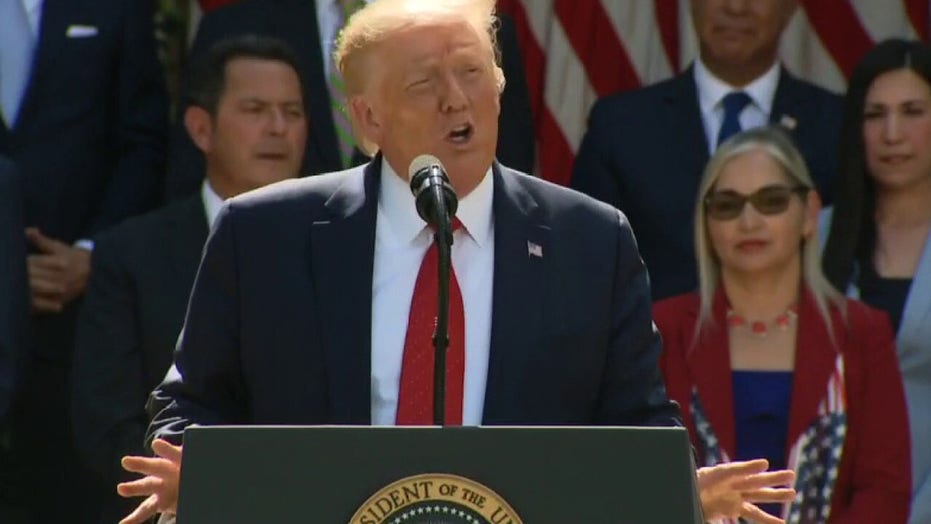 An animated de Blasio slammed Trump during public remarks on the block, and was cheered loudly when he said the artwork will "show Donald Trump what he does not understand."

Rivera noted that even as the mayor snipes at Trump, he is asking the federal government for $7 billion to close a gap in the city budget caused by the coronavirus pandemic.

"I would hope that the request was not affected by what was a shameful, spiteful act," he said. "Bill de Blasio really knew exactly what he was doing: sticking it to Trump."

"If [de Blasio] really cared about Black lives … he would have posters all over New York City of all the slain toddlers, teenagers and pregnant women who have been killed in the crossfire in the inner-city violence," Rivera added.

Terrell, who is Black, dismissed the mural as a "publicity stunt" that does nothing to protect African-Americans or their livelihoods.

The pair also discussed Black Lives Matter Philadelphia leader YahNé Ndgo, who called for the abolition of the city's police department over the next five years in an interview with Fox News Digital this week.

"There has never been an organized society in the existence of the human race that has not had a police force," Rivera stated.

Terrell described Ndgo's rhetoric as "scary" and added that she has no idea what she is talking about.