GOOGLE has launched a new feature that lets you view "lifelike" dinosaurs through your camera.

The augmented reality (AR) tech works like Pokémon Go – but the creatures are giant dinos that tower above you. 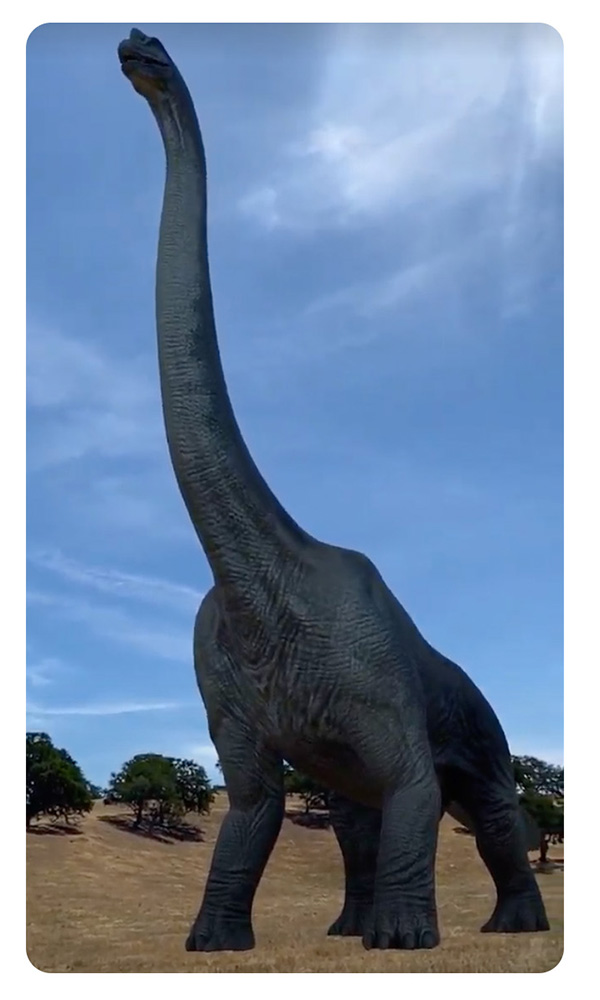 You can watch a T-Rex stomp around your garden, and even cower under a mammoth Brachiosaurus.

And you don't even need to download any apps to do it.

You can view the dinosaurs in 3D, rotating them and even zooming in to see them up close.

It also lets you get a better idea of how big the dinosaurs would've been in relation to real-world objects. 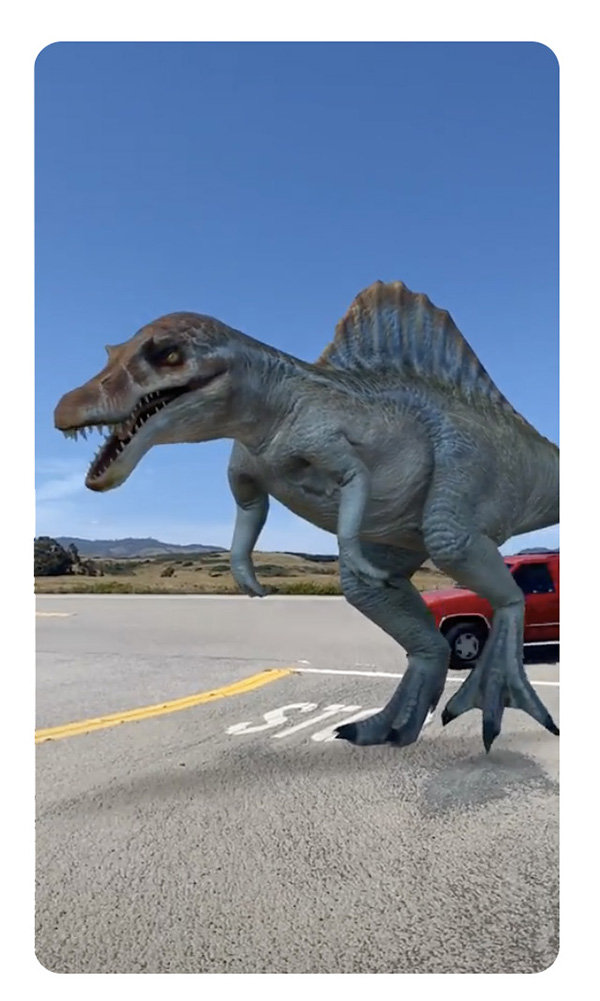 And on Android phones, you'll even be able to hear their roars and thuds of footsteps.

It's thanks to a Google partnership with 3D designers at Ludia, Amblin Entertainment and Universal Brand Development.

"To create the 3D dinosaurs, our concept artists first did preliminary research to discover information about each creature," said Camilo Sanin of Ludia, the studio behind the Jurassic World Alive game.

"Not only did we draw research from various forms of literature, our artists also worked with palaeontologists and the 'Jurassic World' team to make the assets as accurate and realistic as possible.

"Even the smallest details, such as irregularities of skin colour and patterns, are important." 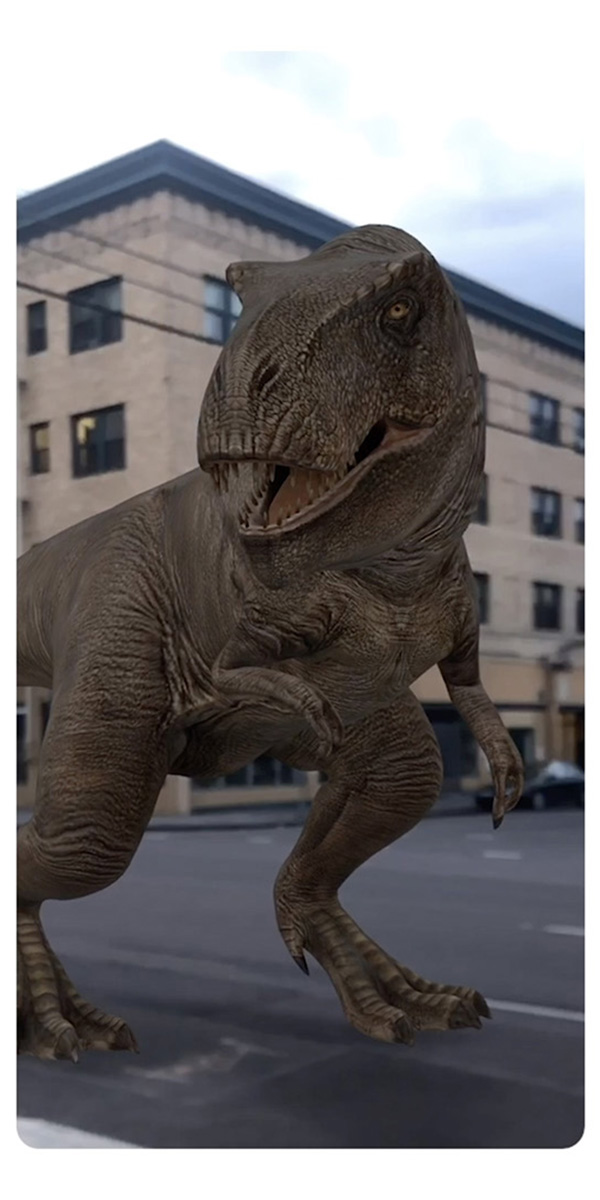 Here's a list of the dinosaurs you can view: 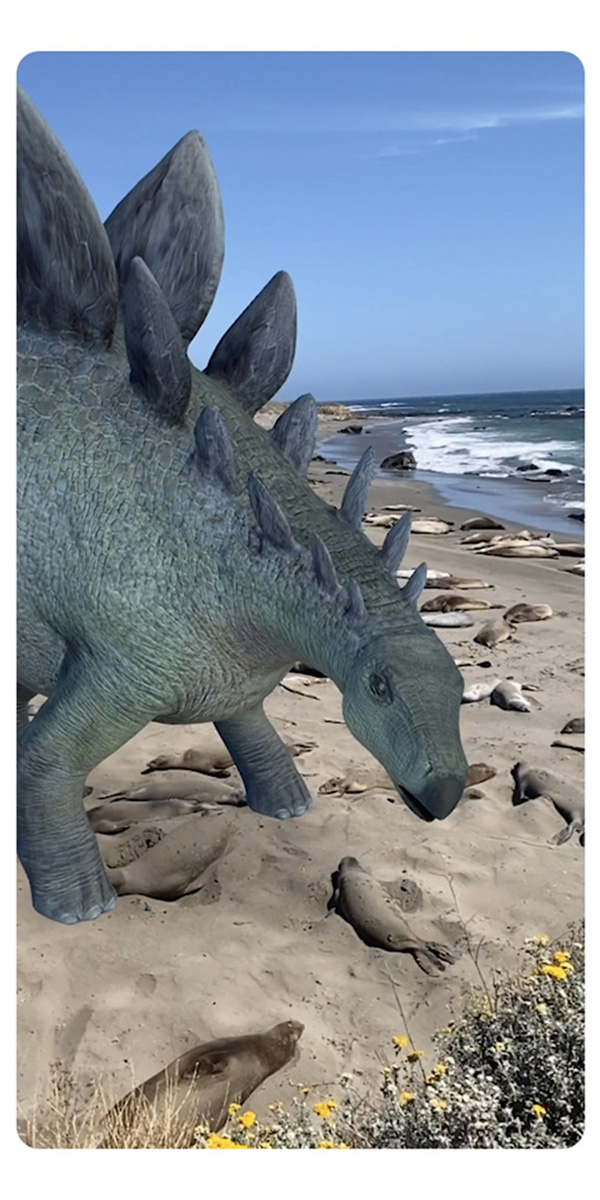 How to get Google's AR dinosaurs on iPhone and Android

On Android, search for dinosaur or any of the 10 named dinosaurs on the Google app – or any Android browser.

Then tap 'View in 3D' and you'll be able to see the dinosaur in 3D if you're using Android 7 or later.

The latest Android version is Android 11, so you'll be fine if you have a phone bought in the last few years.

If your device is ARCore-enabled then you'll be able to glimpse the dinosaurs in the real world.

On iOS, search for dinosaur or any of the 10 dinosaurs on the Google app.

Alternatively, do the same on Google.com with Chrome or Safari.

You'll be able to see 3D and AR content on devices using iOS 11 or later.

In other news, find out how to use Google's new Plus Codes.

This genius Google Maps trick puts arrows on your camera screen so you never get lost again.

Check out the 10 secret Google Maps locations you're not allowed to see.

And, read about the Google Maps phantom island that disappeared in 2012.

Computer scientist who invented ‘copy’ and ‘paste’ has died