Today could mark the beginning of the end for the filibuster in the Senate.

The Senate will likely take a procedural vote Thursday to launch debate on the bill to create a commission to study the January riot. That vote requires 60 yeas. A handful of Republican senators will likely vote to begin debate – joining all Democrats. But it’s doubtful they get to 60 yeas.

This will infuriate Democrats. They will argue Republicans don’t want to get to the bottom of Jan. 6.

Democrats will direct their public ire at Republicans. But Democratic leaders could use some of the frustration about Republicans as a wedge to convince Democratic senators to eventually end the filibuster.

It’s one thing for Democrats to oppose altering the filibuster on D.C. statehood. But some Democrats concede privately the riot was such an atrocity that blocking the creation of the Jan. 6 commission may be worthy of blowing up the filibuster. 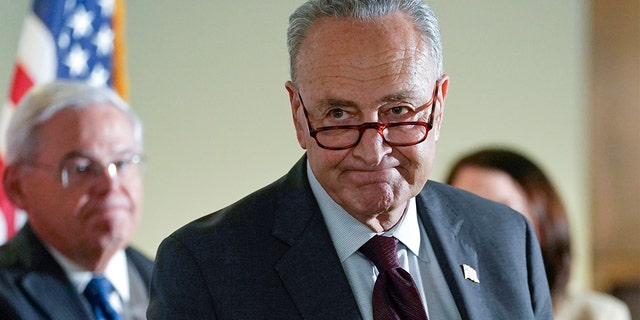 Keep in mind that Thursday’s vote is procedural, just to start debate on the bill. It is not an actual vote on the bill itself. But this vote could serve as a barometer as to whether there is a chance to eventually advance this bill, and more significantly, the future of the filibuster.

Halting the Jan. 6 commission bill could serve as a gateway for Democrats to change filibuster provisions and potentially pass bills on their own without Republican assistance. That could include bills on voting rights, the courts, D.C. statehood, infrastructure, the environment and guns.

The Senate won’t vote to change the filibuster Thursday. And the procedural vote on the commission isn’t locked in yet. But today could prove to be very telling about the future of the filibuster.

How Did Nancy Pelosi and Joe Biden Screw This Up?

McConnell says the quiet part out loud, tells corporate America to 'stay out of politics,' but clarifies he's 'not talking about political contributions'