One of the media and telecommunications industry’s most well-known executives, Michael Ebeid, has joined the board of Microsoft-backed technology company SurePact as it prepares to double its staff and expand its presence in Australia.

Mr Ebeid has joined the board of the technology company, which provides automated project management solutions for businesses and governments, following a $2 million cash injection from venture capital firm Future Now Capital. He will assist the company’s founder and chief executive Megan Avard with hiring new talent and expanding the operation. 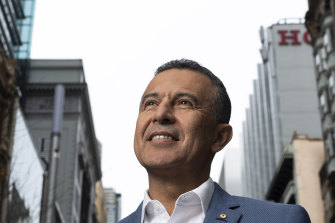 Telstra’s former head of enterprise has joined the board of SurePact, a fast-growing tech company that specialises in risk management software.Credit:Rhett Wyman

“Nobody’s done what Megan’s done, which is brought risk and project management and reporting together with an algorithm that can give you early warning indicators when a project is going to go off track,” Mr Ebeid said.

“It helps local governments where there’s sometimes unintentionally wasted taxpayers’ dollars, but also… misuse of money and fraud. This helps businesses, local councils much better manage funds, and transparency is what I think is needed in the market.”

SurePact was launched in 2017 by former project manager Ms Avard, who was one of 51 executives to receive a Boosting Female Founders grant from the federal government last year. The company helps businesses, local councils and governments automate processes such as risk management.

Mr Ebeid is the representative board director for FutureNow, a venture capital firm that specialises in startups and fast growth companies that create cloud, mobile and enterprise technologies, which invested $2 million in SurePact last month. He said the company will look to double its staff – which is currently at nine – in the next couple of months.

Ms Avard said Mr Ebeid would be able to provide guidance and direction for the company from his experience in the broader telco and media industry. Mr Ebeid was the head of enterprise for Telstra and was also managing director of SBS for seven years.

Ms Avard said the capital raising announced last month will allow the company to expand rapidly. SurePact announced in late April it would launch in Western Australia through a deal with information and communications tech provider Frontline Technology Services, but Ms Avard hopes it will also sign contracts with other government, not-for-profit and construction companies across the country. “The objective is actually to repeat our delivery and our program in all other states. We want to expand in Australia,” she said.

North Queensland’s Yarrabah Aboriginal Shire Council chief executive Leon Yeatman, who has been using the software for more than 18 months, said it has helped with grant applications and delivering projects. 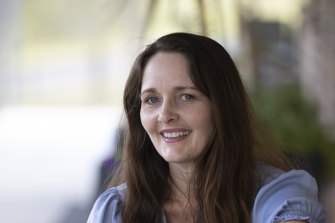 “We use SurePact for larger projects as they are not only critical but have big dollars attached to them,” he said. “The success is not just coming in on or under budget, but also in making sure the quality of the build is at a desired level.”

Ms Avard said the company is also hoping to expand internationally through its partnership with Microsoft. SurePact was the first Asia-Pacific Microsoft independent software partner to launch on the tech giant’s online cloud solutions store.

A concise wrap of the day on the markets, breaking business news and expert opinion delivered to your inbox each afternoon. Sign up  Here.

Facebook is giving away $100MILLION 'coronavirus fund' to 30,000 small businesses