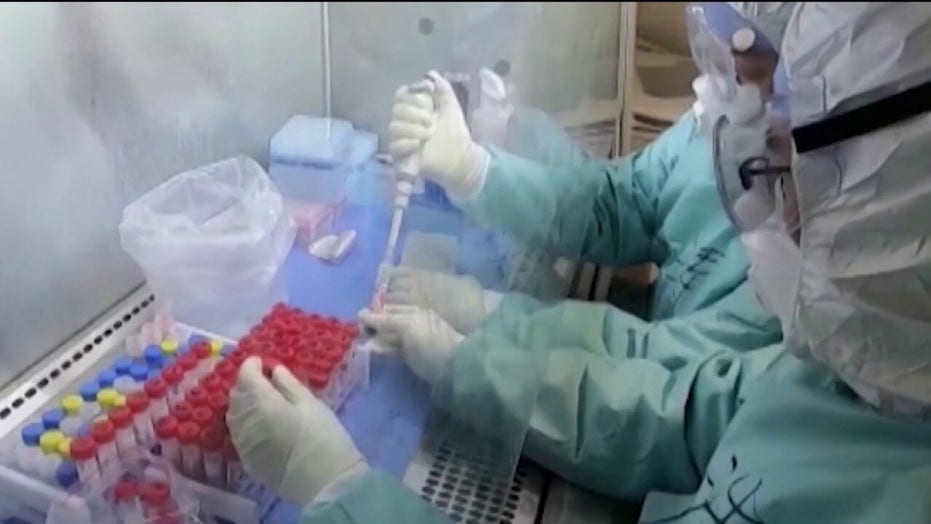 EXCLUSIVE: Former Assistant Secretary of State Chris Ford told Fox News on Wednesday he had “procedural” and “substantive concerns” with the Trump State Department’s investigation into the origins of COVID-19 and whether the virus stemmed from a leak out of the Wuhan Institute of Virology (WIV) in China.

The Biden administration terminated the inquiry—which was being led out of the State Department’s Bureau of Arms Control and Verification (AVC) bureau, and initially launched at the request of former Trump Secretary of State Mike Pompeo—after being briefed on the team’s initial findings in February and March.

Ford, in an exclusive interview with Fox News, said he learned of the investigation in December 2020. He said it had been kept secret from him and bypassed department and intelligence community biological experts.

Ford told Fox News the team had been told not to share their work with him, or the intelligence community.

“I had procedural concerns and substantive concerns,” Ford said.

“There are all sorts of reasons to worry about possible lab origins, and it’s critical to get to the bottom of this,” Ford continued, adding that “one very particular claim made by AVC purporting to ‘prove’ WIV origin by ‘statistical analysis’ turned out to be junk science and evaporated when subjected to scrutiny by their own scientific panel,” referring to a Jan. 7 panel of experts the AVC had arranged to review its findings.

“I was trying to protect Pompeo and the Trump Administration from having the Department go out there with something that had already been disproved,” Ford told Fox News. “We can’t hold China to account if AVC makes us look like cranks!”

Ford, though, told Fox News he was not opposed to looking into the Wuhan lab,  but was concerned about much of the team’s analysis and its desire to operate in secrecy and circumvent the intelligence community.

President Biden, on Wednesday, announced that he tasked the intelligence community to “redouble” its efforts in the investigation into the origins of COVID-19, and noted that U.S. intelligence officials, at this point, have been torn between “two likely scenarios.” Biden asked that the IC report back within 90 days so that the U.S. government could get closer to a “definitive conclusion.”

“The lab origin theory is very possible and China must be held to account,” Ford said. 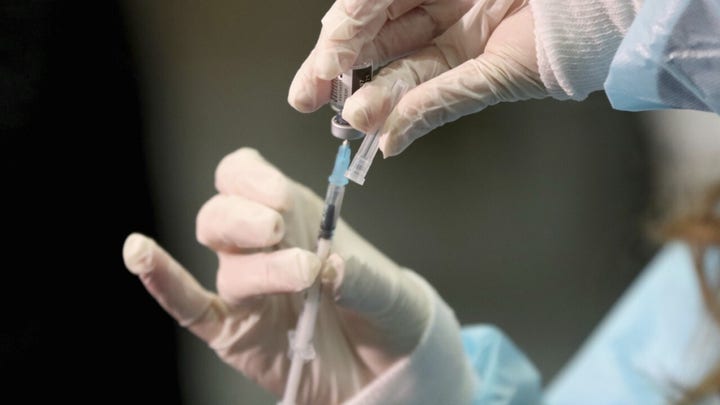 Fox News obtained an internal email, written by Ford, that was in response to the presentation from the Jan. 7 AVC panel discussion featuring experts assembled by the team investigating the matter.

The email said “a contractor on AVC’s payroll” made the argument that the Wuhan Institute of Virology was “most likely the origin” of COVID-19.

“AVC has apparently been briefing this argument inside the Department and some interagency partners for weeks, apparently on instructions from a staffer at S/P who told them they should not inform me, or others of this work, nor involve the intelligence community,” Ford wrote.

The email stated that the AVC’s argument was “heavily based upon what it claims is the statistical improbability of SARS-CoV-2 occurring naturally, through zoonotic transmission outside of a laboratory.”

“Under examination at the expert panel, however, these claims largely fell apart,” Ford wrote, noting that while the panel agreed on the importance of pressing China to be more transparent, and for information on the “nature of any work done” at the Wuhan lab on novel coronaviruses.

But, the email stated that the analysis “rests primarily on a non-published Bayesian statistical analysis” prepared for the AVC by a pathologist, rather than a virologist, epidemiologist, or infectious disease modeler. The email said that pathologist “admitted to us that he had ‘never done a Bayesian analysis before’ this.”

“AVC’s statistical case seems notably weak,” Ford wrote in the email, saying that the analysis “revolves around drawing conclusions about how statistically likely it is” that COVID appeared naturally, compared to being “engineered in or released from a laboratory.”

Ford, in the email, noted that the analysis was “crippled by the fact that we have essentially no data to support key model inputs.”

“I would also caution you against suggesting that there is anything inherently suspicious–and suggestive of biological warfare activity–about People’s Liberation Army involvement at WIV on classified projects,” Ford wrote in the email. “It’s certainly possible that the PLA did secret BW work at WIV, but we have no information to suggest this. And it would be difficult to say that military involvement in classified virus research is intrinsically problematic, since the U.S. Army has been deeply involved in virus research in the United States for many years.”

Meanwhile, State Department spokesman Ned Price on Tuesday denied shutting down the inquiry: “There has been incorrect reporting that the Biden-Harris administration shut down an investigation by the State Department’s Bureau of Arms Control and Verification (AVC) into the origins of the COVID-19 pandemic.” He said the team’s work ended after delivering a report in February and March, adding that “all relevant parts of the department continue to work with the interagency on this matter.”

“The world continues to have serious questions about the earliest days of the COVID-19 pandemic, including its origins within the Peoples Republic of China,” Price continued. “China’s position that their part in this investigation is complete is disappointing and at odds with the rest of the international community that is working collaboratively across the board to bring an end to this pandemic and improve global health security.” 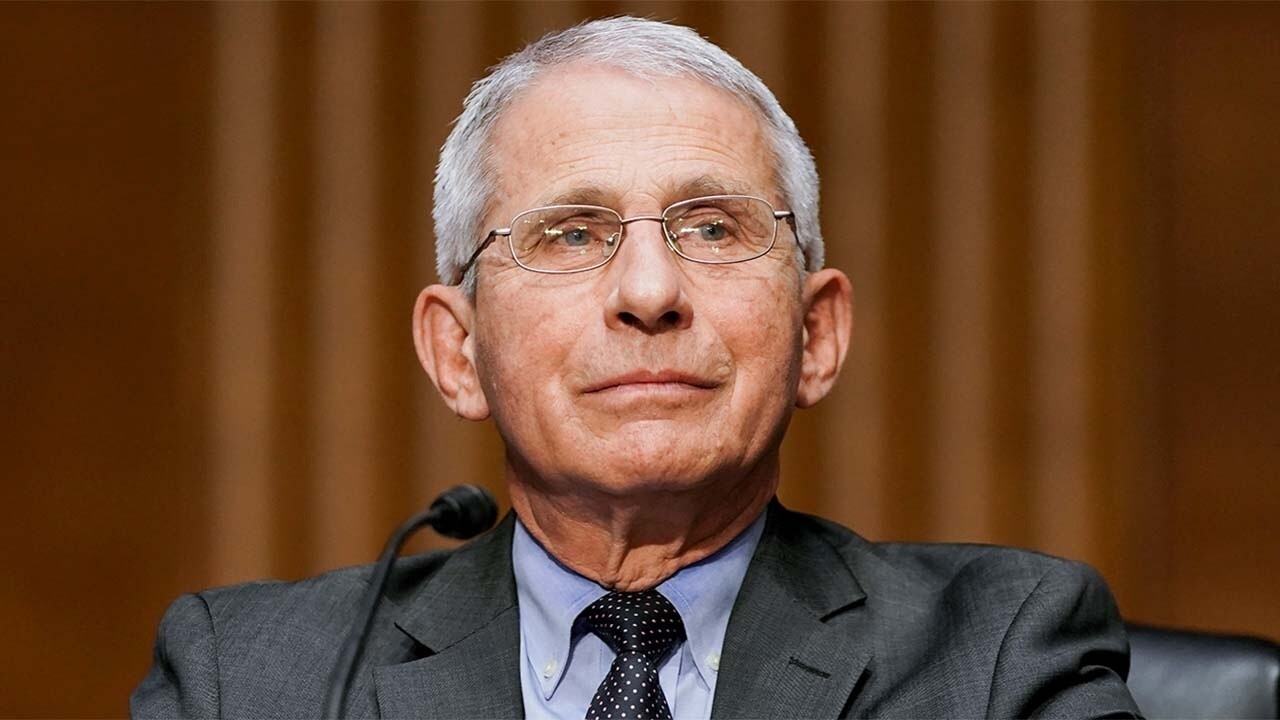 A State Department official earlier told Fox News that Secretary of State Antony Blinken did not disband any cell looking into the origins of COVID-19, and that the department only employed a single contractor who was conducting research on several topics – including coronavirus. That contractor, according to the official, left the State Department before Blinken’s confirmation. The official said the inquiry was closed amid concerns about methodology.

The Biden administration’s investigation into the origins of the coronavirus pandemic is currently being led out of the White House National Security Council.

Fox News has learned that David Asher, who has a history of investigative work tracking money for AQ Khan network, North Korea’s nuclear program and top Al Qaeda leaders, was the contractor leading the investigation.

Ford was one of the officials at the State Department who sought to block his and the team’s efforts.

In a statement to Fox News, Asher defended the investigation, and said that, at the time, some State Department colleagues “were deliberately playing down possible links to China’s biological weapons program.”

“It is U.S. law to engage in effective arms control and nonproliferation, not facilitate it via ‘scientific cooperation’ in the name of threat reduction or refusal to engage in effective compliance with Communist countries that openly aim to incorporate synthetic biology into the future of warfare (apparently with our naive material and scientific assistance),” Asher said.

“We don’t know for certain what happened in Wuhan but we had every reason to investigate and ask questions,” Asher continued. “As the State Department’s Jan. 15 statement said – and as additional disclosures and expert analyses of the last few months have underscored – there is probable cause for deep suspicion.”

Asher, who left the State Department at the end of the Trump administration, had been hired as a contractor, but had helped to put together the Jan. 15 memo released by Pompeo, using declassified intelligence. CNN first reported the shutdown of the probe.

Asher told Fox News, “certainly the Chinese Communist Party engaged in a huge coverup over the stealth ability of COVID to transmit human-to-human.”

“The coverup continues via refusal to allow WHO access, accept CDC offers to assist, and simply tell the truth of this pandemic’s endemic dangerous, incessant and pernicious injurious traits, which has caused huge injury to the American people and citizens of the world, Chinese citizens included,” he said. “Does anyone sane doubt that?”

Asher added he didn’t “know why the Biden team would doubt an effort to carry out a fair and accurate investigation into a subject that increasing numbers of leading scientists are now also calling to study.”

“At the State Department in the last months of the last administration we didn’t draw or assert any conclusions, but we worked successfully to reveal certain facts and raise significant questions about the clear plausibility of a lab leak origin,” Asher said. “This was a global public service, and it is good that experts and journalists are increasingly turning their own attention to the issue, albeit belatedly.” 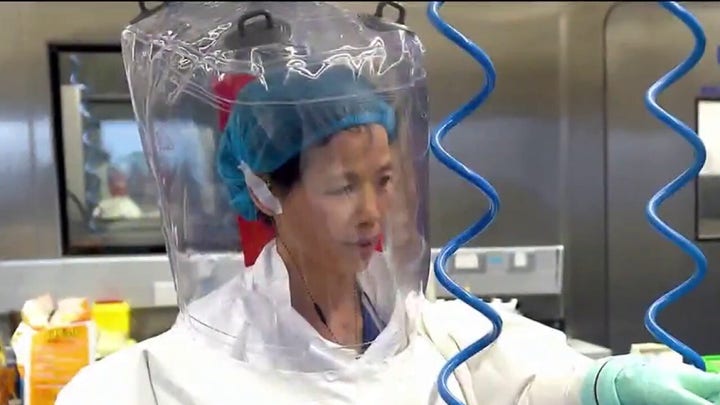 David Feith, a former State Department official during the Trump administration, was part of the small team working with Asher on the COVID origin investigation. Feith, this week, underscored the importance of learning how the coronavirus originated.

“Getting further information about this, getting it from honest researchers, honest investigators and press inquiries and getting it from the U.S. government is absolutely essential to finding out what happened in the origin of COVID, which is not only important for understanding what we’re still living through and for basic questions of responsibility, but most importantly, it’s absolutely essential to the future,” Feith said on “Fox News at Night” on Monday.

Feith, though, said there has been a “terrible failure for 15 months” on the part of the public and the U.S. government to recognize “the plausibility of the lab leak possibility.”

“Elevating this now as a political matter, as a diplomatic matter, is overdue but essential,” Feith said.

A State Department official told Fox News that Blinken has been committed to getting more details on the origins of COVID-19, as both a function of accountability, but also to ensure the U.S. and the American people are protected from public health threats in the future.

The official added that the U.S. and the world need transparency from China, which Beijing has not yet allowed, and said the State Department is working closely with their administration partners and international partners to get the answers needed.

The Wuhan Institute of Virology, one of China’s top virus research labs, built an archive of genetic information about bat coronaviruses after the 2003 outbreak of Severe Acute Respiratory Syndrome (SARS) and has faced criticism over its transparency throughout the COVID-19 pandemic.

China has promoted unproven theories that the virus may have originated elsewhere, or was even been brought into the country from overseas with imports of frozen seafood tainted with the virus, a notion rejected by international scientists and agencies.

Police to Crack Down on Virus Rule-Breakers as U.K. Cases Surge