“TODAY, electric vehicle ownership for everyone is just not realistic.”

That’s not me having a pop at EVs. 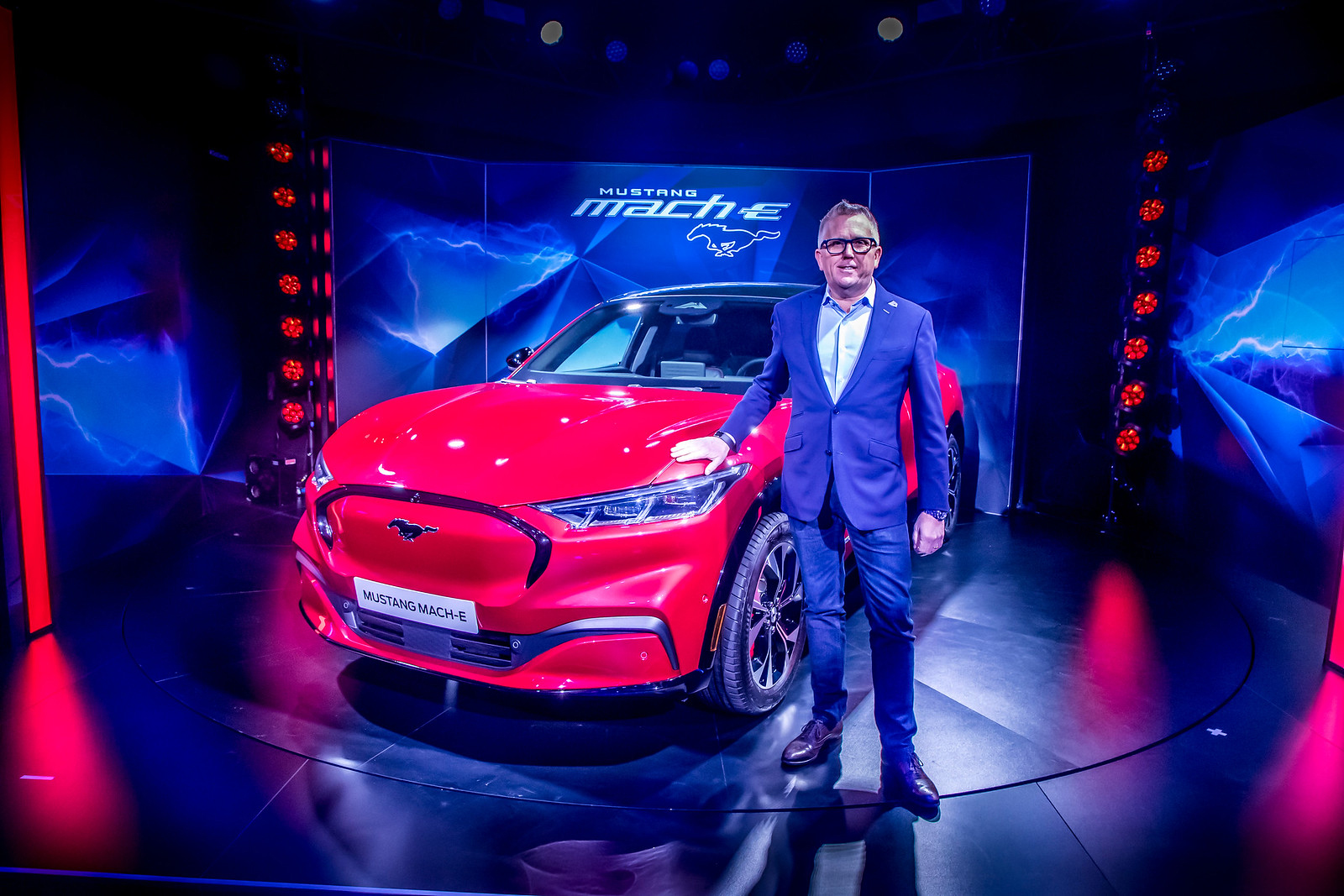 That’s a quote from Stuart Rowley, President of Ford Europe, a guy who knows more than just about anyone about the car industry.

And when I spoke to him about UK plans to ban sales of new petrol, diesel and hybrid cars by 2035 — or 2032 if Transport Secretary Grant Shapps has his way — it was the first time I heard anyone of any power talking some sense about this whole mess.

Rowley, 53, is at the same time quietly confident the targets can be met and worried about the Government’s strategy to meet them.

“If we are to achieve it, it will require a huge amount of co-operation between industry, government, cities, local authorities. Because it’s not just about having the vehicles available, it’s about people being able to use them and being able to afford them.

“Electric cars need to be suitable for everyday life, and that’s going to mean new charging infrastructure, and everything that goes with it.

“Today, electric vehicle ownership for everyone is just not realistic.”

The biggest concern for Rowley is the inclusion of hybrids in the ban, when hybrids currently present the best answer to those who can’t charge an EV — those who live in a flat, for example — but want to reduce their carbon footprint.

To Rowley, a man overseeing the European operation of a car brand which is electrifying everything from Fiesta to Transit over the next 18 months, it makes no sense.

‘CHARGING NEEDS TO BE AS EASY AS PARKING’

That said, he is enough of a pro to point out that he is keen to discuss these issues with the Government, something which has been promised, and crucial if the Government wants to even come close to making this work without hitting the British driver hard in the wallet.

“The objective should not be banning things,” he says. “It should be working out the best way to reduce CO2 emissions while at the same time allowing consumers to move themselves around and be able to have access to a vehicle. 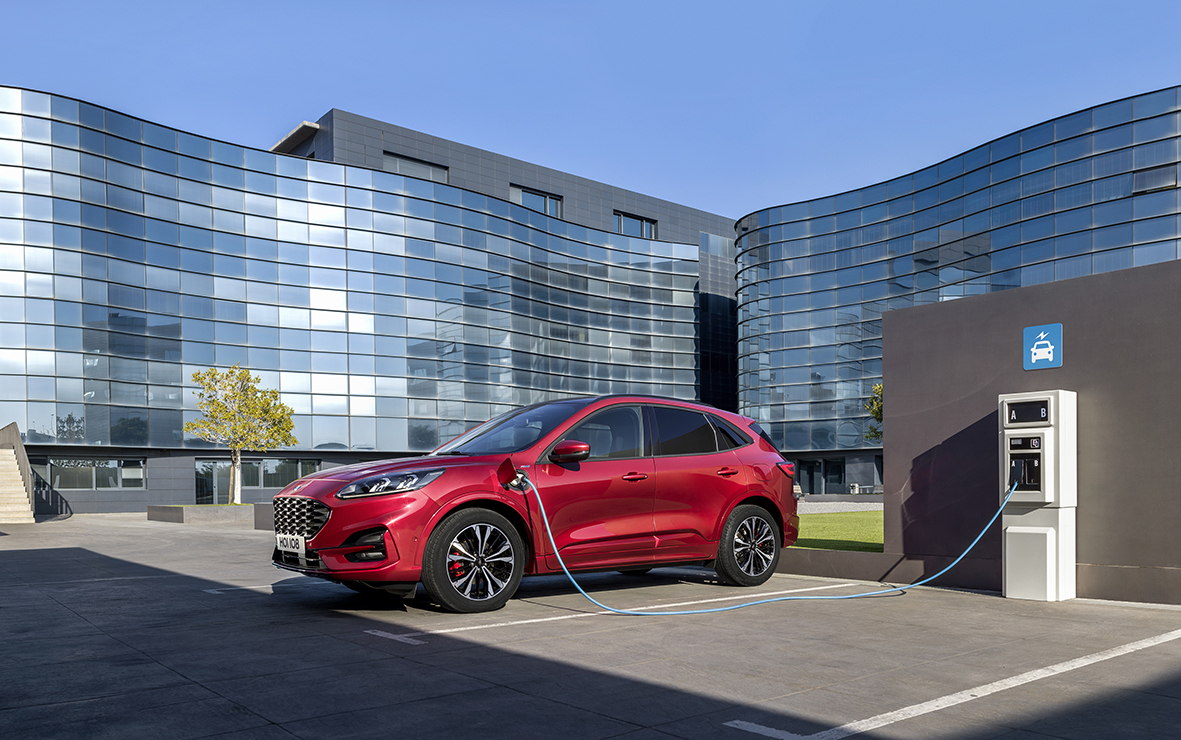 “We are concerned that they have excluded hybrids — we think that’s an important discussion we need to have with the Government. Ford is electrifying all of its vehicles today.

“The new all-electric Mustang Mach-E, for example, is a fantastic vehicle but it’s not a car for everybody.

“So we think hybrids can be an important part of the mix.

“We are going to be discussing this with the Government and helping work out what will be the best way forward.”

The logistical effort to create a pure-electric UK road network is almost too much to comprehend. Where’s the extra power coming from? Who’s going to install the chargers? Will the cars be affordable?

All of this weighs heavily on Rowley’s mind, too.

“It’s not just centralised government that needs to make commitments either, it’s cities as well, the local authorities.

“It’s an ambition that has been stated, but to achieve the ambition is going to require huge amounts of investment on everybody’s part.

“Are they doing enough? Well, it’s not been done yet, but 2035 is still 15 years away and that’s a lot of time. Charging an EV needs to become as easy as parking your car.

“You should be able to pull up, plug in and walk away, whether you live in an apartment or a house with a garage. It is a huge undertaking, but I don’t think it’s impossible.”

‘CHANGING LONG-TERM PLANS DOES NOT HELP’

Another concern for motorists is the uncertainty of it all.

Just as we’re getting our heads around the fact we’ll have to drive battery-powered cars within 15 years, Grant Shapps goes ahead and suggests another three years could be shaved off that target, as if it’s nothing. 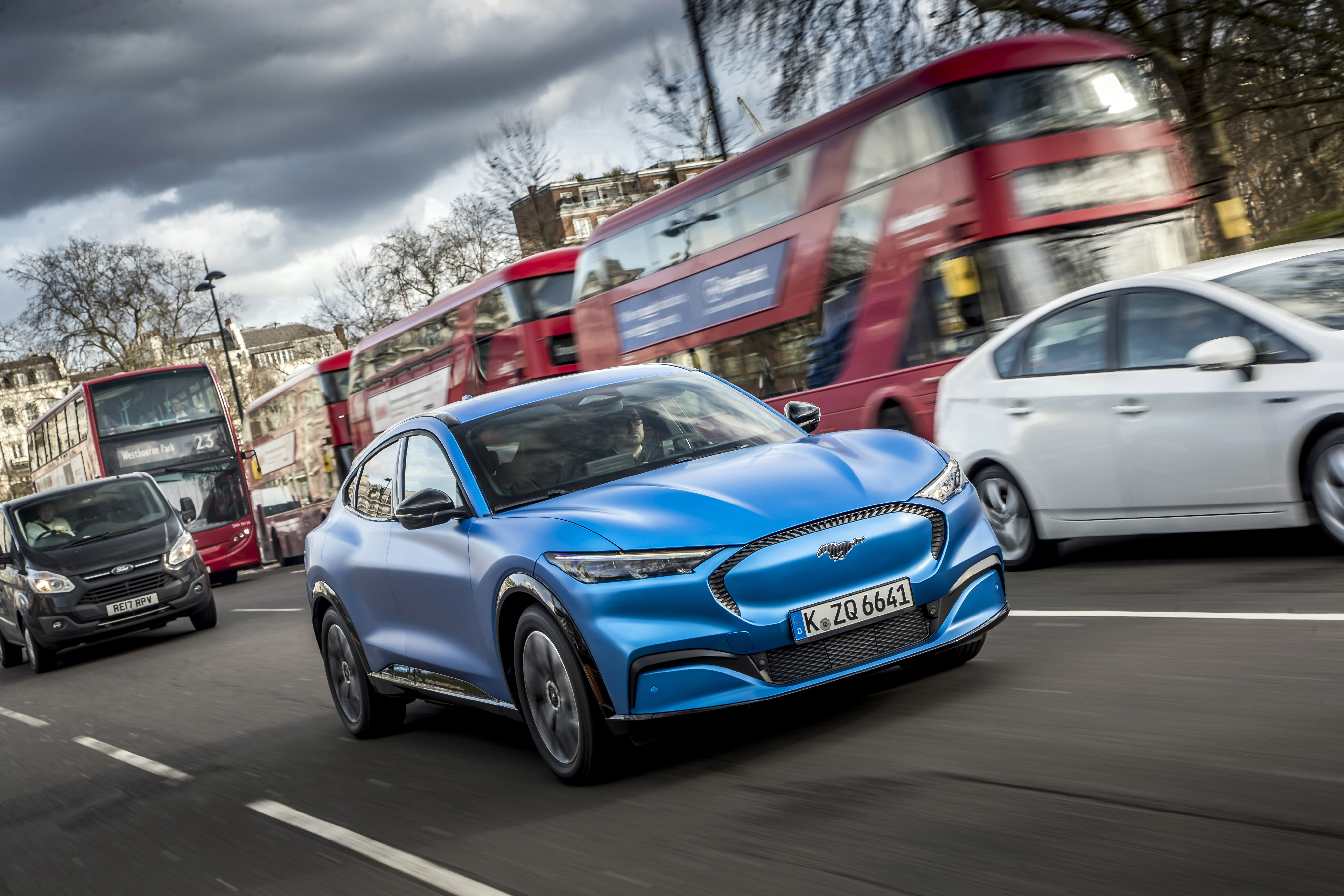 And if it’s worrying for us, imagine how it feels to be one of the big kahunas in a £23billion car company.

Rowley says: “Having rapidly changing objectives for different countries — keeping in mind we make cars for the whole of the Europe region and not just the UK — is not helpful.

“In that respect you could say setting an objective for 2035 is long-term planning, but in order to do that we need to stick to it, because changing plans does not help.”

I spoke to Rowley at the European debut of the Mustang Mach-E, Ford’s first meaningful EV with a 370-mile range and premium £40k price tag.

Which is why Ford has formed a partnership with Volkswagen.

The brands have struck a deal which allows Ford to use VW’s new MEB tool kit, a dedicated electric vehicle platform which will form the underpinning of the VW ID 3.

Rowley is tight-lipped about what Ford’s first affordable EV — due in 2022 — will look like, but he admits the partnership will be unusual in the fact it will be used to build a rival to VW cars.

He says: “We’re still developing the alliance with VW, and there will be at least one, probably two passenger vehicles built off the MEB platform, and they will be at a lower price point than the Mustang Mach-E.

“What I can tell you for sure is, we will be competing in the market, and the Ford products will be Fords, look like Fords, and we will be very proud of them.”

Stephen Moore: Biden wants US to rejoin Paris Climate Accord. Why? It puts America last