New Zealand dairy giant Fonterra has largely been denied access to documents belonging to rival Bega Cheese, after Bega chairman Barry Irvin said he inadvertently gave incorrect evidence to a court hearing over a dispute between the two groups.

Following a decision by the Supreme Court of Victoria, Fonterra will be able to access a handful of documents prepared as part of Mr Irvin's witness statements by his lawyers at Gilbert+Tobin. 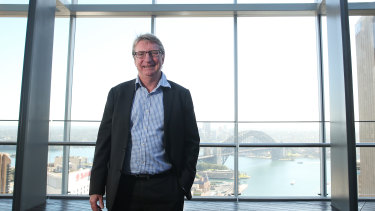 Bega Cheese chairman Barry Irvin said he inadvertently gave incorrect evidence to a court hearing over a dispute between Bega and Fonterra.Credit:Bloomberg

The court ruled Fonterra's legal team at Arnold Bloch Leibler could not access a much larger number of documents due to legal professional privilege. The broader set of papers includes emails, notes of conversations between Mr Irvin and Bega's internal lawyers as well as his external lawyers, drafts of the witness statement and any instructions given by or to Mr Irvin.

Mr Irvin surprised his lawyers when he testified that some key elements of his witness statement in regards to how the partnership with Fonterra was formulated were incorrect and said that he had signed off on the document while undergoing treatment for cancer.

"[Mr Irvin] gave evidence that having re-read the statement prior to giving evidence on February 24 2020, he believes that he should not have agreed to provide the witness outline," Justice Michael McDonald said. 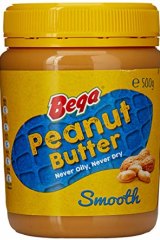 "He gave evidence that he was ‘quite uncomfortable’ with the contents of the witness outline because of the level of detail contained therein and the fact that the contents of the outline felt reconstructed rather than being his memory of the events leading up to the execution of the Trade Mark Licensing Agreement," he said.

Mr Irvin's illness has been public knowledge. He took time off from his chairmanship last year for treatment and returned to work earlier this year.

The court heard Mr Irvin's ability to remember the exact place and time of meetings held between the two groups nearly 20 years ago was impacted at the time he gave his witness statement because he was undergoing treatment for cancer, including chemotherapy.

Mr Irvin's altered evidence is the latest development in a long-running dispute between Fonterra and Bega that began when a licensing deal turned sour.

Fonterra sued Bega in 2017 alleging Bega had breached an agreement allowing the New Zealand dairy company to use the Bega brand name on certain products.

Fonterra and Bega signed a deal in 2002 for Fonterra to become the licensee of the Bega Cheese brand on blocks of cheese and cheese slices and some other products.

However, the relationship soured when Bega Cheese purchased a range of Kraft products, most notably Vegemite, from Mondelez International and began using its brand on those products.

ABL and G+T declined to comment on behalf of their clients.

Latest Posts
Kik Interactive Reaches $5 Mln Settlement With SEC For Running Unregistered ICO
Ford Sees Hands-Free Driving Feature Selling 100,000 First Year
15th Finance Commission finalises report, to submit it to President on November 9
Moderna will have 20M COVID-19 vaccines ready by year’s end
Netflix hikes price of most popular plan in the US – and the UK could be next
Recent Posts
This website uses cookies to improve your user experience and to provide you with advertisements that are relevant to your interests. By continuing to browse the site you are agreeing to our use of cookies.Ok