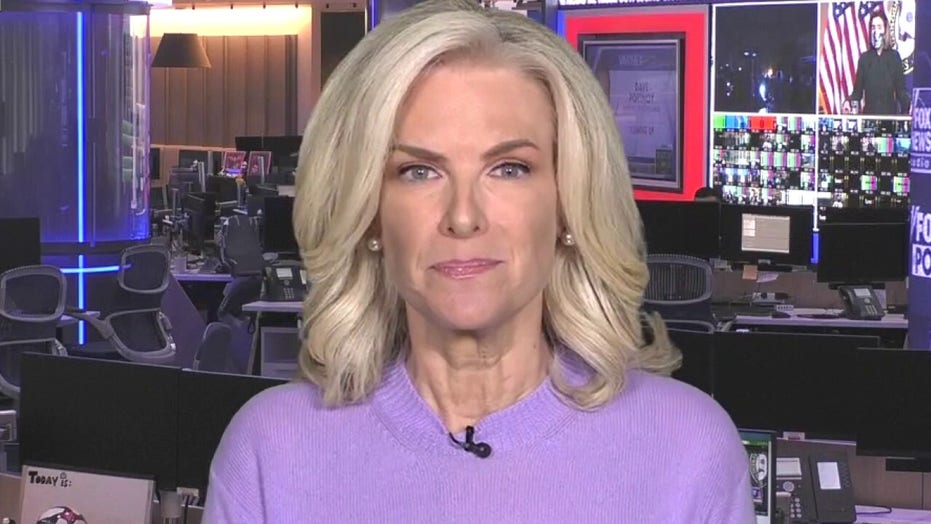 Janice Dean on new report outing Cuomo’s COVID negligence: ‘Maybe the angles will have their day in court’

A new report released by New York’s attorney general finds that the Cuomo administration underreported COVID-19 nursing home deaths by up to 50 percent; Fox News senior meteorologist Janice Dean calls the report a ‘ray of light’ in the fight for justice.

The report represents a source of embarrassment to members of the mainstream media who touted Cuomo’s actions in the early days of the pandemic.

MSNBC anchor Chris Jansing hailed Cuomo as a “leader in calling for science-based ways to fight this coronavirus.

Her colleague, “Morning Joe” co-host Joe Scarborough, claimed, “Even lifelong Republicans tell me, they look at Cuomo and they’re like, ‘God, now there’s a leader.'”

Jimmy Fallon and Chelsea Handler gushed over the prominent Democrat on “The Tonight Show.”

“I heard, though, that you were crushing on our boyfriend, Andrew Cuomo,” Handler began.

“Dude, everyone does, right?” Fallon reacted. “I think he’s fantastic.”

CNN anchor Ana Cabrera massaged Cuomo’s ego during an interview, telling the governor, “Having heard you day after day after day at your press conferences, I have to wonder what it’s like to be in your shoes with the weight of this responsibility and just the sheer exhaustion you must be feeling right now.”

Washington Post columnist Jennifer Rubin repeatedly fawned over the Democratic governer, writing pieces with headlines like “Andrew Cuomo gets it right: Govern by science, not your gut” and “No one does it like Andrew Cuomo.”

“Watching Andrew Cuomo is inspiring, uplifting, fascinating. He weaves details and humor and math and common sense all together. He is magnificent. Let’s just listen to him,” Rubin tweeted in March.

Back in June, as the nursing home controversy was brewing, ABC News anchor Amy Robach held a not-so-hard-hitting interview with Cuomo about his first 100 days responding to the pandemic.

“You’ve been commended for your clear and your calm leadership. People from all over the country and the world have tuned into your press conferences. Your statewide approval rating, a career-high 84%. You came in second only to President Obama as the most trusted Democratic leader in America. How do you intend on spending that political capital that you’ve earned?” Robach asked at one point.

“You’ve said that you have no political aspirations beyond the job you’re in right now. A lot of people are asking ‘Why? Why not think about something grander, bigger, presidential?'” the ABC News anchor later followed up.

However, there was no bigger Cuomo cheerleader in the media than his brother, CNN anchor Chris Cuomo.

The “Cuomo Prime Time” host routinely invited his sibling onto his show in the early months of the pandemic without addressing the nursing home controversy.

Instead, the CNN anchor spent much of his time goofing off with the governor, even engaginging prop comedy by using giant cotton swabs to poke fun at the size of his brother’s nose following a nasal COVID test.

During another interview, CNN’s Cuomo admitted to his viewers “Of course, I’m not objective” while expressing his love for his brother.

“I hope you are able to appreciate what you did in your state and what it means for the rest of the country now. I’m wowed by what you did, and more importantly, I’m wowed by how you did it,” Chris Cuomo told the governor.

New York Attorney General Letitia James said that the state Department of Health may have underreported COVID-19 deaths in nursing homes by as much as 50%, according to a report released Thursday.

Cuomo famously directed nursing homes in the Empire State to accept patients who had or were suspected of having COVID-19. The decision created an onslaught of COVID-19 cases that infected thousands of elderly patients and resulted in hundreds of deaths among the state’s most vulnerable population. The governor eventually reversed the decision, but not before thousands died from COVID-19 in New York nursing homes.