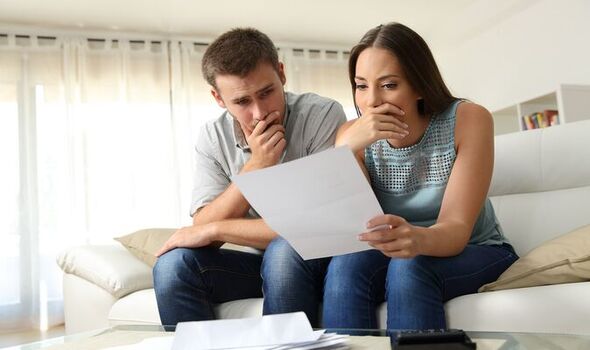 The number of mortgages on the market dived after the September 23 promise of unfunded tax cuts. Lenders have gradually returned with new deals but have priced their rates upwards.

On Friday, Moneyfacts.co.uk counted 3,112 mortgage products available, compared with 3,961 on the day of the mini-Budget.

The average two- and five-year fixed deals are at their highest levels since 2008, standing at 6.47 and 6.29 per cent respectively.

The Resolution Foundation, which is focused on improving the lot of those on low-to-middle incomes, emphasised its mortgage cost estimates are “very sensitive to fiscal, as well as monetary, policy developments in the months and years ahead”.

While some homeowners on variable rate deals will see their costs increase immediately, the majority of mortgaged homeowners, who are on fixed rates, will build over the coming years as they move on to new deals, the foundation said.

By the end of 2024, 5.1 million mortgaged households – nearly a fifth of families – will be spending more on their housing costs as a result of increases in mortgage rates since the third quarter of 2022, says the research.

London will see the biggest increase, with average payments projected to rise by £8,000. In Wales, this figure is £3,400.

The impact in the capital will be concentrated, however, as less than a fifth (19 per cent) of households there have a mortgage.

In total, mortgage payments are set to rise by £26billion a year by the end of 2024, the Foundation said.

Some households may be able to avoid higher costs by, for example, using savings to reduce their mortgage balance, or by downsizing to a less expensive home.

The Foundation said it also noted that a higher interest rates climate will create “winners” as well as “losers”, with higher rates potentially benefiting retired savers and those who are saving up to buy their first home.

The report added: “Regardless of how the future unfolds, it is fair to assume that higher interest rates will cause not only (often serious) problems for a very large number of households, but have significant political ramifications as well.”

The Foundation’s analysis also indicates that there was a smaller share of mortgaged households among Conservative voters in 2019 compared with Labour or SNP voters, at 33 percent, compared with 40 percent and 41 percent respectively.

The report added: “However, close to four in 10 voters in ‘red wall’ seats at the last election were mortgaged homeowners.”

“The Government has responded with policies such as the welcome Energy Price Guarantee. But the Bank of England is responding too by raising interest rates, which will benefit savers but cause a fresh living standards crunch for mortgaged households across Britain.

“Between now and the next election, Britain is on track for a £26 billion mortgage hike as over five million households see their annual mortgage payments rise by £5,100 on average.

“With almost half of all mortgagor households on course to see their family budgets fall by at least 5 percent from higher payments, the living standards pain from rising interest rates will be widespread.”

How to update apps on iPhone – full list, automatic updates and more revealed

Trump's campaign booked out YouTube's homepage for Election Day. YouTube won't let that happen again — but insists it's nothing to do with Trump.