Check out what’s clicking on Foxbusiness.com.

The first all-private astronaut crew to fly aboard the International Space Station (ISS) headed for splashdown Monday off the coast of Florida, wrapping up a two-week mission that NASA has touted as a landmark in commercial spaceflight.

The Crew Dragon was expected to parachute into the Atlantic around 1 p.m. EDT on Monday (1700 GMT), capping a 16-hour ride home from orbit that had been postponed for several days because of unfavorable weather. 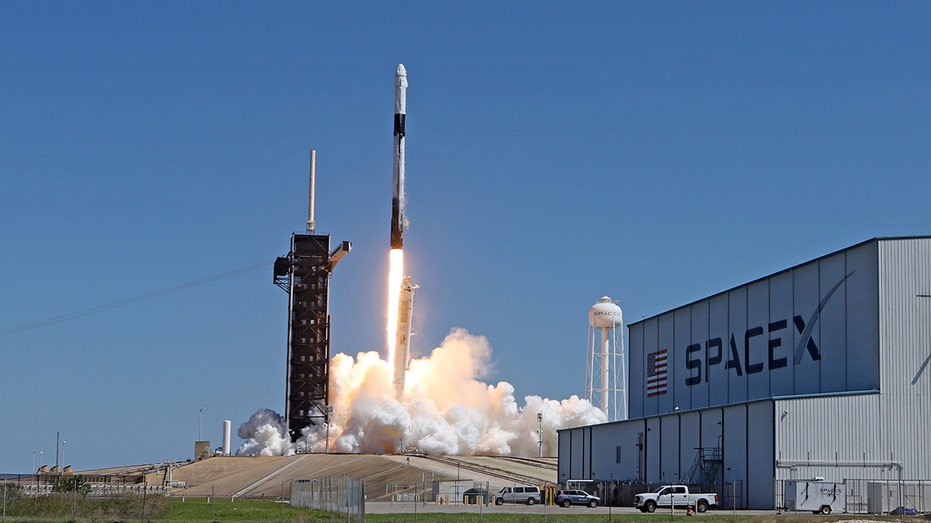 The ISS has hosted several wealthy space tourists from time to time over the years.

But the Axiom quartet was the first all-commercial team ever welcomed to the space station as working astronauts, bringing with them 25 science and biomedical experiments to conduct in orbit. The package included research on brain health, cardiac stem cells, cancer and aging, as well as a technology demonstration to produce optics using the surface tension of fluids in microgravity.

Axiom, NASA and SpaceX have hailed the mission as a milestone in the expansion of privately funded space-based commerce, constituting what industry insiders call the "low-Earth orbit economy," or "LEO economy" for short.

It was the sixth human spaceflight for SpaceX in nearly two years, following four NASA astronaut missions to the ISS and the "Inspiration 4" flight in September that sent an all-private crew into Earth orbit for the first time, though not to the space station.

SpaceX, the private rocket company founded by Tesla Inc (TSLA.O) electric carmaker CEO Elon Musk, has been hired to fly three more Axiom astronaut missions to ISS over the next two years. The price tag for such outings is high.

Axiom charges customers $50 million to $60 million per seat, according to Mo Islam, head of research for the investment firm Republic Capital, which holds stakes in both Axiom and SpaceX.

Axiom also was selected by NASA in 2020 to build a new commercial addition to the space station, which a U.S.-Russian-led consortium of 15 countries has operated for more than two decades. Plans call for the Axiom segment to eventually replace the ISS when the rest of the station is retired around 2030.

Tucker Carlson: Democrats' meaning of 'equity and inclusion' is 'believe what we say, or else'