AN INTERACTIVE map can show you where your home was on Earth 750 million years ago.

Due to Earth's tectonic plates moving over its 4.5-billion-year history, your hometown has probably done more travelling than you. 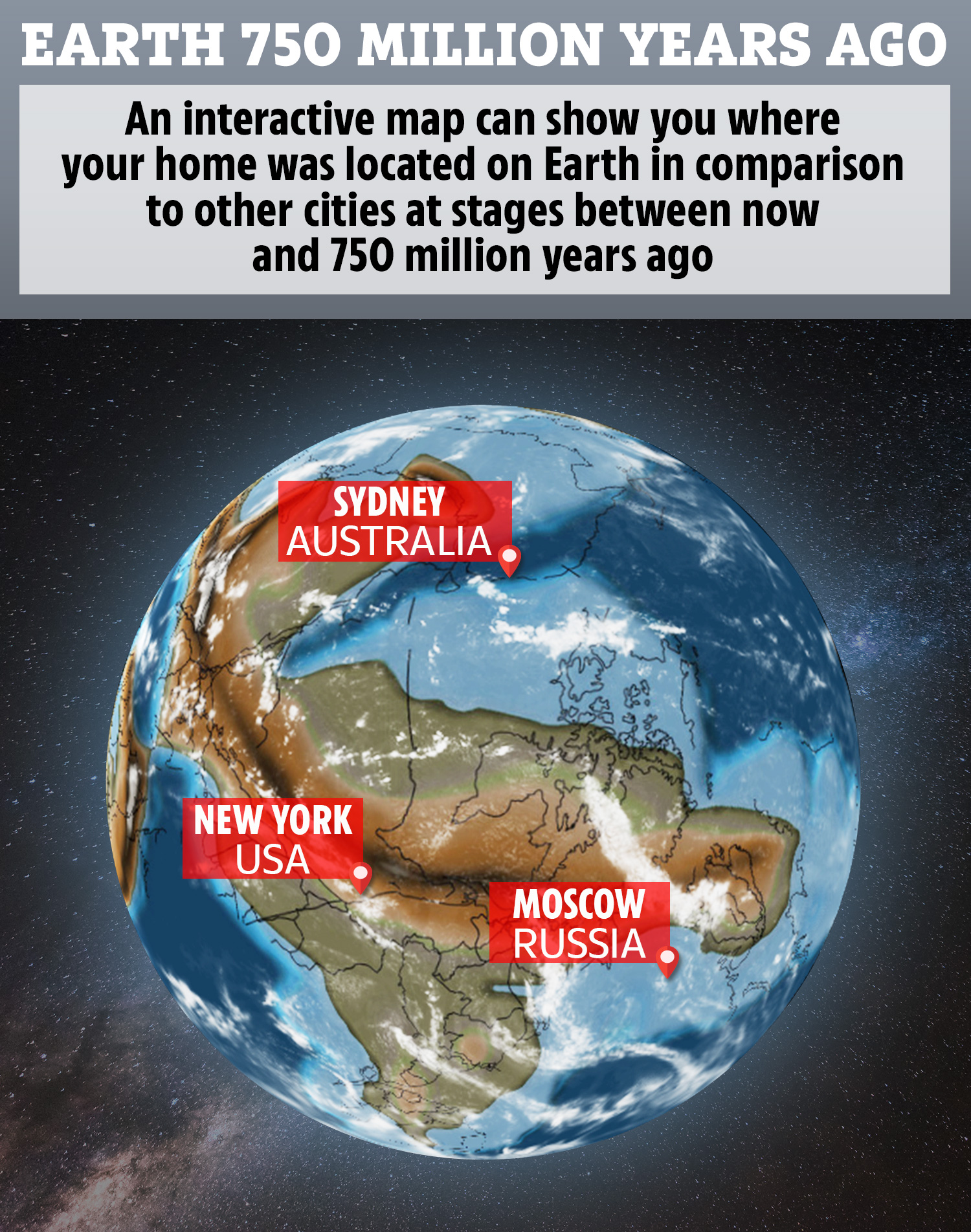 It's recently been growing in popularity after being launched a few years ago by palaeontologist Ian Webster.

Webster previously wrote on Hacker News: "I'm amazed that geologists collected enough data to actually plot my home 750 million years ago, so I thought you all would enjoy it too.

"Even though plate tectonic models return precise results, you should consider the plots approximate (obviously we will never be able to prove correctness). 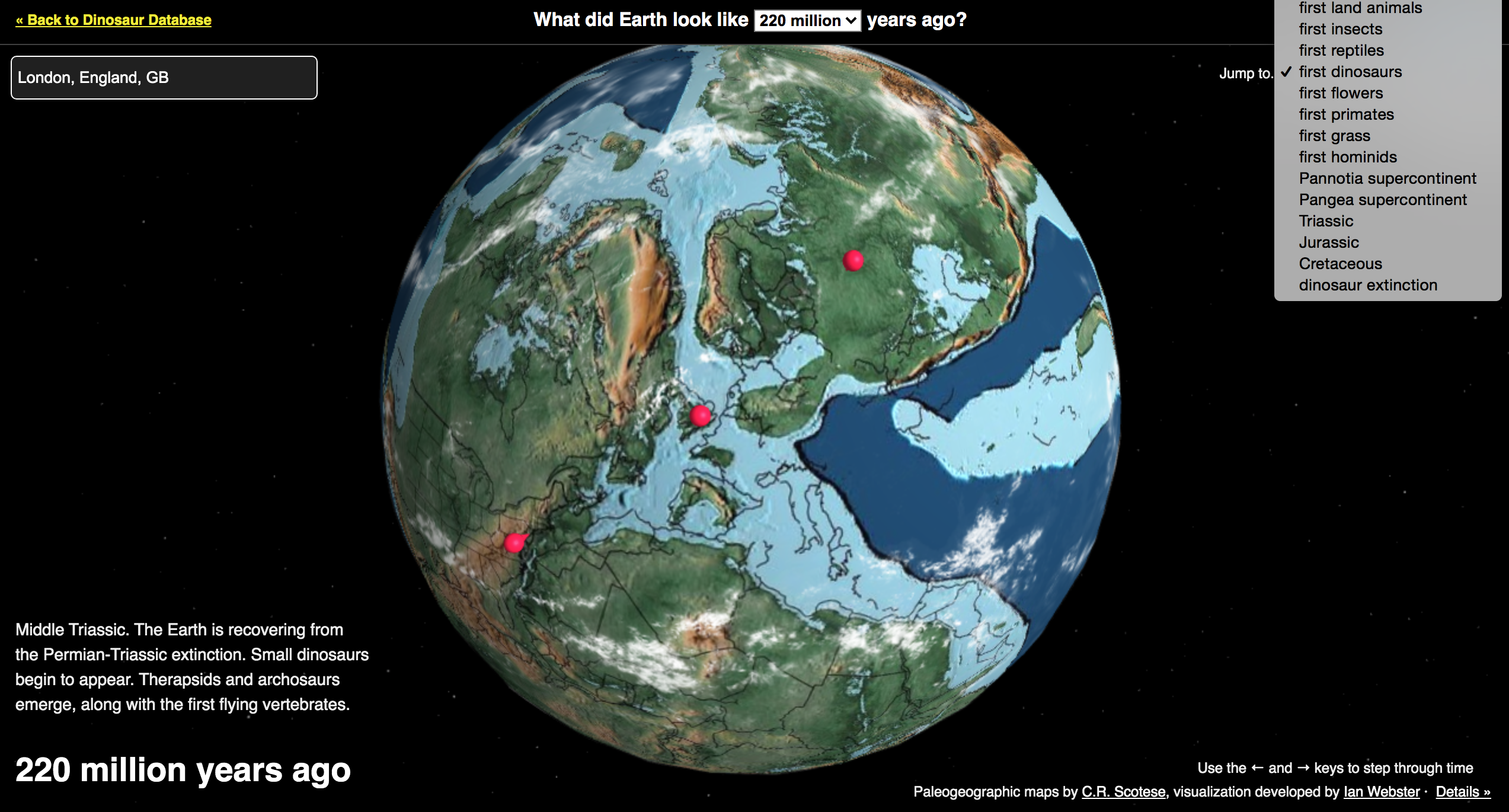 "In my tests I found that model results can vary significantly. I chose this particular model because it is widely cited and covers the greatest length of time."

You can use the 'years' tool to see Earth's continents in different stages from 750 million years ago until now.

It shows that 240 million years ago you could have technically walked from New York all the way to Nairobi in Kenya. 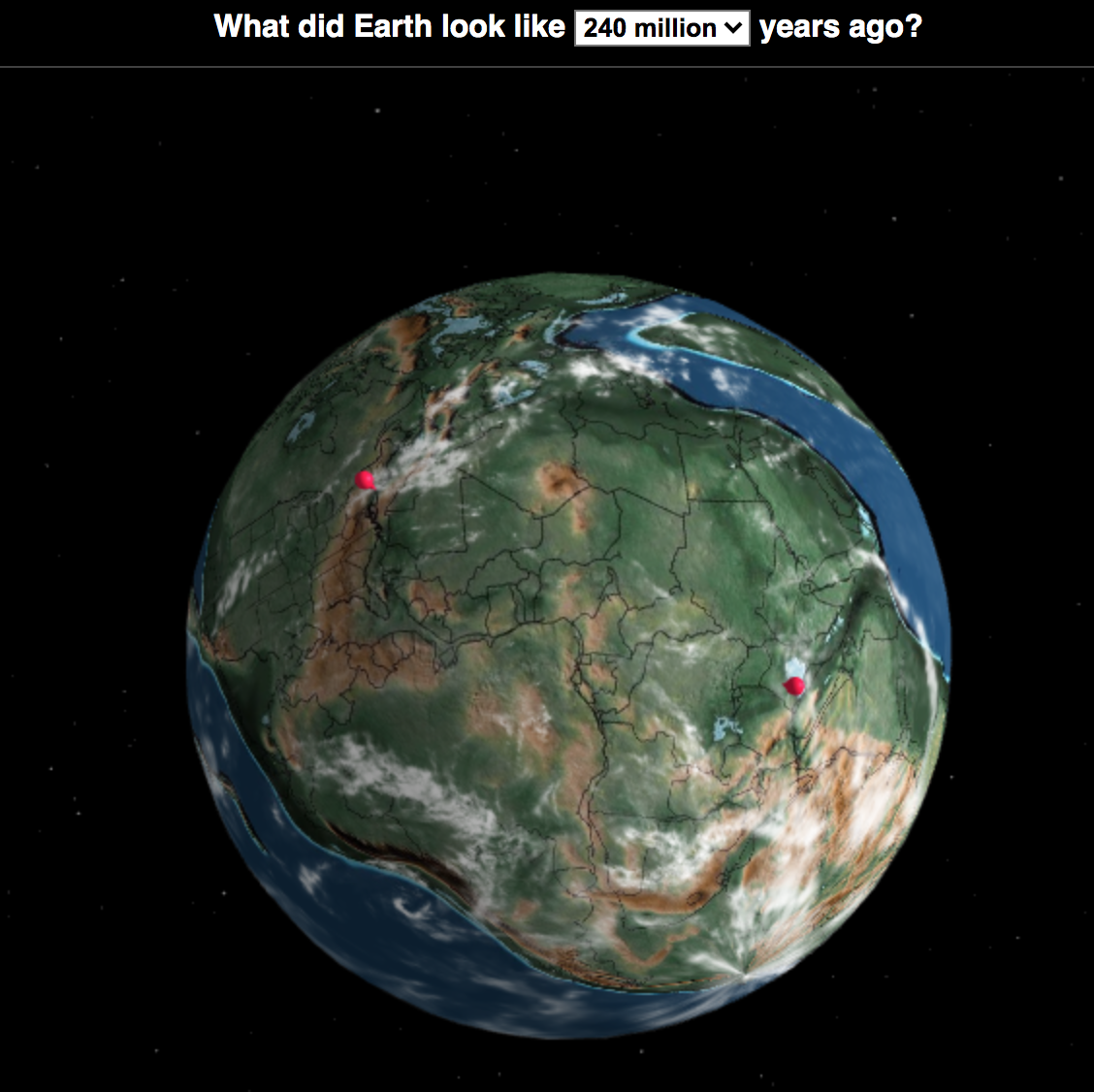 Or, you can select options from a menu on the right that lets you see what Earth looked like when certain organisms were present.

Unfortunately, the map can't show us billions of years of the Earth's history but it does provide an insight into the four supercontinents – Pannotia, Gondwana, Laurentia, and Pangaea.

The map default is 240 million years ago when Pangaea dominated the globe.

It was basically one big mass of the land connecting almost all the continents we know today.

You may find your hometown was underwater millions of years ago or that the tectonic plate it belongs to can't be tracked that far back.

For 750 million years ago, the website explains: "Glaciers may have covered the entire planet during the greatest ice age known on Earth.

"Different types of single-celled organisms such as green algae appear for the first time."

The history of the planet in years…

In other archaeology news, a huge fortress dating back to the 12th-century BC has been unearthed in Israel and experts are linking it to a structure described in the Bible.

An ancient burial ground containing over 1,500 bodies squashed into circular graves has been discovered in Japan.

And, a puppy preserved in permafrost since the last ice age feasted on one of Earth's last woolly rhinos before it met its early demise.

Have you tried the interactive map yet? Let us know in the comments…