Father Joe Petito joins ‘Fox & Friends First’ and pleads for help to find his daughter Gabby, says its ‘like drowning with your hands tied behind you’

The white converted camper van that Petito was traveling in with her fiance, Brian Laundrie, was also recovered on Saturday night back in North Port at the home of Laundrie’s parents, according to the North Port Police Department.

“We currently have no definitive information that a crime took place here in North Port. With that said, the circumstances are odd,” the North Port Police Department said Tuesday. “So, we are actively gathering local details and any evidence to assist in finding needed answers.”

Laundrie has not been named a suspect or person of interest in the case.

According to Petito, Gabby was in contact with her friends and family regularly, but the last time anyone spoke to her on the phone was August 25. Nicole Schmidt, Petito’s mother, said she got a text message from her daughter on August 27th and August 30th.

Despite this communication, her mother is unsure if those text messages were actually from her since she did not talk to her on the phone.

Gabby and her fiancé began their road trip in early July and traveled from Florida to New York, and went to national parks in Utah, Colorado, and elsewhere shortly after. Her last known location was in Wyoming at Grand Teton National Park. Her fiancé drove the van home, but Gabby was nowhere to be found. 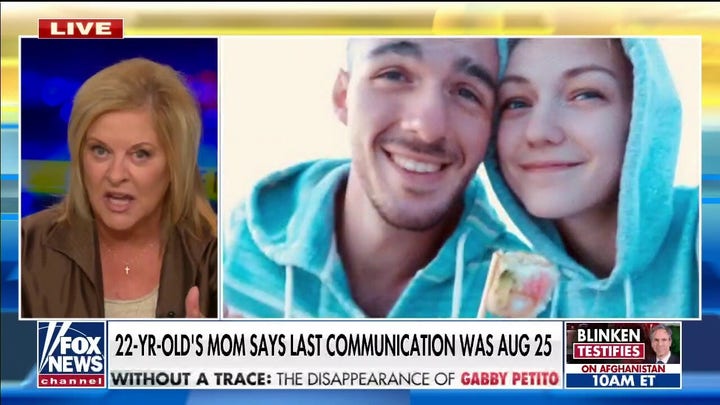 “You just can’t describe how that feeling is because you’ve never felt it before. I pray no one ever feels it again”

Petito praised law enforcement for their help saying, “They are beyond amazing. They have been very upfront in what they are doing.”

“Hope is something we’ve always had since we reported her missing and we are not going to lose that.”

Officials encourage anyone who might have any information related to Gabby’s disappearance to contact Crime Stoppers at 1-800-220-TIPS or the FBI at 1-800 CALL FBI.