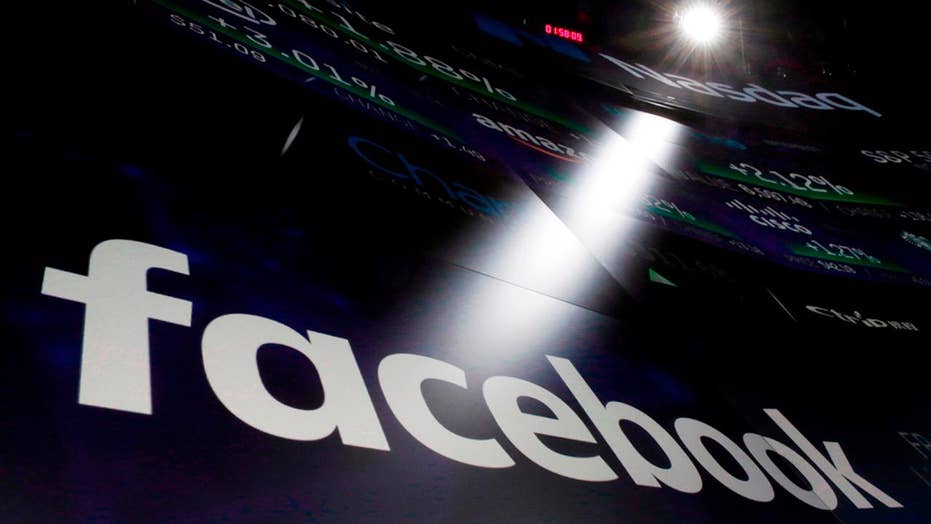 A pro-Trump ad was removed from Facebook after claims that it contained false information, Fox News has learned.

America First Action PAC on Tuesday told Fox News that Facebook removed one of its ads, titled "On Hold," which was placed in Arizona, Pennsylvania and Wisconsin on July 24. The ad was flagged by Politifact on July 29, according to the PAC.

"Facebook's decision to take down this ad shows its anti-conservative bias," America First Communications Director Kelly Sadler told Fox News. "America First Action has logged an appeal, but the threat of anti-conservative bias, targeting, and censorship remains ahead of Election Day in November and we must be vigilant in holding big tech, like Facebook accountable."

Sadler, during an interview on Fox Business on Tuesday, added that this "is just more bias from these social media companies."

"We're going to file an appeal, but there's really little we can do about it," she told host Stuart Varney. "These social media giants are monopolies, and ultimately they make the decision of what runs on their platform."

Facebook confirmed to Fox News on Tuesday that the ad had, in fact, been fact-checked. A Facebook spokesperson told Fox News that ads that are fact-checked and found to contain false information are not eligible to run as a paid ad on the social media platform.

The spokesman added that the videos can, instead, run as original content on the group's page.

America First Action, though, said certain versions of the ad were removed in particular states, but the Facebook spokesman said that once the ad was fact-checked as false, all versions would be removed from the platform.

The Facebook spokesperson said that if any version of the ad was still running on the platform, it would be due to a lag in Facebook's fact-checking system.

The ad in question was titled “On Hold,” and shows a woman calling 9-1-1 and being put on hold. The ad moves to show Democratic nominee former Vice President Joe Biden saying “yes,” with a "defund the police?" banner.

The ad is currently marked on Facebook with a label saying: "False Information. Checked by independent fact-checkers."

Facebook’s fact-checking comes as members of the Trump administration and prominent Republicans have claimed that social media platforms have censored right-leaning viewpoints.

Attorney General William Barr told Fox News in June that social media platforms are "engaged in censorship" and are acting more like "publishers."

"They originally held themselves out as open forums where people, where the third parties could come and express their views and they built up a tremendous network of eyeballs," Barr said on "Special Report" in June.

"They had a lot of market power based on that presentation," the attorney general added. "And now they are acting much more like publishers because they're censoring particular viewpoints and putting their own content in there to diminish the impact of various people's views."

Twitter, earlier this summer, slapped a warning label on one of President Trump's tweets for the first time, cautioning readers that despite the president's claims, "fact checkers" say there is "no evidence" that expanded, nationwide mail-in voting would increase fraud risks — and that "experts say mail-in ballots are very rarely linked to voter fraud.”

Within minutes, Trump accused Twitter of "interfering in the 2020 Presidential Election," that the platform "is completely stifling FREE SPEECH" and vowing: "I, as President, will not allow it to happen!"

Two days later, the president signed an executive order that interprets Section 230 of the Communications Decency Act of 1996 as not providing statutory liability protections for tech companies that engage in censorship and political conduct. It also cuts federal funding for social media platforms that censor users' political views.

Rep. Massie slams Nancy Pelosi for mask fines: 'A tyrant and a hypocrite'