FACEBOOK has teased what the future of working from home could look like if we use virtual and augmented reality to be in the office.

Facebook’s head of of AR and VR, Andrew “Boz” Bosworth, tweeted a video of what our future workplace may look like using Facebook software.

It's only eight seconds long but it gives us an idea of what the tech giant might be planning.

Boz said: "As we think through supercharging remote work and productivity, we've been working on mixed reality concepts that builds on existing technologies like Passthrough to allow people to switch between real and virtual worlds.

The clip features virtual computer screens being resized and arranged with just the simple gesture of a virtual hand. 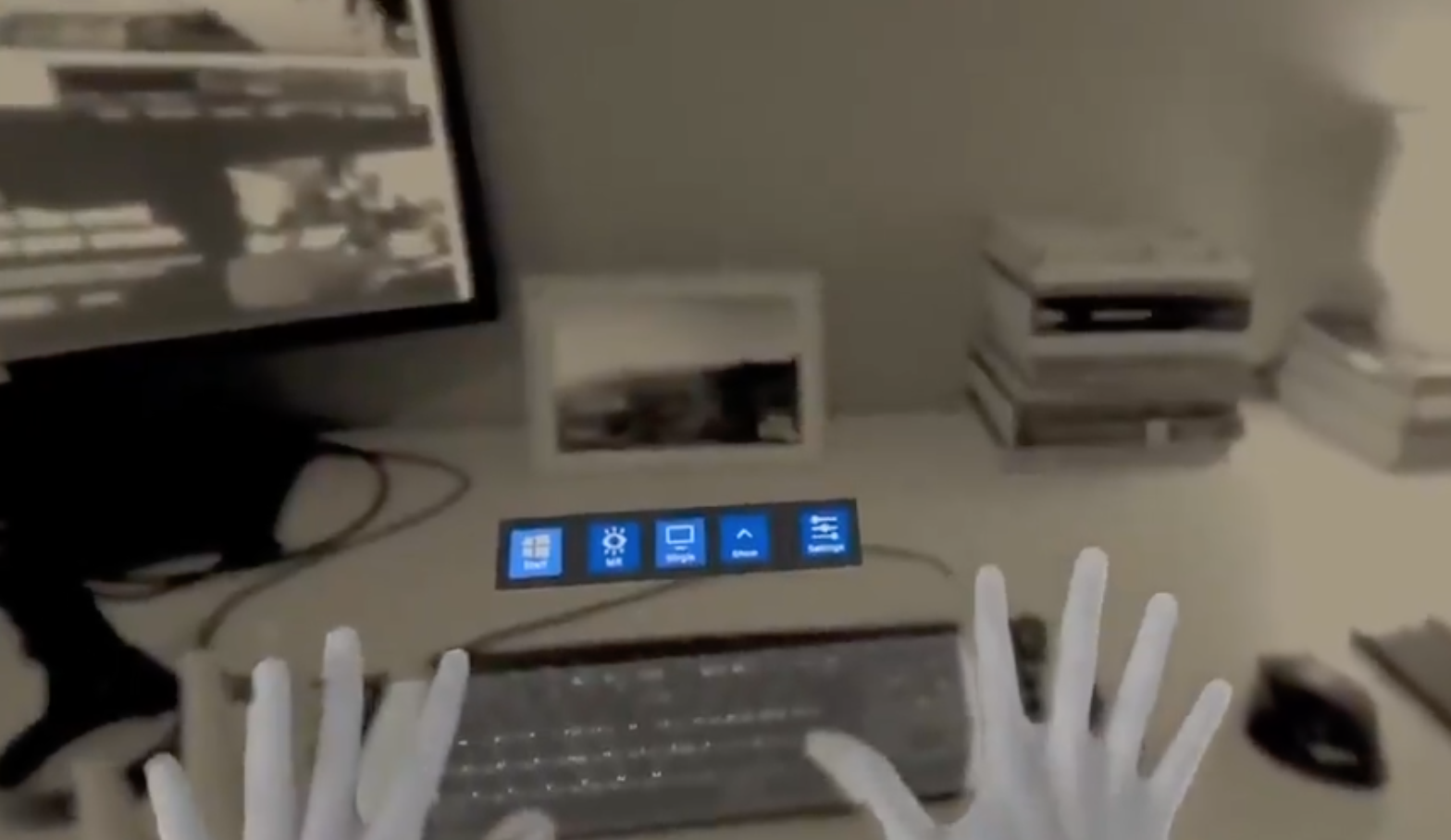 The screens may be virtual but the world around the user is real.

Prospective users of a workspace like this would likely need an Oculus VR headset to access this mixed reality.

Facebook explained in a blog post: "In the future, we could create a super-powered augmented workspace with multiple customizable screens in VR, unbounded from the limits of ​physical monitors.

"It would leverage technologies like Passthrough to create a mixed reality productivity experience that allows people to switch between real and virtual worlds at any time, improving spatial awareness while offering the flexibility we’re accustomed to with laptops and other common devices."

The concept isn't entirely novel as Microsoft’s HoloLens can give users similar augmented reality powers and Facebook has teased similar ideas before.

However, as Facebook recently announced that its workers could request to work from home permanently, it seems getting this virtual office up and running is even more of a priority.

In other news, YouTube has introduced a new "virtual bedtime" setting.

Joe Rogan has signed an £80million deal to host his podcast exclusively on Spotify.

What are your thoughts on this Facebook sci-fi vision? Let us know in the comments…

I Live In Seattle. No One Can Tell Me What It Costs To Get A COVID-19 Test.