FACEBOOK will ban political ads in the week before the US presidential election set to take place on November 3.

CEO Mark Zuckerberg just announced the plan as he is worried about "an increased risk of civil unrest across the country."

Facebook announced in a blog post that it will be taking several steps to "secure the integrity of the US elections by encouraging voting, connecting people to authoritative information, and reducing the risks of post-election confusion."

The changes include not accepting any new political ads in the week running up to November 3.

Facebook will be removing posts that claim people will catch coronavirus if they participate in voting and will be sharing "authoritative information" on the topic.

It will also be adding information labels to posts that question the legitimacy of certain voting methods. 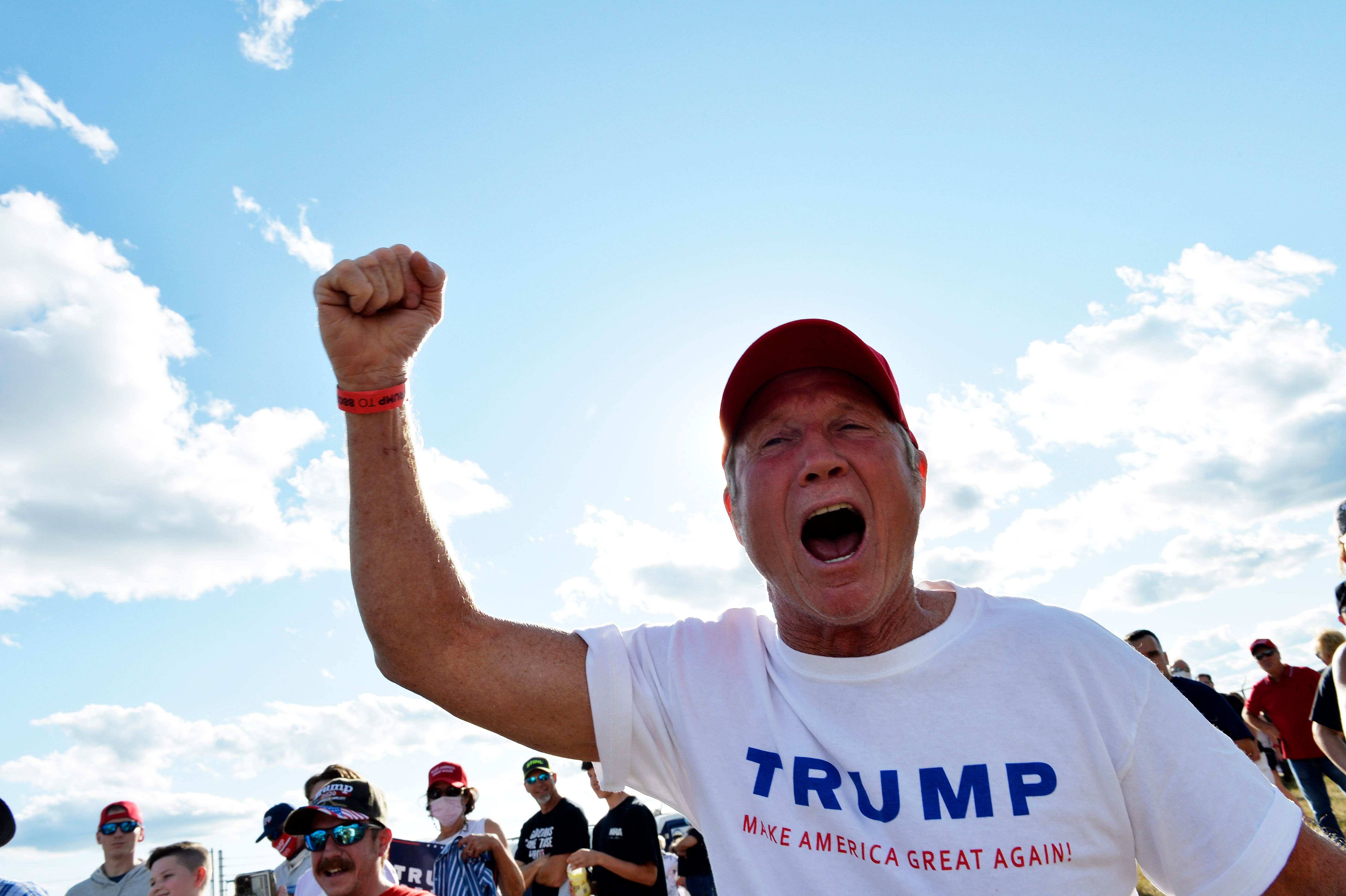 There will also be a crack down on people falsely claiming victory.

Facebook added: "If any candidate or campaign tries to declare victory before the final results are in, we’ll add a label to their posts directing people to the official results from Reuters and the National Election Pool."

Zuckerberg said: "We all have a responsibility to protect our democracy.

"That means helping people register and vote, clearing up confusion about how this election will work, and taking steps to reduce the chances of violence and unrest."

In addition to all of the above, Facebook will be introducing a forwarding limit for messenger. 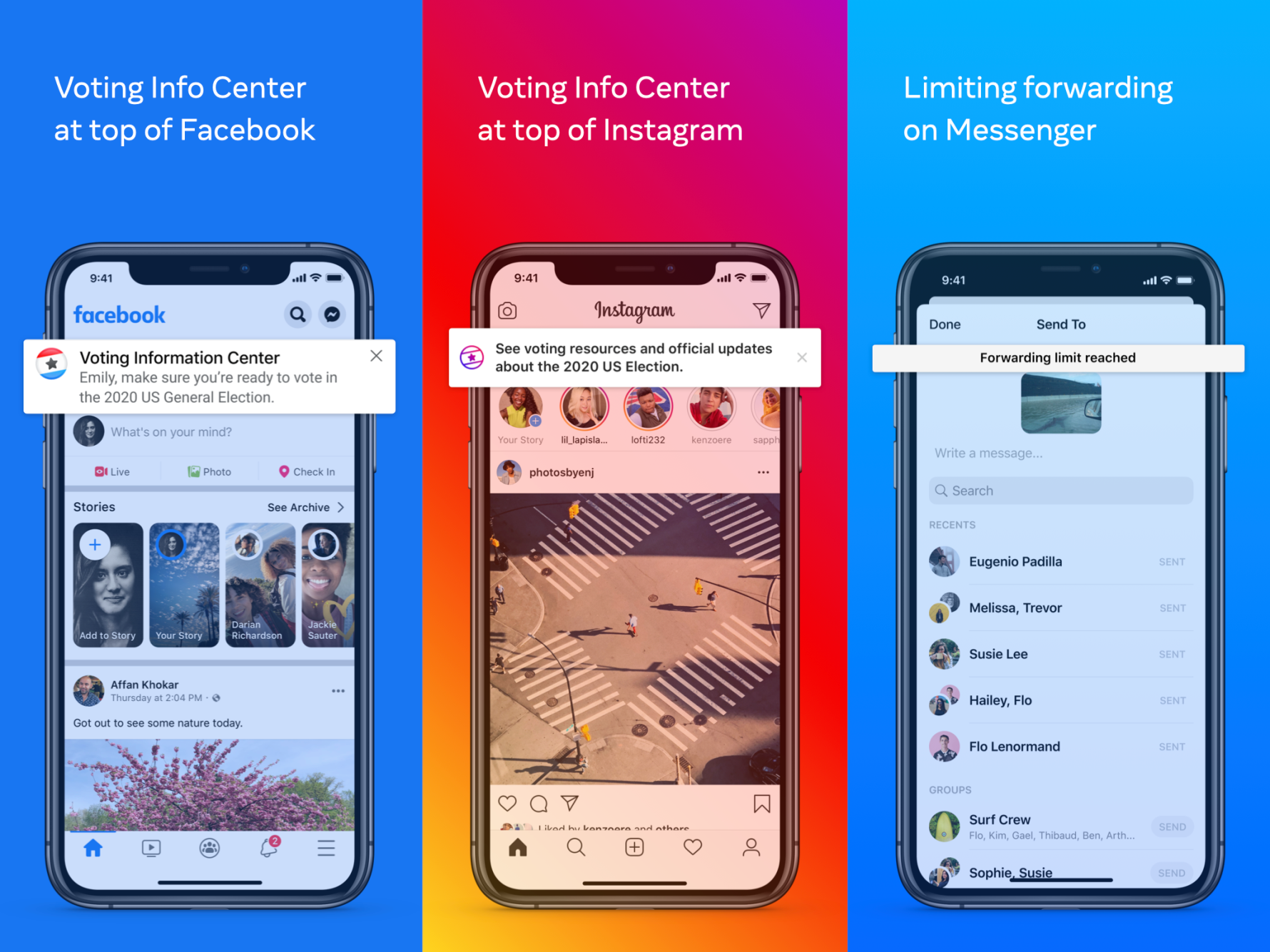 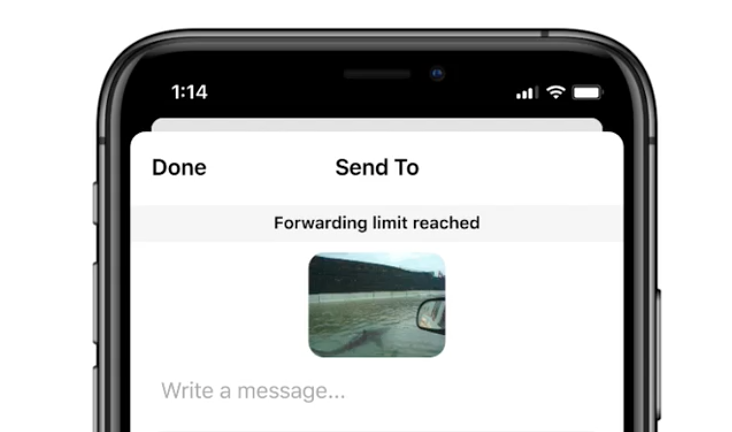 It means you'll only be able to forward a message to five people or groups at any one time.

Facebook explained: "Limiting forwarding is an effective way to slow the spread of viral misinformation and harmful content that has the potential to cause real world harm."

It hopes this will help tackle the spread of false information regarding Covid-19 as well as the US general election.

A blog post from the platform added: "We are introducing a forwarding limit on Messenger to help curb the efforts of those looking to cause chaos, sow uncertainty or inadvertently undermine accurate information."

When is the US presidential election?

Here’s some facts you should know…

It will be the 59th US presidential election, and comes after a turbulent few months for the nation with the coronavirus pandemic and George Floyd protests sweeping the country.

Former Vice President Joe Biden officially won the race to be the Democratic candidate on June 5, after storming to a number of influential victories in key states on Super Tuesday on March 3.

He will run against the incumbent Donald Trump in a hotly contested election which has seen the polls slide in Mr Biden's favour in recent weeks.

The winner of the 2020 presidential election will be inaugurated on January 20, 2021.

In other news, Facebook said it has dismantled a Russian 'influence operation' made up of accounts and pages spreading fake news.

The social media giant has sparked widespread fury over a threat to ban news stories in Australia.

And, TikTok could narrowly avoid being banned in the USA – with Microsoft and Walmart to thank.

What are your thoughts on these Facebook changes? Let us know in the comments…

Latest Posts
Trump's campaign has spent up to $40,000 on Facebook ads promoting baseless rumors that Biden wears an earpiece
Global stocks rise after robust US economic data and a hint of a deal over stimulus
It’s Not Marketing. These 18 Products Are Truly Limited Editions
How The Home Edit’s pro organizers built a lucrative — and controversial — empire
I-T department readies safeguard measures for e-assessment
Recent Posts
This website uses cookies to improve your user experience and to provide you with advertisements that are relevant to your interests. By continuing to browse the site you are agreeing to our use of cookies.Ok