Less than a year ago, Julianna Lamb and Reed McGinely-Stempel hoped to raise a small amount of money from venture investors to get their new startup, Stytch, up and running.

They were working on software that helped companies verify and authenticate their users, but their startup was still a small team without any paying customers. Still, investors were bullish on the idea, and on their backgrounds as former software engineers at the red-hot fintech Plaid.

A bidding war ensued among numerous venture firms and Benchmark eventually won, leading a $6 million seed round which valued the company at around $25 million, two sources said. Other investors, such as Index Ventures, participated and the round closed last summer. It was announced in January via a company blog post.

But the interest in Stytch by investors didn’t end there. In the weeks after the seed round closed, multiple venture firms approached Lamb and McGinley-Stempel wanting them to do an immediate next round of financing, a person familiar with the matter told Insider. These are known as “preemptive rounds,” and they occur when venture firms ask startups to take their money, as opposed to when founders seek investment.

Thrive Capital ultimately won out. The secretive venture firm run by Josh Kushner is leading a $20 million Series A round in Stytch that values the tiny, young company at $200 million when the deal closes, three people close to the discussions said. Thrive beat Index Ventures to lead the deal, one of the people said.

The allocations for the round are set, and Benchmark and Index Ventures are follow-on investors in the round, the person added. Stytch declined to comment on the specifics of the round. 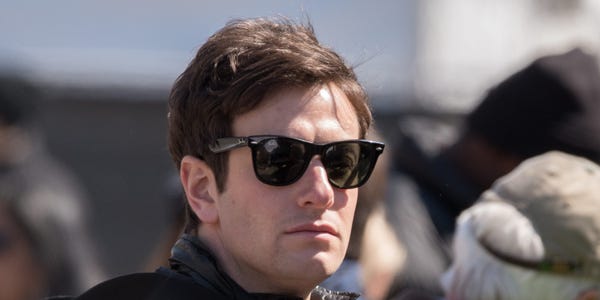 The funding comes amid heightened investor optimism over what Twilio CEO Jeff Lawson calls “software supply chain companies.” These companies create application program interfaces (APIs), or reusable chunks of code, that other companies can use to run business functions like communications and payments, without having to code software up from scratch.

For Stytch, that involves building APIs that companies can use to identify and verify users through passwordless “magic links” where users click a URL to sign in to an account, one-time passcodes, and PIN for secure user authentication.

Since its seed round, Stytch has already released “early-access” versions of multiple products, including an API that allows companies to authenticate users with magic links. It’s also beginning to see “rapid growth” in paying customers, according to a company spokesperson.

Investors say there are clear signs the identity verification market will be big: password authentication startup Auth0, for example, was valued at over $1 billion last year in a $120 million Series F round led by Salesforce Ventures.

Newt Gingrich: Rush Limbaugh was one of the conservative movement's great heroic figures and a good friend