The Royal Institution of Chartered Surveyors (RICS) said any positive signs seen in the housing market at the start of the year had gone into sharp decline. And it said Government intervention may be needed further down the line to help get a post-pandemic housing market back on its feet.

RICS head of government relations Hew Edgar said: “These are exceptional circumstances and the Government will need to consider all avenues that could feasibly rebuild confidence, bridging the gap between uncertainty and recovery.

“RICS is not an organisation that would call for a stamp duty holiday on a whim, and indeed our view prior to COVID-19 was that it required a full-scale review.

“As we start to emerge from this crisis, however, it is likely that the finances of potential homebuyers will be under strain, and the burden of stamp duty could put buyers off.

“For those who can afford to move, they may lack confidence in the market, adding to the slow down.

“A stamp duty holiday could be one of the ways to reactivate the housing market quickly as a short-term measure.” 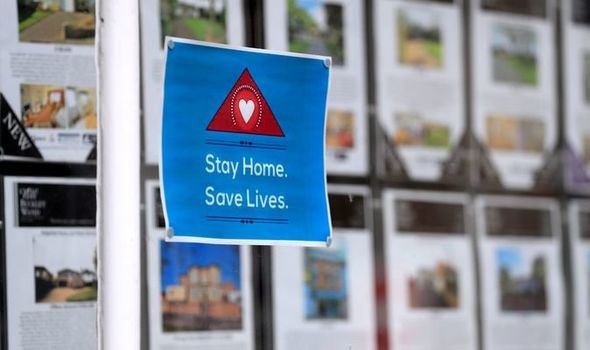 RICS said an overall net balance of 92 percent of property professionals now expect to see a fall in sales rather than an increase over the next three months.

It is the worst reading since RICS first started asking the question in 1998.

A net balance of 72 percent of surveyors saw the number of new homes coming on the market fall rather than increase in last month.

As a result, the average amount of properties on estate agents’ books are at a record low of 40 properties per branch. 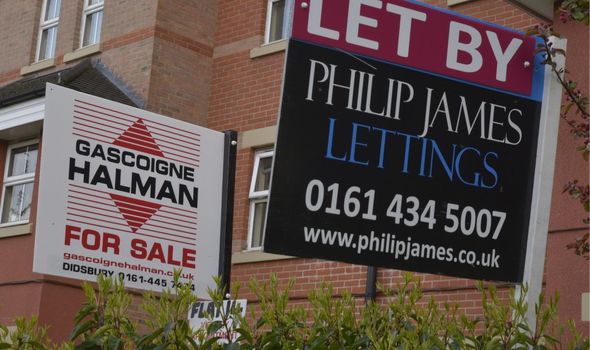 Looking forward to the next 12 months, professionals were slightly less negative, although 42 percent still expected sales to fall further rather than increase.

The market has ground to a near-halt due to the impact of the coronavirus outbreak, with buyers who had been on the brink of moving having been told to put off their plans until a later date. Lenders are giving mortgage offer extensions to enable this.

Some mortgage lenders are temporarily restricting their products. Shutdown measures are also an obstacle to people physically being able to do viewings and make valuations.

The findings did indicate however that house prices held up in March, with a net balance of 11 percent of surveyors reporting growth.

Northern Ireland, Scotland and the South West all recorded the strongest growth in prices.

But upward price movements are not expected to continue for much longer.

In the short-term, 82 percent of surveyors expect prices to fall rather than increase over the next few months.

But looking further ahead, surveyors still expect annual price growth to average just over 2.5 percent over the next five years. 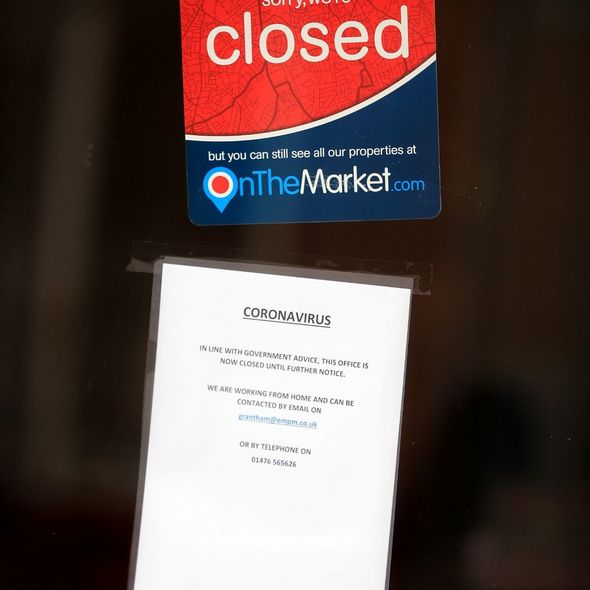 RICS chief economist Simon Rubinsohn said: “The results of the latest RICS survey capture the period during which the economy moved into lockdown so show a somewhat mixed picture.

“But critically, the key forward-looking indicators clearly reflect the emergency measures in place.

“The fact that responses are negative not just at the three but also the 12-month time horizon is significant in suggesting that the legacy of COVID-19 could be such that any return to what might be described as ‘normality’ in the economy will take time and households will remain cautious for a while.

“Of course, the primary focus of Government is at this stage the health of the nation and defeating coronavirus and it may be a little premature to be planning for the economic recovery.

“However, the feedback from the survey does imply that further Government interventions both in the wider economy and more specifically in the housing market may be necessary to aid this process supporting businesses and people back into work.”

SpaceX may launch and land its newest Starship rocket prototype on Monday. With any luck, it won't explode.

Biden: Trump coronavirus vaccine rollout is 'off to a God-awful start'

Latest Posts
NYC real estate biz is fighting bevy of new taxes, regulations
how long after drinking alcohol can i take benadryl
China is kicking out more than half the world’s bitcoin miners – and a whole lot of them could be headed to Texas
clonazepam bladder spasms
GAO says Biden halt of border wall construction does not violate law
Recent Posts