As a lifelong Democrat, I am thrilled that Joe Biden has been projected as the winner of the 2020 election. Fox News and others have determined that he will be our next president. We need his leadership more than ever.

This week, we’ve broken COVID-19 records more than once as the virus spreads uncontrolled and millions of Americans still face economic issues caused by the lack of a response from the Trump administration. We’ve watched as Donald Trump has lied repeatedly in trying to undermine our electoral process. Replacing his dangerous agenda with President-Elect Joe Biden will move us quickly from incompetence and apathy to experience, empathy, and progressive values.

I am grateful to the Biden-Harris campaign for running a great race and delivering a message of unity, decency and a promise to help restore the soul of America.

Joe Biden showed leadership and strength as the Democratic nominee for president of the United States in many ways, but especially when he chose Kamala Harris as his running mate. She brought energy and enthusiasm to the campaign and is ready to do the work of the people of this country.

The Biden-Harris ticket earned more votes than any presidential ticket in history. And while that is remarkable, the historical significance of this moment should not be missed. 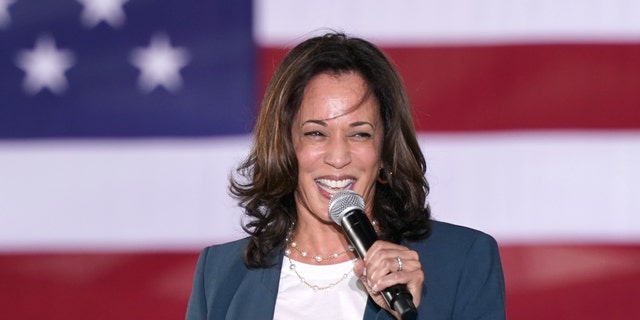 Kamala Harris’ historic election shatters one of America’s highest glass ceilings for women in politics, and shows that our diversity truly is our strength. And, as Kamala has done in every office she’s held,  she continues to prove that those who are often forced to knock down the doors of power can make life better for all of us once they have a seat at the table.

She was the first African American (and third woman) to run for vice president on a major party ticket, in addition to being the only woman of color to ever do so.

And now, she will be the first woman in American history to serve as vice president. To say that this is a big deal for women, African Americans, Asian Americans and all Americans, is an understatement.

And as an incredibly qualified woman who has served at all levels of government, including running the largest state justice department in the country, I am particularly excited for the work that she will accomplish on behalf of the American people.

When President-Elect Joe Biden chose her to be his running mate, he asked Sen. Harris to be the last voice in the room.

And how fortunate are we that she will be.

How fortunate are we that she’ll be the last person in the room advocating for those who are so often unseen and unheard? How fortunate are we that she’ll be at the table advocating for access to affordable health care and economic relief as we still grapple with the devastating impact of COVID-19, protecting a woman’s right to choose, fighting for paid family leave, pushing for criminal justice reform and so much more? After the four years we’ve all had under the corruption of the Trump administration, I would say that we are more than fortunate.

During her time as attorney general of California, she took on the big banks to get homeowners the relief they needed during this country’s worst mortgage crisis.

Then she pushed for the California Homeowner Bill of Rights in 2012, considered the nation’s strongest foreclosure protection law at the time.

That’s the type of leader who I want in the room during a crisis – one who will fight for us, a leader who isn’t afraid to push back, debate and make the case for the American people.

Over the life of this campaign, President-Elect Biden and Senator Harris  have done just that — they’ve fought for all of us.

And after a decade of being president of EMILY’s List, with a simple and powerful mandate to help elect pro-choice Democratic women, I am proud to finally say Madam Vice President.

Latest Posts
The best Black Friday 2020 gaming deals include Nintendo Switch bundle and discounts on new games like "Assassin's Creed Valhalla"
Walmart will offer tons of deals during Cyber Monday 2020 — here are the best live available know, plus everything else you need to know
The best Black Friday deals at Walmart: Save on Apple AirPods, Instant Pots, and more right now
For Black Friday, you can get 55% off the premium version of Grammarly, which checks your tone and even improves your writing style
State Pension contracted out: What does it mean to be contracted out of the State Pension?
Recent Posts
This website uses cookies to improve your user experience and to provide you with advertisements that are relevant to your interests. By continuing to browse the site you are agreeing to our use of cookies.Ok