In “A Woman Makes a Plan,” Musk is candid about starting her business as a single mother after divorcing her abusive husband. She talks about how she raised her three children who have all found tremendous success. The book also details Musk’s rise to stardom in the modeling world after many setbacks. 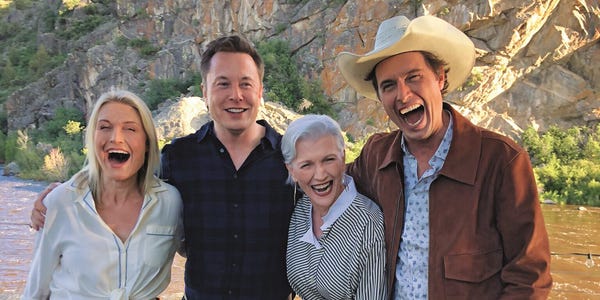 Musk visited Business Insider and sat down with editor-at-large Sara Silverstein to discuss the lessons from her book. Following is a transcript of the video.

Sara Silverstein: So your book is called “A Woman Makes A Plan,” but you talk about in your book how plans are often sideswiped and you have to make a new plan. So what is it about the plan and not holding onto it too tightly?

Maye Musk: Well, you do want to hold onto it tightly, because you’ve got this plan. It’s going to be great. And then, you know, all sorts of things get thrown at you and then you are miserable, and then you have to say, “Now I need to make another plan.” And what my book says is that I stayed in miserable situations too long, so maybe you don’t have to.

Silverstein: And you talk about untraditional ways that you pushed your career forward when you were met with resistance. Can you talk to me about that? 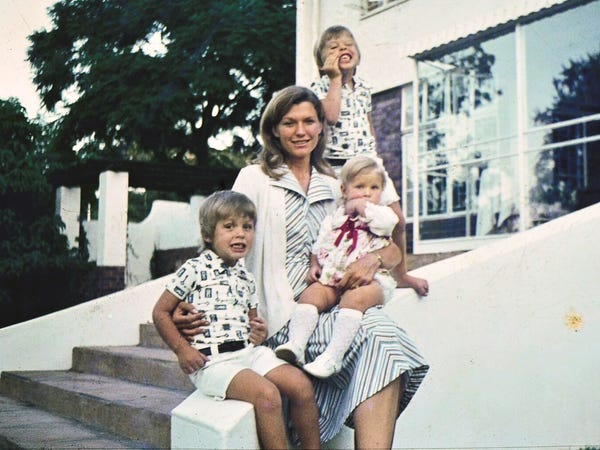 Silverstein: And when you moved to New York, you signed with a very big modeling agency. And it wasn’t going better, like you expected it to go.

Silverstein: So how did you deal with that?

Musk: I was very sad, because I would go into the agency. First of all, I had some big campaigns, and then I joined the larger agency. They just kept on saying I’m just not good enough and nobody wants to see me at castings. And I’m thinking, shouldn’t they just meet me, and then maybe? And then sometimes I would say that I’ve joined you for six months. The first job I went to, I booked the job. So now I don’t have any more castings? I didn’t join you to stop modeling. 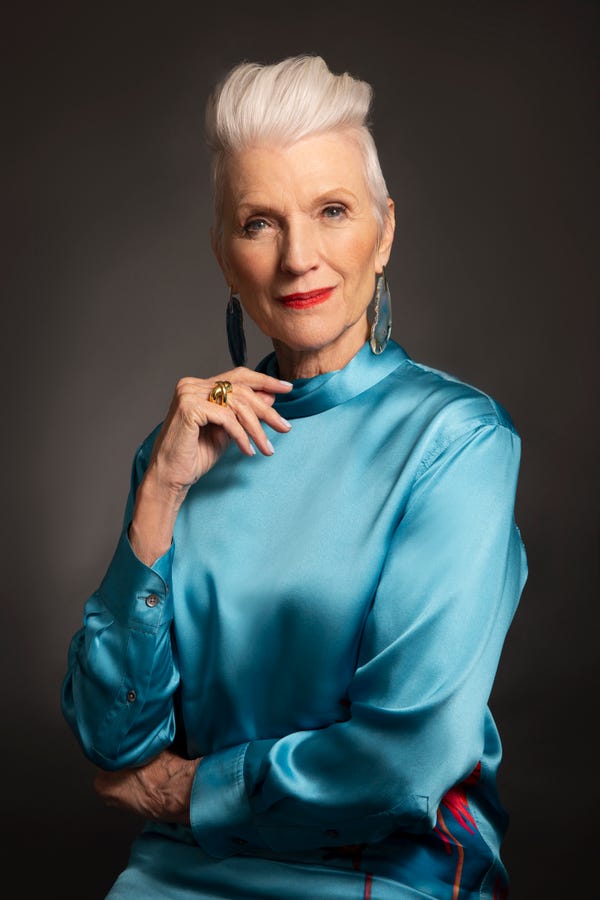 So this went on for a long time, and every time I complained, they would scream at me that they’re doing their best. And then I started getting model agencies all surrounding New York, as well as Europe, and then I could model.

Silverstein: And you talk about confidence. Have you had moments of lapses of confidence, and what do you do to get over those?

Musk: You have many lapses of confidence. You are defeated many times where you think, I’m in this dark tunnel and I can’t climb out of it. And you just have to keep on thinking, how do I get out of this bad situation? Sometimes the law has to change for you to be able to get divorced or move out of a contract, you know? You have to be able to fight for yourself.

But I was always a softie, so I always trusted people. I always didn’t know why they would be malicious or why would they be nasty? What’s the advantage to them? And I guess people just like control and power, and if they can have power over you, it gives them joy, but it’s not right.

Musk: Every time it was to better my situation, and it was always scary, and I just went into the deep end, you know? And then I kept swimming until I came to the surface. It takes a long time. So when you move back to a new city or a new country, you know nobody. I worked for myself, so it’s not like I had colleagues around me, and it takes you a while to get friends or meet people, and to build up your practice. I mean, my kids were eating peanut butter sandwiches for dinner. And to be able to actually buy a chicken once a week to have some chicken and potatoes and vegetables, that was always a thrill. So you look forward to good things like that. 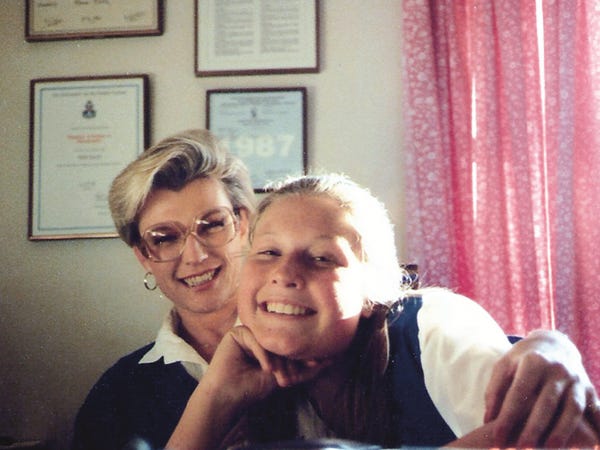 Musk: Well, I think it’s a little my parents. They were working all the time. I only saw them at 6 o’clock in the evening for dinner, and they just made us independent. We started working for them when we were young. And in the same way, my children were helping me. They were very aware that I had my practice at home, and they need to be well-behaved and do their own homework because I didn’t have time to work with them. And they were, they were really good kids. I was very lucky.

Silverstein: And you let them follow their own passion?

Musk: They followed their own passions, and they all went in different directions.

Silverstein: And what is so magical about the age 12? 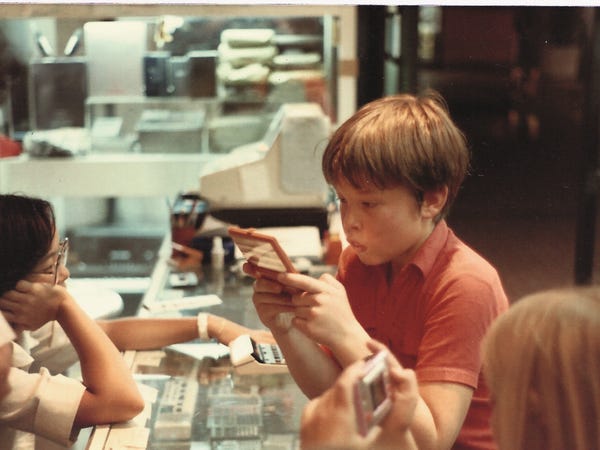 Silverstein: And looking back at the way you raised your children, what is the best gift you think you gave them?

Musk: I think I was strict, and they tell me I was a pushover. So there you go. I think being polite and considerate of others, and doing good for others. I think they saw that. As a dietitian, they saw me doing that. And they all do good things for others.

Silverstein: And at 69, you became the oldest CoverGirl in history. How did they get you to do that campaign? What was that process like?

Musk: Well, first of all, it was Instagram. So Instagram got me IMG Models, which they said a beauty company is interested in me. And I thought, oh yeah, you hear these things. And then they said, we’re going to be meeting with CoverGirl. And I said OK! And I got there and I see all my Instagram photos up on the mood board, and I was like, hmm. That’s interesting. And then they talked to me as if I was the CoverGirl already, and then afterward I leave with my agent. I said, “Am I a CoverGirl?” He said, “Yes, the contract. “We’ve got the contract. “We’re working on it.” I said, “Oh, until I sign that contract, “I’m not saying anything.” And I wasn’t allowed to say anything. And then when that contract came, it was just fantastic. I just thought, wow! It’s like every model’s dream to be the face of a makeup brand, and now I am.

Silverstein: And the commercial, I still remember seeing it for the first time. It talks about age head-on, and it’s very moving. What was that process like, and what did you think about the campaign when you were shooting it?

Musk: Well, I thought they made me look fabulous. They really did. And then they wanted me dancing on a rooftop, and they wanted me walking the street. They had a lot of ideas. I’m willing to do it all, yes. I was treated like a big star, because I had my own trailer, a large trailer, and I had a double who would be for the lighting, and I’d never had that before. So this was all new to me and very exciting to be looked after so nicely.

Silverstein: And where do you think we could still need more age diversity in media?

Musk: We need age diversity everywhere, you know. As men get older, they are still in the media, still everywhere, and women are neglected. They don’t want to book them anymore. My saying is that 50% of CEOs should be women. 50% of presidents should be women, because we’ll have a kinder, gentler world, and so women should support women to get to that position, but men should support women too. We’re not competition to men. We just think the best person should be able to get the job.

EDITOR’S NOTE: This video was originally published in January 2020.

Goldman Sachs is creating an auto-tech joint venture amid a SPAC boom for EV and lidar companies: Report