BLOOD-RED snow has been spotted in Antarctica as researchers warn this is a sign of climate change.

Anyone looking at the spooky images of the "blood snow" would be forgiven for thinking the land was bleeding but it's actually algae that's to blame. 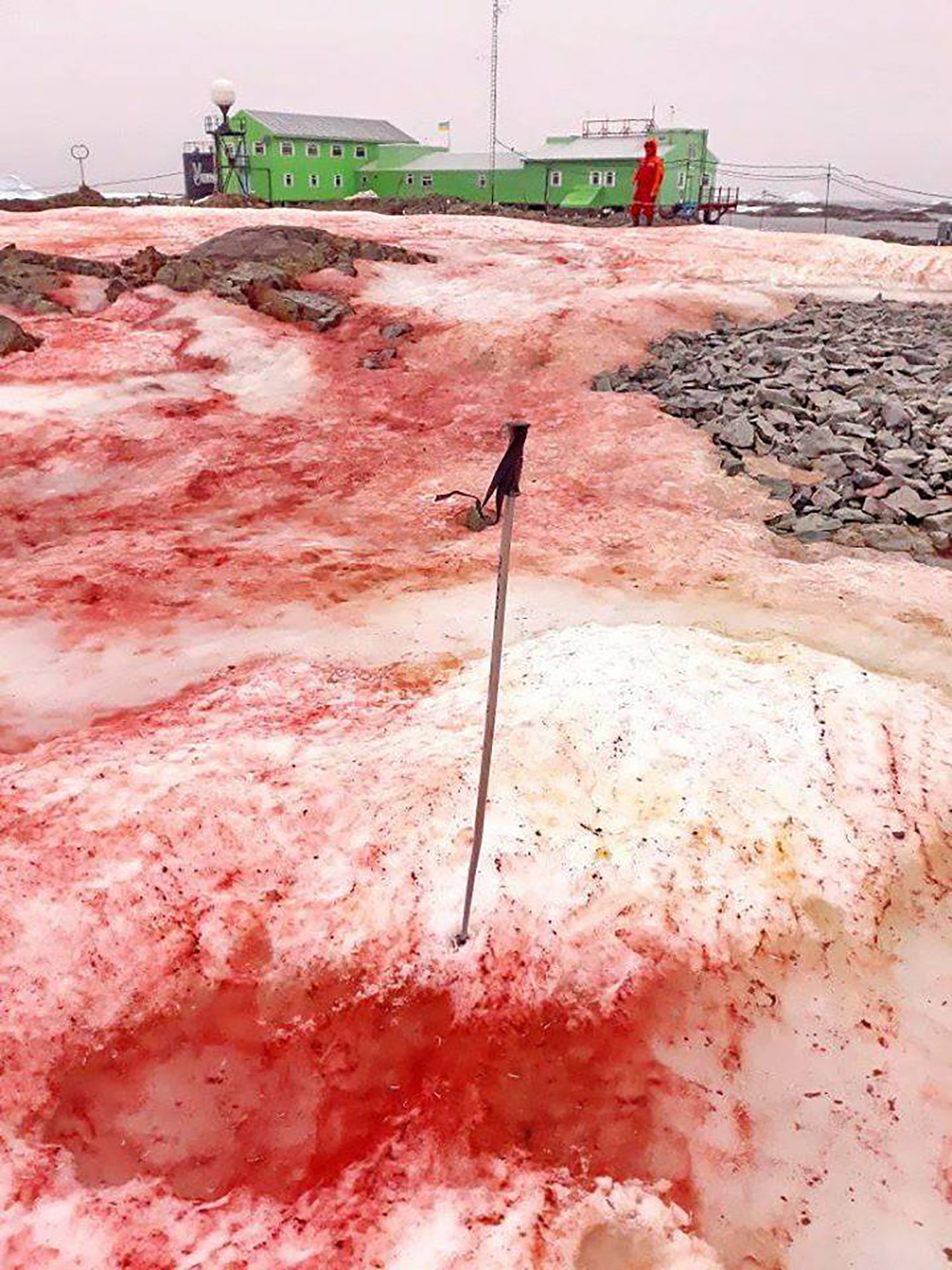 For the past few weeks, the ice surrounding Ukraine's Vernadsky Research Base has been covered in what the researchers are calling "raspberry snow".

They jokingly refer to the red substance as "jam" and have seen it appearing all around them as summer in Antarctica blazes on.

The algae thrives in freezing water and usually lies dormant beneath snow and ice until summertime melts some of the snow away. 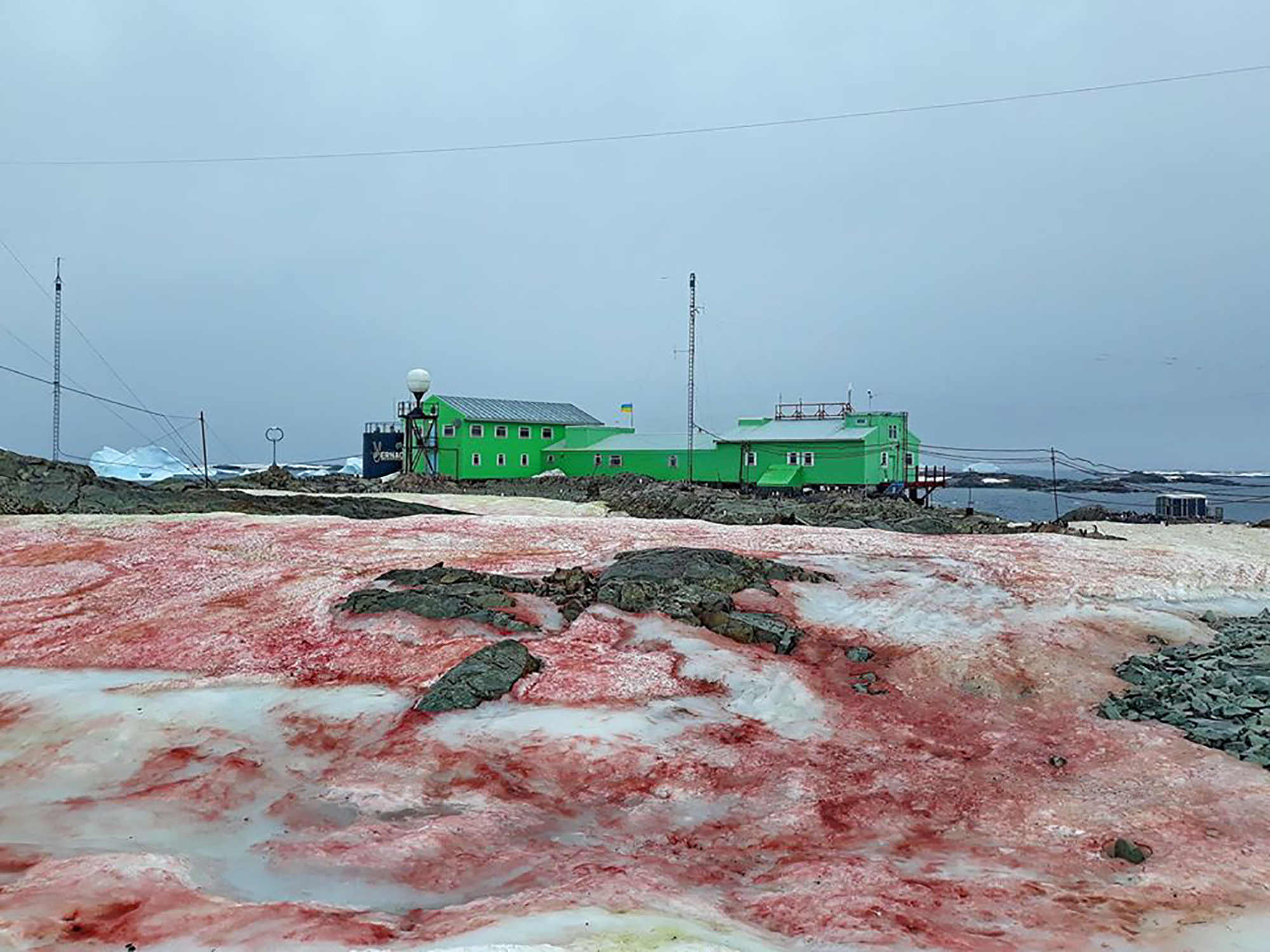 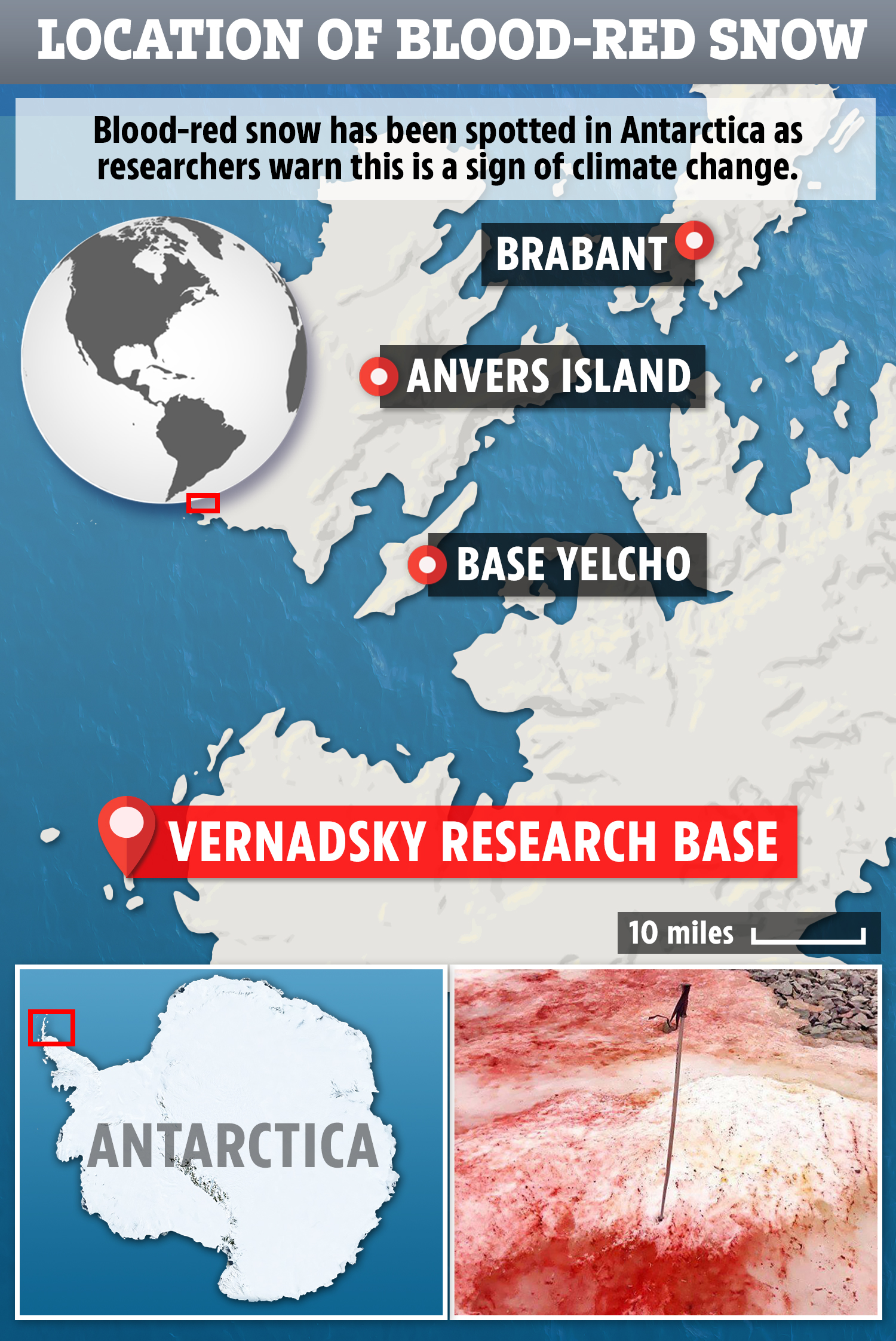 This isn't a new phenomenon and was actually spotted by ancient Greek philosopher Aristotle back in the third century BC.

The algae looks red because it contains similar pigments to what makes carrots and pumpkins orange.

Red pigment helps the algae absorb heat and protects it from UV light.

The algae thrives in the Sun but this can be bad for snow and ice as the algae can cause even more melting. 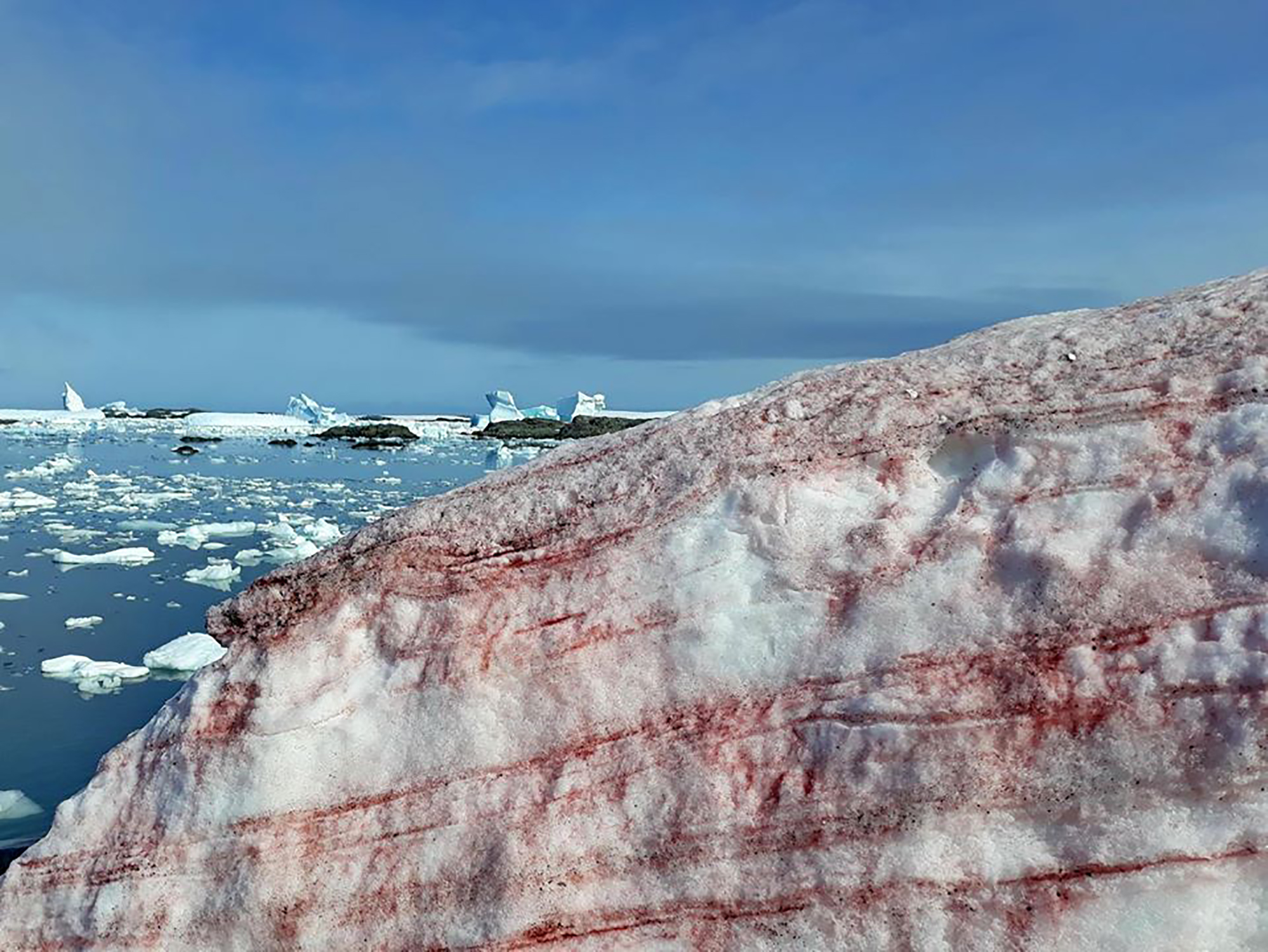 Ministry of Education and Science of Ukraine explained on Facebook: "Snow blossoms contribute to climate change.

"Because of the red-crimson color, the snow reflects less sunlight and melts faster. As a consequence, it produces more and more bright algae."

The more heat absorbed by the algae, the faster the ice around it melts.

The less ice, the quicker the algae can spread.

It's a vicious circle that's only exacerbated by warmer temperatures.

A similar process is currently creating extreme algal blooms in oceans all over the world.

If global temperatures continue to rise then these strange events are expected to become more common. 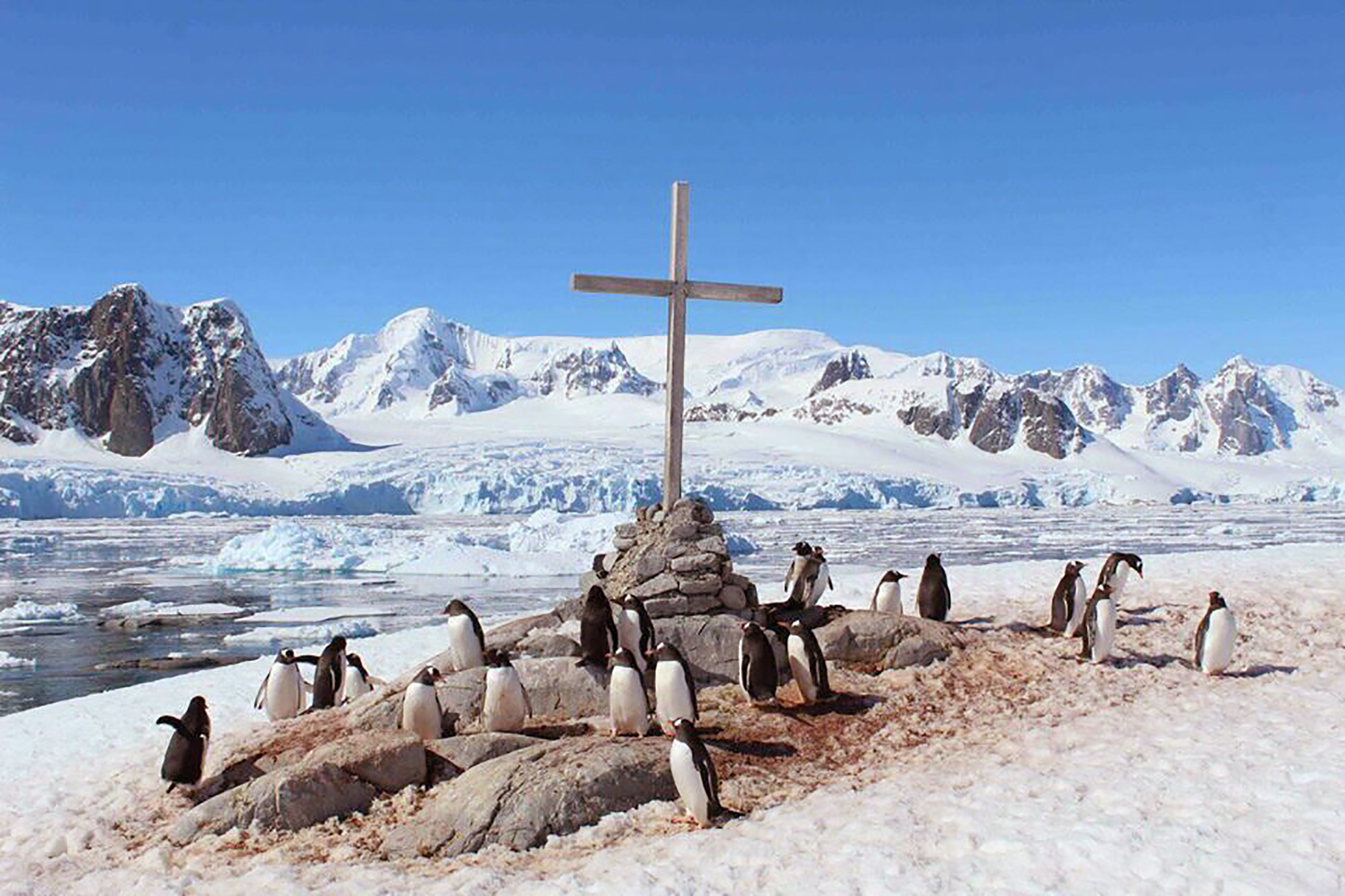 Here are the basic facts…

In other news, soaring temperatures in Antarctica have resulted in a never-before-seen island emerging from the ocean.

Rare ice volcanoes have been spotted on Lake Michiganthanks to a recent cold snap.

And, magical scenes in oceans and rivers have been revealed by the Underwater Photographer of the Year Awards 2020.

What do you think of this red snow? Let us know in the comments…