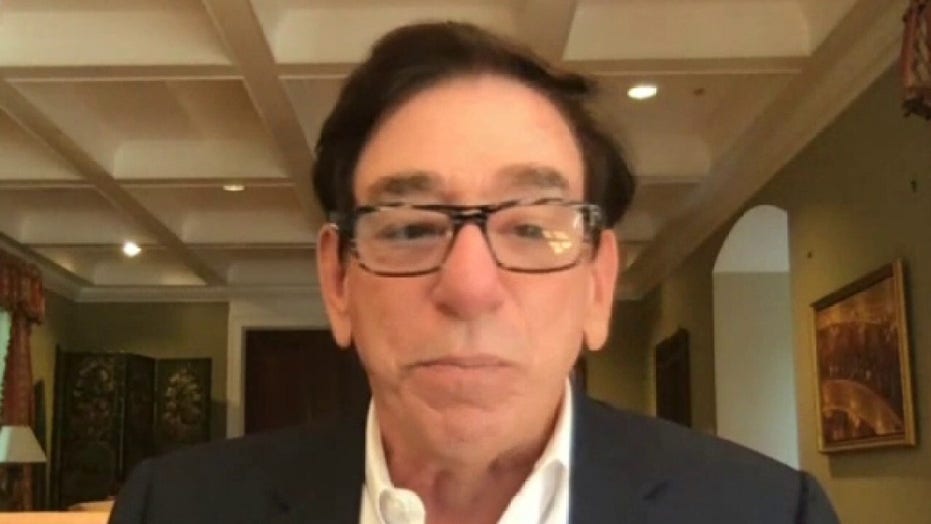 Regeneron CEO Dr. Leonard Schleifer tells ‘America’s Newsroom’ the company is trying to get expanded emergency use authorization from the FDA so others can access the treatment.

President Trump continues to make progress as he receives treatment for COVID-19. He has a 99 percent survival rate according to the data but in reality it may be higher.  That’s because the president is benefiting from the latest state-of-the-art care: a medication that is directly attacking the virus (Remdesavir), another medication that neutralizes the spike protein (Regeneron’s polyclonal antibodies), and a medication that is reducing the inflammation that damages the lungs (dexamethasone).

These therapeutics mean the older published case fatality rate of 3.4% for the president’s profile (a male 71-75 years old with one comorbidity) is approximately 80-85% lower today than in March and April from which the 3.4% number was derived.

Note that many quoted statistics we’ve seen since the news broke of the president’s diagnosis can be misleading since they include data from March, April and May when we had no idea how to treat COVID and had few tools in our toolbox.

In May, we learned that 40% of deaths were vascular-related, a finding which established the role of blood thinners (anticoagulation) in treating COVID. While the population risk is real and should prompt everyone to take this virus seriously with masks and distancing, the case fatality rate has been steadily decreasing with each of intervention introduced into practice.

The president’s recent clinical improvement is also a positive prognostic sign.  We know that his kidney and liver tests are normal, his vitals are normal, and he is now oxygenating normally on regular room air. His early symptoms of a transient decrease in oxygen saturation and fever are reported to have resolved, suggesting a favorable trajectory.

He also has a dream team taking care of him. My colleague at Johns Hopkins University, Dr. Brian Garibaldi, is one of his treating doctors and I can tell you Brian is one of the best pulmonologists in the world. He has impeccable clinical judgment and is an expert in acute lung injury.

LIVE UPDATES FROM FOX NEWS ON TRUMP'S HOSPITALIZATION FOR COVID

If I were sick, I would want Brian to take care of me. I have not spoken to Brian about the president’s case, but when I heard he was caring for him, I was knew that he would get the best care humanly possible.

Despite allegations by the media that we have no idea how the president is doing, there is plenty of information in the public domain to know.  We need to let Brian and the other doctors on the team do their job without pressuring them for updates every 15 minutes.

Some in the media are demanding more information about the president’s health as if his doctors should map the president’s entire genome and post it on the Internet.  But at this point, Mr. Trump’s condition is well-described and his prognosis appears to be excellent.

I admire the president for having the humility to listen to his doctors and go to the hospital. There are also many lessons about COVID everyone can learn from, namely that the virus threat remains at-large and that the virus is a highly contagious virus, deserving of our attention.

Having followed his case closely from a distance, I’m very optimistic. But in medicine we take a 0.6% risk of death very seriously with any illness or operation.

Here’s the best-case scenario: President Trump’s symptoms resolve in the next few days and he is cleared 10 days from the onset of symptoms. That would mean a date which would be Oct 11-12. Of course, two negative COVID tests would be required to confirm a clinical recovery.

Given the positive outlook, we should all be thankful that the president is on a good path.

36,000 franchisees could shutter forever without a new stimulus package, as operators of iconic brands like Pizza Hut, Golden Corral, and more file for bankruptcy

Pelosi rips Trump for trying to 'scare' voters: 'Don't pay any attention to what the president is saying'